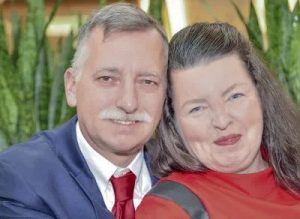 We have just been informed that Okanogan County has requested to mediate the case (attempt to settle) prior to the filing of a federal civil rights lawsuit.

In July of 2019 the Faires sent the following Demand Letter to Attorney Paul Kirkpatrick, which represents, in a condensed fashioned, the nightmare the Faires have been forced to endure since being falsely arrested and jailed in mid-June of 2015:

The Faire case has reached a final conclusion with the voluntary dismissal of the case on appeal, rendering the Dismissal with Prejudice of the trial court a final decision, no longer subject to appeal. A copy of the Mandate is attached hereto.

The procedural history of this case on appeal is significant, as the Washington Association of Prosecuting Attorneys (WAPA) ultimately reviewed this case, and a panel of six prosecutors representing six separate counties in Washington reached the conclusion that the appeal should be voluntarily withdrawn because “the State is unlikely to succeed at trial in disproving Mr. Faire’s claim of self-defense beyond a reasonable doubt.”

However, the self-defense argument is but a part of this case. The case was dismissed because of the misconduct by the Prosecuting Attorney and others. The court found a violation of Criminal Rule 8.3(b) saying that “the combined effect and consequences of the state’s actions prevent the defendant from having a fair trial” – from the Memorandum Opinion Granting motion to Dismiss, p. 12.

The court also found a violation of Criminal Rule 4.7(h)(2) finding that the Prosecuting Attorney had breached his continuing duty to disclose matter or information and finding that dismissal was necessary as a result.

Finally, the court found a violation of the standard set forth in Maryland v. Brady, 372 U.S. 83 (1963); State v. Straka, 116 Wn.2d 859, 882 (1991). In dismissing the case, the trial court found “governmental misconduct so prejudicial to the defendant that he is denied the opportunity for a fair trial.” The court also found that dismissal was appropriate “given the egregious nature of the cumulative misconduct” and that the “cumulative effect of the government’s actions, or inaction, constitutes sufficient bad faith that dismissal is required.”

However, the tort claim which has been properly served on Okanogan County concerns more than just the Brady violation and other violations of due process. Mr. Faire was also incarcerated for eight months and remained on electronic monitoring for an additional eight months.

After thirty months the state on its own motion dismissed the five original felonies – First Degree Murder; Second Degree Felony Murder; First Degree Assault; First Degree Trespass, and First-Degree Theft – they had lodged against Mr. Faire. None of these charges could be sustained. Okanogan County, given the facts which were presented once the witnesses were actually interviewed, realized it could not demonstrate intent, and the First-Degree Murder charged was dismissed.

Complainant Richard Finegold admitted in two separate interviews that he had granted Mr. Faire permission to enter onto the property, to stage his personal items on the property, and even to stay in the residence, having given him the key.  As a consequence, the state could not sustain any trespass charge, let alone First-Degree Trespass. Ex-Prosecutor Karl Sloan was present at these interviews, when Finegold admitted to filing a false police report.

Okanogan County when discovering that the GoFundMe account belonged to the defendants and that they had spent nearly double the amount raised in the account for the intended recipient, attempted to reduce the charge to Third Degree Theft, only to discover that venue was completely improper.  The case was dismissed and referred to Snohomish County, who simply declined to prosecute.

Okanogan County could never prove intent on the First Degree Assault charge, as the person who had allegedly been assaulted at the time, George Abrantes, was repeatedly beating on the windshield of Mr. Faire’s truck, the driver’s side door, rear view mirror and driver’s side-window with a makeshift, but exceedingly deadly weapon comprised of an oversized steel padlock and an approximately 24-inch section of logging chain, with the stated purpose of trying to break the glass to “pull him off the wheel.” James Faire was clearly fleeing, in fear of his life and that of his wife’s during the heat of George Abrantes’ unprovoked, murderous assault.

As a consequence, Okanogan County recognized that it could not sustain any of the requisite felonies for Second Degree Felony Murder and dismissed it as well.  James Faire spent 30 months facing these egregiously false and malicious charges which would have never been brought had the Sheriff’s Department engaged in a competent and complete investigation before placing Mr. Faire under arrest. Ex-Okanogan County Sheriff Frank Rogers announced the case solved and the perpetrator(s) were in custody, or words to that effect, on KREM 2, a live television broadcast, less than 24 hours after the incident occurred. This rush to judgment took place before any meaningful investigation could possibly begin. 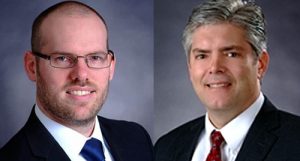 However, instead of reaching the conclusion that WAPA quickly reached when it read the file, Okanogan County continued to press forward with restated charges including Vehicular Homicide and Vehicular Assault and completely ignored the evidence before it concerning the crimes actually committed by the witnesses.

Finally, it is this writer’s analysis and opinion that a Class A felony under Washington State Law, to wit Assault 1st degree, was the proximate causes in the death of Debra L. Long. Specifically, Debra Long died as a result of George Abrantes commission of Murder in the first degree under RCW 9A.32.030, (a.k.a. Felony Murder in the first degree).

It is this writer’s opinion that Debra Long died because George Abrantes assaulted and attempted to murder James Faire. As previously noted, Mr. Abrantes repeatedly and viciously attempted to strike James Faire in the head, face, neck, and spine with a deadly impact weapon. George Abrantes’ assault upon James Faire so thoroughly menaced, traumatized, distracted, and disoriented him that in his overwhelming fear of death or great bodily harm he accidentally ran over Debra L. Long while fleeing for his life from George Abrantes. 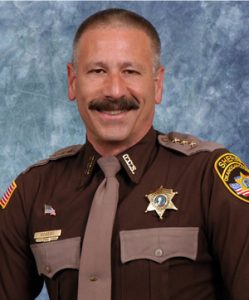 James Faire was arrested on June 18, 2015.  As previously stated, Mr. Faire was convicted on television, by ex-Sheriff Frank Rogers within 24 hours by the statements made by Sheriff Rogers (retired), who, without having set foot on the crime scene, reported to all of Okanogan County and Washington State that they had already captured the murderers, who he referred to as “squatters.” You can view the KREM 2 news video by clicking here.

Mr. Faire was subjected to a First-Degree Murder charge for 30 months.  His legacy will always be “he who was charged with murder.” In this electronically connected world, Mr. Faire has been subjected to constant harassment and even death threats associated directly to the original and uninformed stance which Okanogan County recklessly and maliciously assumed, regarding the characterization of the events and of Mr. Faire. These attacks have not waned in light of the dismissal of his case and no one can speculate on when or if they ever will. Okanogan County’s actions have and continue to cause James and Angela Faire egregious emotional pain and reputational damage.

According to current Okanogan County Prosecutor Arian Noma’s statement prior to him being elected, “The Faire case is an example of prosecutorial misconduct, incompetence at best. A prosecutor must think, investigate, and learn the events and facts before charging anything – something that obviously didn’t take place in Faire’s case. It’s taken three years [now four years] to get this case dismissed, which equals many months of lost liberty; many months of being in jeopardy of losing liberty. It will take years for the Faires to rebuild their lives and they were not even guilty or convicted of any crimes. Despite this, just being charged, their reputations will be affected forever.”

Okanogan County has never publicly or privately apologized for its vengeful prosecution of James Faire.  Even as late as May of 2019, Okanogan County through its appellate attorney expressed a determination to reverse the decision of the trial court and convict James Faire of crimes they knew or should have reasonably known he did not commit.

Mr. Faire believes that there is substantial corruption in Okanogan County, particularly within the prosecutor’s office, the public defender’s office, and the Sheriff’s Department.  He believes a 42 USC §1983 action will unveil the remarkable depths of this corruption and that a jury will be keenly interested in curtailing this action hereafter.

Editor’s Note: The US~Observer has covered the Faire false prosecution from day one. All Faire case articles can be found at www.usobserver.com.

Anyone with information on Attorney Paul Kirkpatrick, the Kirkpatrick & Startzel P.S., the insurance fund representing Okanogan County or any of the players in this case are urged to contact Edward Snook at 541-474-7885 or via email at editor@usobserver.com.

Our readership should look forward to an update on the results of the upcoming Mediation and why it either fails or succeeds.