Prosecutor Branden Platter is Out! 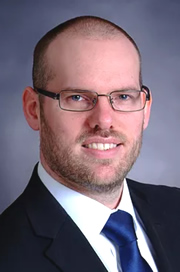 Branden Platter was voted out

Okanogan County, WA – Cementing the defeat of the previously appointed Prosecuting Attorney incumbent, Branden Platter, the Okanogan County, Washington, election has been certified. Roughly 60% of the voting public cast their vote for his more experienced challenger, Arian Noma. For many citizens it was a vote to secure protection for themselves and their fellow residents from a local government justice system that has become synonymous with corruption, incompetence, rushing to judgment, and false criminal charges.

The race had become an important issue as more reports of injustices at the hands of the Prosecuting Attorney’s office, dating back to the corrupt administration of Karl Sloan and continued by Branden Platter, crept to the surface while the US~Observer heavily publicized the false murder charge leveled against James Faire. 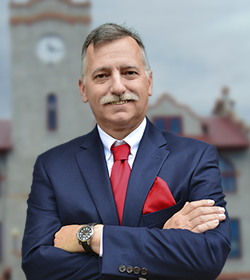 James Faire and his wife Angela Nobilis-Faire had been wrongfully arrested, then unjustifiably and maliciously maligned to KREM News when Sheriff Frank Rogers mischaracterized them as “squatters” who killed a woman by running her over, twice. Facts clearly established by the evidence would find that the Faires were not squatters at all, and were set-up, then violently attacked by a mob whose direct actions resulted in the death of one of their own.

The Faire’s found themselves in a 3 year-long battle to get their side of the story heard by the very agencies that were supposed to have investigated the case and who were prosecuting them. Finally, on July 16, 2018 Judge Christopher Culp ruled to dismiss James Faire’s charges with prejudice, citing as his reason, “egregious breaches of constitutionally protected rights of the defendant by the prosecution and for continued acts of prosecutorial misconduct.”

In August, Platter filed his notice of appeal in the case demonstratively showing his disregard for a defendant’s “constitutionally protected rights” and his proclivity for “prosecutorial misconduct.”

“He really sunk his own ship,” stated Edward Snook, editor-in-chief of the US~Observer. “We reached out to Platter on several occasions, ensuring he had seen the evidence for himself but he simply ignored all of it and continued with this charade. I know the public saw that.”
Snook went on to explain that a competent Prosecuting Attorney would never be against dropping charges against an individual they were trying to convict, if the evidence showed they were innocent. “However,” he pointed out, “in today’s justice system individuals of this caliber in prosecutor offices are few and far between. More often than not they are just like Platter, unwilling to let a case go, even when they are on the wrong side of justice. Fortunately, Okanogan County just might have a good one with Noma. He said all the right things, now let’s see if he follows through.” 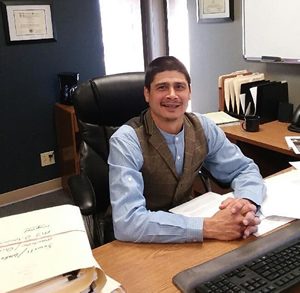 Arian Noma was very vocal about his feelings regarding protecting individuals on his watch from false prosecution stating he will, “work to achieve justice, not just convictions.”

In fact, Noma stated he had observed several of James Faire’s court hearings, and when the case was dismissed, Noma weighed-in saying, “The Faire case is an example of prosecutorial misconduct, incompetence at best. A prosecutor must think, investigate, and learn the events and facts before charging anything – something that obviously didn’t take place in Faire’s case. It’s taken three years to get this case dismissed, which equals many months of lost liberty; many months of being in jeopardy of losing liberty. It will take years for the Faires to rebuild their lives and they were not even guilty or convicted of any crimes. Despite this, just being charged, their reputations will be affected forever.”

Obviously for the Faires, who in October filed their intention to bring a civil rights case against Okanogan County, Branden Platter and others, Noma was the right choice to have heading the prosecutor’s office.

Nobilis-Faire reached out once she found out Noma’s victory against Platter had been certified saying, “If I could say anything to Arian Noma right now, it’d be: ‘Thank you, Arian, for having the courage and conviction to stand up and endure the hardship of the campaign trail. May the principles of truth and justice guide you as you restore honor and integrity to the Okanogan County justice system.'”

Her sentiments have been mirrored by residents from Okanogan County across social media:

“Prosecutor Arian Noma wins!!! Welcome to a new era of judicial patience, cognitive reflection, and new direction for the county that saves money and stops fruitless prosecutions. May the guilty pay and the innocent fear not.” – Alex Thomason, Facebook

Even those that voted for Platter can see that change might be a good thing:

“Well I have to admit I voted for Platter but on the flip side I’m excited to what Arian can accomplish. Time to step up and show why you will be the better prosecutor!” -Carrie FortyEight Port, Facebook

Arian Noma was sworn in on November 27th. It has been reported to us that he is putting in long hours to become familiar with the people and the cases he has adopted from Platter’s heading of the department.

As for Platter, it has been reported that his time in the Okanogan County Prosecutor’s office officially ended on December 5th. Noma had retained Platter briefly as the department transitioned.

According to court records, Platter’s brief in the appeal against Judge Culp’s dismissal of the Faire prosecution was supposed to be due by December 21, 2018. It now falls on Arian Noma’s shoulders to either complete and file the brief or simply vacate the process and not challenge the Judge’s exceptional ruling (and, perhaps, go after the statutorily guilty parties).

Either way, a new day has come to Okanogan County – not only is there a new sheriff in town – there is a new prosecutor, and as of now, it sure seems as if justice has come home.

The US~Observer has made several attempts to reach Branden Platter for comment on the election results and what he expects for his future. He has not responded. We have every expectation that no matter Platter’s endeavors, the US~Observer will always be right there to remind him of when he lost his way and he let innocent people face false prosecution.

Sex Crimes: One Person’s Word Against Another