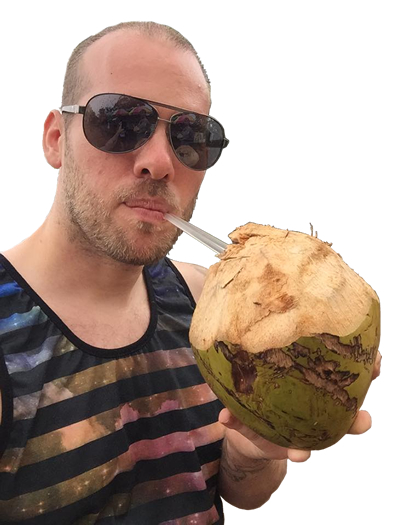 Author’s Note: Okanogan County Prosecutor Branden Platter has factually obstructed justice in his continued prosecution of James Faire for crimes that were, according to the letter of state law, committed by another individual.

It is a Fact that Prosecutor Platter has all of the information contained in this article, and much more right in front of him.

It is an absolute Fact that Branden Platter has attempted to cover-up George Abrantes’ crime of Felony Assault against James and Angela Faire (that resulted in the death of Debra Long – which according to Washington State law makes Abrantes culpable for Long’s death).

It is a Fact that Platter has covered-up Richard Finegold’s crime of Filing a False Police Report by failing to charge Finegold in a bid to keep Finegold’s credibility intact.

It is a Fact that Platter has covered-up the Fact that Debra Long and her gang hid their vehicles before James and Angela arrived back in 2015, so they could ambush them and attempt to silence them, using deadly force. And on, and on and on!

It is also an absolute Fact that the US~Observer can and would be sued for making all of these claims if they weren’t the absolute truth…It is also good to remember that while prosecutors enjoy a level of immunity for civil liability, they can and should be held criminally liable for Obstruction of Justice in cases such as this. 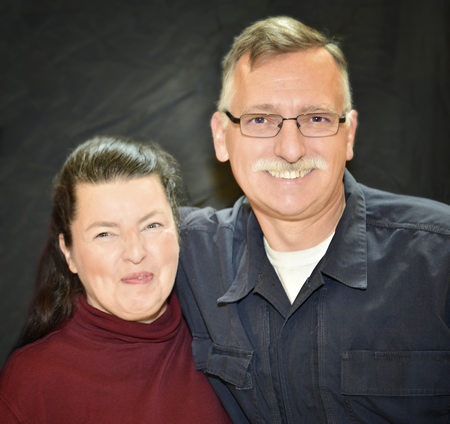 Okanogan County, WA – After undeservedly suffering under the weight of a potential sentence of life in prison for well over three long years, James Faire has filed a “Claim for Damages” with the Clerk of the Board of Okanogan County Commissioners.

Superior Court Judge Christopher Culp dismissed Faire’s criminal charges on July 16, 2018. Faire’s false charges were originally leveled against him by Prosecutor Karl Sloan in June of 2015 and amended by Prosecutor Branden Platter in January of 2018. Even though Platter lowered the charges against Faire, the new charges still carry a possible life sentence. Further, even though Judge Culp dismissed the manufactured criminal charges, Platter has appealed Judge Culp’s ruling, essentially meaning that James Faire is still under the same overwhelming pressure as he was before the dismissal.

James Faire states in the Claim, “I was arrested and held in custody from June 18, 2015 until February 19, 2016 and held on electronic monitoring from February 19, 2016 until October 28, 2016 on five charges that were later dismissed by amendment on January 23, 2018, because they could not be sustained. I was then prosecuted on four new charges, one of which was dismissed for lack of proper venue on March 26, 2018; the remainder were dismissed when the court entered its Order of Dismissal.”

Faire’s legal counsel, Stephen Pidgeon, concludes the Claim by stating, “Claimant suffered wrongful imprisonment for 15 months (both in jail and electronic monitoring), violations of claimant’s right to due process and his civil rights; permanent damage to his reputation, emotional distress, loss of earnings, property damage, and medical expenses, loss of irreplaceable items, loss of consortium, loss of amenity, loss of companionship, loss of enjoyment of life, statutory damages, incidental damages, consequential damages, and pain and suffering. Claimant is also asserting punitive damages based on the federal statute and based on the oppressive arbitrary or unconstitutional actions by the servants of government, and attorney’s fees which are available under a federal cause of action.”

While the US~Observer has thoroughly published the facts in this case (which can be read by searching “Faire” here on our website), a summary can be explained in a few short paragraphs:

On June 18, 2015, Debra Long culminated her premeditated conspiracy to eliminate James and Angela Faire’s ability to expose her efforts to steal the estates of Michele St. Pierre and Richard Finegold, by enraging her gang to the point where they would ambush, kidnap and then attempt to kill James Faire. Long used very sophisticated lies to cause George Abrantes, Ruth Brooks, Michael St. Pierre and Richard Finegold (her gang of four) to attempt to destroy the Faires.

The incident in which Faire was charged started on the evening of June 17, 2015 when Richard Finegold, at the prompting and direction of Debra Long, knowingly filed a false police report with the Okanogan County Sheriff’s Office. Finegold has since stated on the record he wouldn’t have filed it if Long hadn’t forced him to. On June 18, 2015, the group again called the Sheriff’s Office to inform them that James Faire had run over Long and Abrantes – they failed to tell dispatch that they had ambushed and attempted to kidnap the Faires and that Abrantes tried to smash James Faire in the head with a heavy chain and lock immediately prior to Faire fleeing in an attempt to save his life and that of his wife.

Sheriff’s Deputies, already on the look-out for Faire because of the lies contained in Finegold’s false report, arrested James and Angela after the Faires had called 911 to report the crimes committed against them. 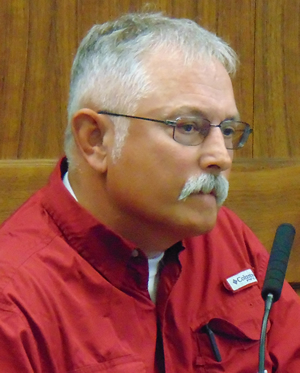 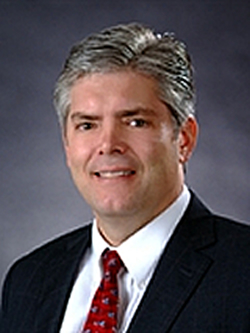 Detective Kreg Sloan rushed to get an arrest report to his brother, Prosecutor Karl Sloan. The Faires were charged with Murder in the First Degree and numerous lesser crimes. Frank Rogers, the Okanogan Sheriff, immediately went on KREM News and reported that they had arrested the Faires. Rogers stated that the Faires had been squatting on Finegold’s property, and then they ran over Long and Abrantes. He even went so far as to allude that they were crazy by asking, “Who in their [right] mind goes and moves into somebody else’s house?” All of the statements made publicly on KREM News have since been conclusively proven to be outright lies, based on recorded statements from prosecution witnesses.

The defense in this case claims that George Abrantes had Ruth Brooks video the incident because he planned to rush Faire with the lock and chain, that Abrantes knew Faire carried a gun and that he would never shoot him, but that he would pull the gun if he was rushed. Abrantes would then be in the clear for striking Faire in the head. This writer believes this theory based on the fact that witnesses at the scene have testified that Brooks was videotaping the incident as it played out and the prosecution’s witnesses have stated that they knew Faire would not shoot. 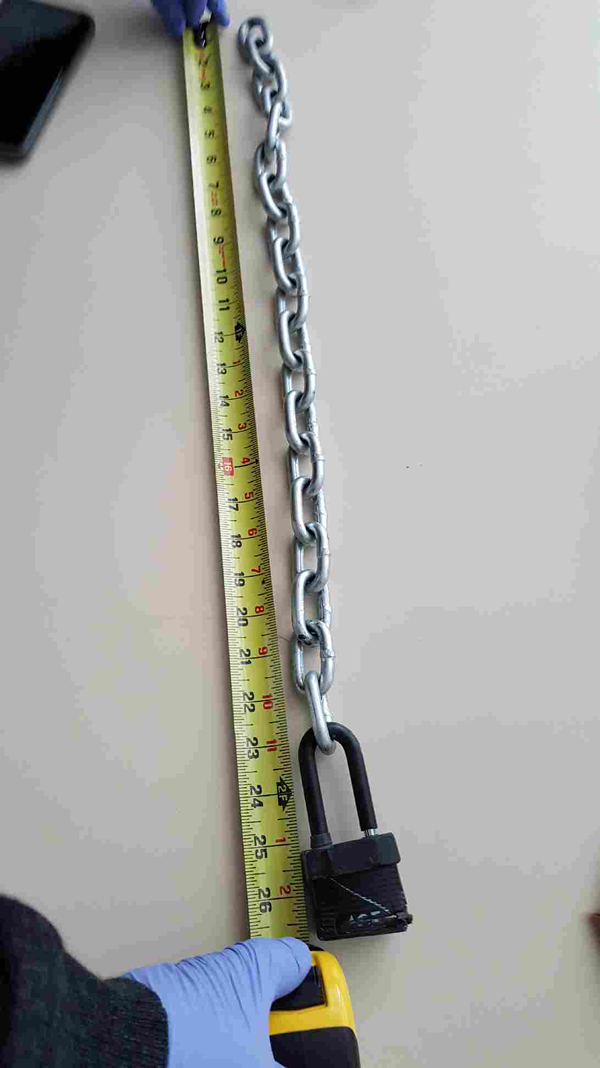 The chain and lock used by George Abrantes while attacking James Farie.

After the Faires escaped the violent scene of the incident, Ruth Brooks, realizing she was part of a criminal, premeditated conspiracy, allegedly tried to hide Abrante’s chain. She then altered the crime scene by returning a hidden vehicle, so the police wouldn’t realize the incident was an ambush and she then placed Abrantes’ phone next to Debra Long’s deceased body. Brooks later informed detectives that the phone belonged to Long, when in fact, it was subsequently learned by Detective Kreg Sloan that the phone belonged to George Abrantes.

A hearing was scheduled for June 24, 2015 wherein Faire’s attorney at the time, Nicholas Blount, would demand discovery from the state. At 2:49 p.m. on June 23rd District Court Judge Charles Short signed a search warrant ordering Abrantes’ cell phone be “Seized and Safely keep property seized.” The warrant further ordered “all digital data on the cellular phone including but not limited to call logs, phone contact lists, text messages, digital images or videos, instant messages, location data or other data pertaining to the events involving the homicide of Debra Lynn Long and assault of George Abrantes.”

We believe that Detective Sloan saw the video and/or the text messages, which proved Faire’s innocence, that he contacted Karl Sloan, informed him of the evidence and that they decided to simply get rid of it and cover-up their false arrest of James and Angela Faire.

Here is a small portion of our proof! Detective Kreg Sloan stated in an email to Branden Platter on June 7, 2018 (three years after the fact) that on June 24, 2015 at 8:37 a.m., he contacted his brother, Prosecutor Karl Sloan and got an instruction from him to dispose of George Abrantes’ cell phone. At 8:50 a.m., just 13 minutes later, Kreg Sloan rushed to deposit the cell phone in a FedEx package and ship it back to Abrantes – just short of four hours before the Discovery request would be made in open court. This is just part of the reason that Judge Culp called the actions by the Sloan brothers “egregious” in his Order dismissing all criminal charges against James Faire.

The Sloan brothers avoided the Discovery request that would be made in open court, and they clearly didn’t expect anyone to uncover they had violated the orders contained in the Search Warrant. They were dead wrong.

The Sloan brothers didn’t mention one word about the phone they had gotten rid of at the June 24, 2015 hearing, in fact they only addressed it nearly three years later when the defense made an issue out of it. During a June 28, 2018 evidentiary hearing Kreg Sloan made the excuse, on the record, that he had downloaded the contents of Abrantes’ phone onto his laptop computer and that the contents were lost when his laptop was infected by a mysterious “Russian Ransomware Virus”. Detective Sloan failed to remember that when he met with defense counsel and the defenses’ expert witness on March 28, 2018 that he stated he had downloaded the contents of Abrantes’ phone onto the Sheriff’s Office server, not his laptop.

In a court-ordered deposition which occurred on June 12, 2018, Abrantes was finally questioned about the phone. He stated that he had deleted all texts between Long and himself just weeks prior and he denied there being a video, although he “never checked” to see if such a video existed before deleting all videos to make room for “podcasts.” How convenient. Anyone with any knowledge of criminal procedures knows good and well that evidence in a criminal case is to be preserved, especially in a 1st Degree Murder case. Prosecutor Branden Platter certainly knows this, yet he continues covering-up the crimes of the Sloan brothers – to the point where he is now a part of those crimes by obstructing justice.

According to defense counsel Stephen Pidgeon, “Platter claimed that Faire’s act of fleeing the murderous assault by Abrantes was ‘unreasonable’ because he should have known that if he couldn’t see Debra Long, that somehow Debra Long was in danger of being run over. Platter asserts this even though he knows that during this event Abrantes directed some eight blows with a heavy chain with a padlock fixed to it directly at the head of James Faire, and that Faire acted unreasonably by running over Long as she was on the ground in front of the truck he was driving.

“In fact, when I asked Platter what he would do if he were attacked by a person wielding the same chain that Abrantes used, that shattered his rearview mirror while he was sitting in his driver’s seat, he responded: ‘I refuse to answer that question.'”

That just about says it all, doesn’t it?

Editor’s Note: Branden Platter was appointed Okanogan County Prosecutor on September 14, 2017 by a 2:1 vote of the County Commissioners. Since Platter took office the US~Observer has received numerous complaints charging this corrupt prosecuting attorney with Obstruction of Justice, Witness Tampering, and filing false and malicious prosecutions against innocent individuals.

One of the cases we have already taken on strongly appears to be a false and malicious prosecution. We are in the process of investigating this case and will be publishing the facts we uncover in the near future. Another case we will feature has to do with Platter’s abuse of a mentally challenged individual.

Anyone with information on Branden Platter or Shauna Field is urged to contact Edward Snook at 541-474-7885 or via email at editor@usobserver.com.

Santa Barbara Gun Club Being Destroyed From Within?