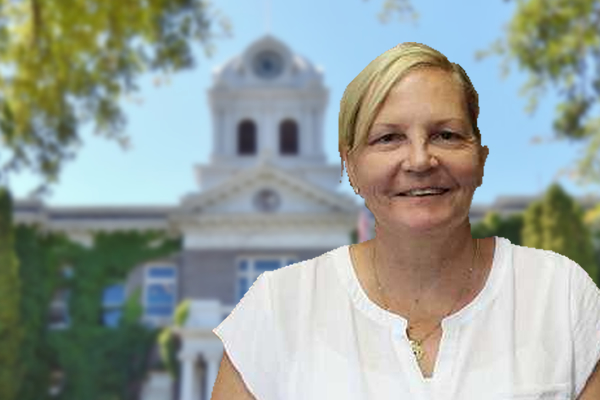 Crook County, OR – Nestled in the middle of what seems to be nowhere is the small, charming town of Prineville, Oregon. Prineville hosts Crook County’s Courthouse. Crook County, with a population of around 22k, has barely grown in population since the 2010 census. In contrast to its charm, Prineville has a public official who some locals feel doesn’t quite fit in – Judge Daina Vitolins.

Previously, Judge Vitolins was a Crook County Prosecutor and District Attorney for the better part of a decade until she was appointed to a judgeship by Oregon Governor Kate Brown in June of 2017. Since becoming Judge, multiple cases she has presided over have come into question. This in part has contributed to her tarnished reputation. While Vitolins does have some community support, multiple residents in her community believe she is contemptible, and they aren’t just those who she has presided over.

According to one anonymous source whose criminal case is ongoing, “Vitolins deviates horrifically from the law.” This anonymous source was deeply concerned about blow-back from Vitolins if their identity was revealed prior to a verdict being rendered in their case. This defendant was sure that if wrongfully convicted, the appeal would be easily overturned due to the disregard for rules by Judge Vitolins.

According to several friends and family members in a separate ongoing case, a divorce case, Vitolins was accused of not understanding the law. Seemingly like the other report. “She doesn’t follow basic rules. In my friends’ case, she (Vitolins) can’t even follow basic recommendations by experts who have pointed them out, lawfully. In her court, it’s as if she is being directed to rule favorably toward the client of the law firm who influenced her appointment by Governor Brown.” – Friend of Casey Mott

Those are just a few quotes that were provided to this writer. 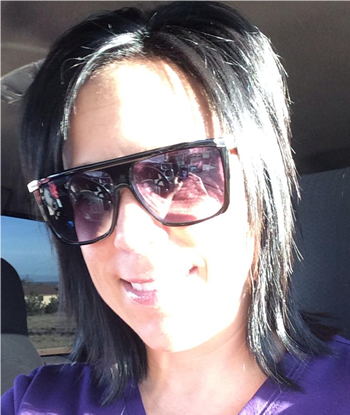 In the ongoing divorce case between Leslie and Casey Mott, a couple of Casey Mott’s friends contacted the US~Observer. Reports of unlawful rulings by Vitolins over custody payments coupled by restrictions against Casey Mott were voiced. One friend stated, “She’s (Judge Vitolins) deviating from law. It appears that she (Vitolins) only needs to hear Leslie’s lawyer say how it is to be, and she agrees!”

Interestingly, since Casey and Leslie separated, Leslie’s son has chosen to live with his step father instead of his biological mother. Casey and Leslie’s other son, a minor, is currently caught in the middle while custody is disputed.

When talking with Casey’s step-son, this writer asked him, ‘why don’t you live with your mother?’ He replied, “because she’s a very terrible person. She’s a liar and I don’t want to be a part of that.” He continued by stating he believes his mother Leslie has stolen money from his step-father and has attempted to alienate his younger brother from Casey. This writer asked if he had witnessed Leslie stealing or alienating. He said, “yeah, she did it with me… She (Leslie) told me Casey was a very, very terrible person my whole life.” He finished by saying he’s heard Leslie say mean things about Casey to his younger brother. When asked if Leslie had been faithful to his step-father, he was certain that Leslie had cheated on multiple occasions. One time being while he was in her care as they were traveling out-of-town when he was younger.

Back in 2013, Leslie and Casey Mott were both arrested for domestic abuse during a dispute that allegedly stemmed from Casey finding out about Leslie’s infidelity. Neither were convicted, but Crook County Sheriff’s Deputy Jeremy Neely stated in his police report that, “upon retrieving my digital camera, I photographed the blood droplets on the floor… I additionally photographed Casey’s lower lip and face…” Deputy Neely continued, “Casey stated several times that he did NOT want to prosecute Leslie… He (Casey) was also given a referral to a plastic surgeon to have the damage repaired to his lower lip because a portion of it was missing.” 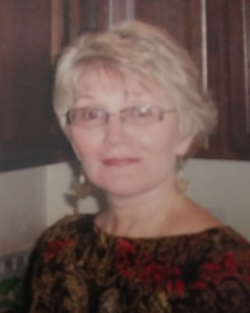 Other reports surfaced that Leslie and her legal counsel have stalled to the point that at least three separate custody evaluations couldn’t be completed, prolonging events. Then, child custody evaluator Linda Luther-Starbird, Ph.D., 70, was selected by Leslie’s Attorneys, Kyle Piro and Joel Kent of SK&H law firm. Although Casey allegedly objected, Starbird was confirmed by Judge Vitolins. The US~Observer has found nothing damning regarding Starbird’s past. We will be looking further into her past, including when she lived in Colorado. Let’s hope for the sake of Mott’s young child that Starbird talks with all family members who know the details of this case.

“Judge Vitolins rules in favor of those who she is best associated with in this small community.”
— Concerned Citizen of Crook County

This writer contacted Casey Mott. Casey refrained from providing comments. He was seemingly fearful of Judge Vitolins retaliating against him if he provided helpful information. This writer also attempted to contact Leslie Mott, without success.

Other records this writer obtained indicate that Judge Vitolins was sued by a former Crook County Employee for unlawful employment practices. The suit alleged that the employee was, “targeted by Vitolins…” Eventually, the employee found out that a new hire was being trained for the same position. The plaintiff’s job was then, “terminated.” The suit was settled in 2017, costing Crook County Taxpayers $63,397.00.

In previous years, two other cases involving then Prosecutor Daina Vitolins were reported on by the US~Observer. Both cases ended favorably toward those who Vitolins had wronged. Perhaps Governor Kate Brown was mistaken when saying, “She (Judge Vitolins) has earned a reputation as a passionate advocate for the rule of law and the public good?” The US~Observer demands – for the sake of justice – Judge Vitolins rules according to law in these two current cases. Judge Vitolins ran for office, unopposed, in 2018. She will hold Position 3, for the 22nd Judicial District until 2024. The US~Observer will be publishing an in-depth feature once both Leslie and Casey Mott’s divorce, and the anonymous criminal case are formally adjudicated.

Editor’s Note: If you have any information about anyone mentioned in this article, the US~Observer would like to hear from you. Email: editor@usobserver.com or call 541-474-7885.