Never-ending ambiguous tax code, bribed witnesses and the reliability of professionals should be taken very seriously when you file and pay your taxes. Overlooking one small detail could cost you much more than money. 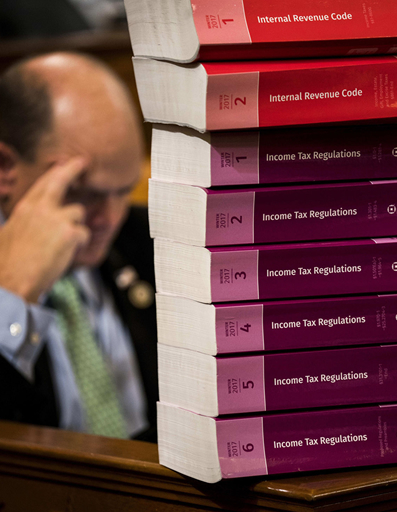 Most versions of the Bible are comprised of around 1,189 pages of text. If you’ve ever endeavored to read it you know how big of a task that is but it’s light reading if you compare it to the U.S. Tax Code. With a whopping 73,954 pages of around 4 million words, it makes the Bible look like a children’s book! If you include Internal Revenue Service (IRS) tax regulations, then IRS code and regulations are roughly 10-times greater in size than the Bible. So, how can anyone ever know the entire tax code? Fact is, no one can, and despite all your measures to file your taxes lawfully you can potentially be held criminally liable each time you file.

Any person charged with a crime has the right to choose – should you exercise your right to a jury trial? Or, do you take a plea deal? “Before the 1960s, between one-fourth and one-third of state felony charges led to a trial, compared to just one-twentieth today,” according to legal scholar William J. Stuntz.

Federally, 97% of people criminally charged accept guilt in the form of a guilty plea. What we don’t know is, how many of those people were innocent. And that statistic may never be known. One shocking fact is the immense amount of time and costs needed to overturn a wrongful conviction. Obtaining an exoneration for an innocent is truly next to impossible. Just ask an attorney. Most innocent men and women spend decades fighting to set the record straight. Some spend an entire lifetime after conviction without success.

With taxes, it’s easy to understand why prudent people utilize deductions for business. The more money you must pay the IRS, the less you have to spend! Some people spend hundreds of thousands of dollars with tax professionals for the very purpose of saving more money. It’s not a crime to try and save money. After all, successful businesses usually plan for ways to increase profit. Obviously, extra money is helpful for growth.

Tax Professionals May Not Always be Reliable, But You are Always Liable

Should you have to sacrifice your freedom for the mistakes made by a professional (CPA, Attorney, etc.) who you entrusted and paid to file your taxes? That is a question that usually takes more evidence for a logical conclusion. Nonetheless, thousands of business owners have paid penalties, interest, and some pay with loss of freedom for the blunders of a professional. In the United States, the majority of people charged with tax crimes are found guilty. The majority of tax cases end with a defendant spending an average of over one year in prison. And, a large amount of those found guilty claim they had no clue they did anything wrong. 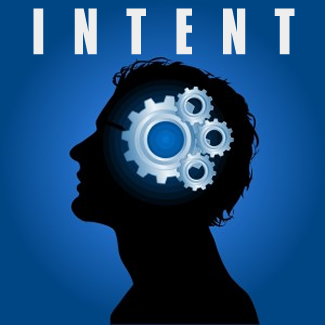 The Average Person’s Determination of Guilt

With tax crimes comes one important word to remember: INTENT. Most people understand that someone must have intent to commit a crime in order to be guilty.

Also, of importance is the reliability of government witnesses. Should you always believe them? If someone is testifying against a defendant in exchange for any form of immunity (reduced sentence, or no criminal charges) they must be looked upon as unreliable. Often “snitches” or “informants” who offer incriminating testimony in exchange for freedom are reliably unreliable. It is almost always one person’s word against the defendant in cases where informants testify against defendants. When you have one person’s word against another in exchange for leniency, that is the very definition of a “bribed” witness. Do not trust them.

Being a freedom loving American means believing absolutely anything you want to believe. We’ve now taken that into such an extreme that a lot of us are unhinged from reality. After all, 2/3 of American’s believe in global warming. 75% of American’s believe vaccines do not cause or contribute toward autism. And 108 million American’s believe the government is hiding a cure for cancer. Despite where you fall on either side of the above-mentioned issues, you can see that YOUR reality is likely different from someone else. Differences aside and etched into the very founding of our country is the principle that 100% of defendants are to be presumed innocent until proven guilty, not 50 percent, 60, or any other percentage. Just because someone is on trial does not mean they are a criminal.

Furthermore, it is humanly impossible for someone to know over 4 million words of tax code. So, the next time you hear about a person charged with a “white-collar” tax crime, stop for a minute. Think. Could this person just as easily be YOU? And, if it were you, how would you want to be judged? Would you want jurors to assume you are guilty, simply because you are on trial? 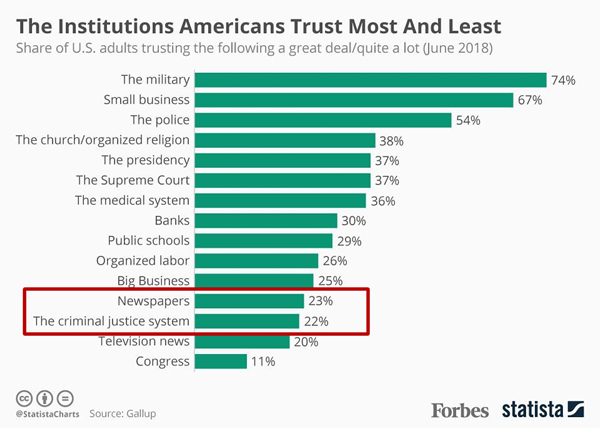 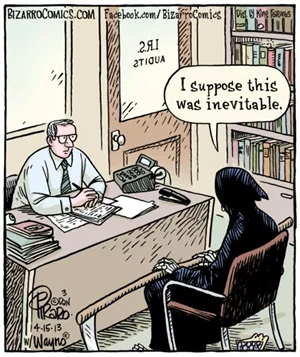 The IRS utilizes government agents to investigate, indict and convict. Government agents use media to bolster their belief of guilt, before ever winning a conviction. Depending on what source you use, the majority of U.S. Citizen’s do not trust government today. That figure is also relative to Media. Perhaps the U.S. is more polarized now than ever before? Don’t blindly believe someone is guilty simply because they’ve been arrested or even convicted.

That is why the US~Observer believes in the power of the word INTENT. If you or anyone you know ever have the privilege of serving on a jury, make sure that you not only keep reasonable doubt in mind but also Intent. In criminal tax cases, don’t allow a prosecutor to make a defendant appear to be guilty because you pay taxes and they didn’t pay a certain tax – make them prove INTENT! Taking the offensive with taxes and doing your best to show non-criminal intent is always the best practice.

Don’t let one (taxes) of the only two (death & taxes) guarantees in life short-change you of the other!

Editor’s Note: If you or anyone you know have been falsely accused or convicted of tax crimes, contact the US~Observer. We may be able to help! Email: editor@usobserver.com. Phone: 541-474-7885.