Foul Play Uncovered In the False Conviction of Kris Smith

Grand Junction, CO – Four months ago a featured story in this paper brought to light the blood sport that is prevalent in the federal criminal justice system. Kris Smith was convicted by a jury on three felony counts of willfully filing false tax returns (see our previous article on Kris Smith). It was made abundantly clear that the prosecutors used blue smoke and mirrors to convince the jury to bring in the verdict. Most of Ms. Smith’s evidence was deemed inadmissible by Judge Phillip S. Figa, essentially dooming any kind of a defense that would ensure true justice. Due to court procedures and corrupted rules of evidence the jury was only allowed to see evidence the prosecution vouched to be conclusive thus ensuring a guilty verdict. 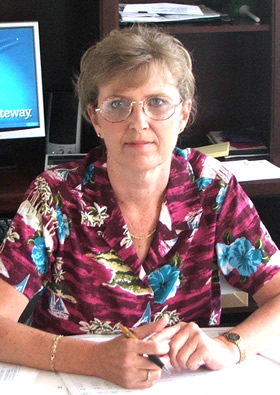 In part her attorney was outclassed by the Department of Justice full time tax crime prosecutors who travel the country far and wide nailing down convictions through their courtroom antics. Fortunately, Kris’s defense attorney has shown to be a standup person, due to the fact that in his heart and soul he is convinced that she is innocent he now admits he was overwhelmed by the procedures that left him virtually hogtied by the robotic manipulation of the courtroom by prosecutors. In an attempt to assist Ms. Smith with redemption he has willingly admitted that his defense of his client was indeed ineffective due to his lack of experience dealing with federal tax cases. This admission is leading the way for Kris Smith to move the court for a retrial based on the fact that prosecutors stacked the deck against her.

Due to her firm belief that the government unfairly railroaded her she retained a San Diego law firm to review the case. Last week a declaration with documents in support of a motion for a new trial was filed that exposed the many devious practices that are not uncommon in both state and federal courtrooms across the country. Foremost, was the contention that her trial attorney failed to present certain exculpatory evidence into the trial and conversely allowed key testimony to go unchallenged. This defense error was predicated on the fact that prosecutors had orchestrated the trial in such a way as to obfuscate the fact that Smith was truly a victim of a tax scam and not the promoter of the same.

The government proved this to be a fact in the main case involving Anderson Ark in Seattle, WA in late 2004. The government in that case went to the trouble of issuing a second superseding indictment that clearly stated that people not unlike Ms. Smith were victims of a fraudulent investment scheme. Smith’s new counsel cites the legal premise of the doctrine of collateral estopple that according to Black’s Law 6th edition is defined as: “Prior judgment between same parties on different cause of action is an estoppel as to those matters in issue or points controverted, on determined of which finding or verdict was rendered…When an issue of ultimate fact has been determined by a valid judgment, that issue cannot be again litigated between the same parties in future litigation.” With this definition in mind how can Smith be a victim as judged by the Seattle decision and then be prosecuted for being a perpetrator in the same tax scam. Kris Smith and other scammed investors in Anderson Ark have felt the second edge of the sword of justice that was meant never to be wielded in the true pursuit of justice. The blood sport of prosecutorial misconduct is allowed to run rampant in this country for many reasons, with the most important being financial ruin of the defendants. Fines, restitution and defense attorney’s fees are what keep the system well oiled. Once a government functionary sets their sights on an individual the principals known as blind justice, presumption of innocence, preponderance of hard evidence and the ability to mount a defense become subplots in a bad movie.

The Seattle case proves that the scammed investors had no knowledge of the fraud. Yet the government states that because she had business acumen she must have known she was filing false tax returns. No need to prove this allegation as long as the jury is so informed and takes it as fact. In order to be the victim of fraud one has to be ignorant of the alleged facts that the perpetrators are concealing to affect the fraud. If the principals of Anderson Ark were convicted of defrauding Smith and others then she must have had zero knowledge of the scam. A reasonable person would think this to be axiomatic. DOJ prosecutors totally ignore this dichotomy since it hinders their conviction rate. The overwhelming proof of Smith’s ignorance of the fraud is that she put her own money into the deal willingly because of the confidence she placed in the men and women working the scam. This principle alone should have prevented the government from prosecuting Smith.

Most tax crimes similar to the Anderson Ark tax plan are handled as civil cases. Since this case was not, did the government think they had an air tight case? However, air tightness should not be misconstrued to include malicious prosecution of a true victim. Could this prosecution be driven by the fact that the IRS had missed their deadline mandated by the statute of limitations? One can only ponder.

Mens Rea is another issue that begs to be discussed. Defined in Black’s Law 6th edition: “It is the element of criminal responsibility: a guilty mind; a guilty of wrongful purpose; a criminal intent.”

Does a reasonable person willfully and knowingly flush their retirement funds down the sewer? Not if they are of sound mind and body. Most people who are victims of a scam are led to believe that there is a pot of gold at the end of the rainbow. In Smith’s case there was a very convincing, exciting and seemingly legitimate business opportunity available. Isn’t this how most scams work? Are the victims of the proverbial pigeon drop scam prosecuted by authorities? Of course not, as it would be absurd to do so. In the Anderson Ark program people were led to believe that the investment program was up and running and ready to yield large returns. The tax deductions were backed up by IRS codes authorizing such tax treatment. Any and all duplicity was conducted offshore in Costa Rica, completely outside the purview of Smith and others.

One of the glaring government errors is the fact that they prosecuted Kris Smith because she became an Information Officer (I.O.) for Anderson Ark. One of the government witnesses against Smith was Bill Hays, the I.O. that introduced Smith to Anderson Ark. She in turned recruited others thinking she was offering a fine investment and savings program to the public. No where in the Seattle Superseding Indictment does it allege that any I.O. conspired with the defendants in that trial, however, it does show that the I.O.’s were declared victims of the fraud. Yet she is dragged through the legal muck and mire in the name of blood sport. This unconscionable behavior isn’t about finding the truth. The truth in this case would indict the prosecutors.

Every single piece of evidence that the government used against Smith and was lifted from the Seattle trial that proved she was a victim. They described how the fraud worked in the opening days of the trial inferring that Smith was part and parcel to the creation of the scheme, which started in 1996. The governments facts are skewed since Smith did not hear about Anderson Ark until 1999, thereby making it impossible for her to be a co-creator of the scheme. Also, the fact that she was following the advice of purported tax professionals was deemed insignificant. This instruction gave her a state of mind that her participation was totally legal, unbeknownst that the scam artists were stealing her retirement funds. The bizarre allegation that Smith knew the ins and outs of the Anderson scheme was not based on fact but on prosecutors’ flimsy belief that 20/20 hindsight always precedes action. Assistant United States Attorney (AUSA) Larry Wszalek went so far as to tell the jury that because Smith’s investment partnership didn’t rent office space or buy office equipment that she should have known her business venture was a sham. Interesting deduction if you have no idea what the program offered. The partnership invested in an ongoing business development venture, whereby many other partnerships had a piece of the pie. The money invested allegedly went for development of the product which was not described as a conventional store front business. How many startup businesses are initiated without all the amenities of a law office? The money for this venture went into product development not mahogany paneling.

Even more troubling is the fact that Smith and other investors did not take the initiative to create their own tax returns, file forms to recapture back taxes in accordance with the plan or work independently from Anderson’s advisors. The alleged illegal conduct was mandated by the scam artists and these allegations were proven in the Seattle trial. More importantly the Seattle trial proved that the fraud was concealed from Smith. Yet she is prosecuted. A fine kettle of fish if there ever was one.

With her new attorney adamant about her innocence it will be interesting to see if the vaunted federal prosecutors make the effort to retry Smith once a new trial is granted. The government may have invested too much in this folly to turn tail. Knowing they will be going up against a successful defense attorney may make them call in sick for the next trial. The US~Observer will continue to report the score in the DOJ’s blood sport and whether or not Judge Phillip Figa grants Smith’s motion for a new trial. Stay tuned!