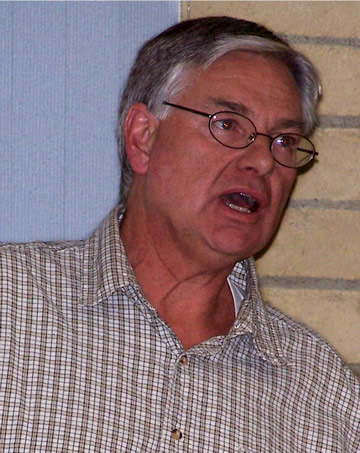 The session was nothing more or less than a conspiracy between Gold Hill Public Works Director and convicted heroin dealer Royal Gasso, Donna Silva, Jan Fish and Gus Wolf. Councilor Tom Daily who has been heavily courted over the past month-plus by Gasso let his feelings take over and he joined in with the conspirators to pass a new employment contract for Gasso that none of them had read. After the meeting when this reporter confronted Daily he stated, “You have no idea what this man has been through.” Obviously Gasso completely conned Daily – not surprising, that’s what cons do.

The new contract which should be overturned by the new council that takes office on January 8, 2007, would give Gasso a severance package worth nine months of his yearly wage which is approximately $62,000.00. The severance would be required only if the city council fired Gasso without cause. Quite convenient, given the fact that Gasso was under investigation for Official Misconduct, Unauthorized Use of a Vehicle and a possible parole violation. The City Council also voted not to hold anything in the past against Gasso, thereby rubber-stamping any possible crimes he may have committed. Shouldn’t this be considered Obstruction of Justice? Councilors Mike Hicks and Kathleen Price stood their ground and voted against this obvious act of Malfeasance but Gasso had already stacked the deck. The new city council should overturn the conspiracy vote if they are to properly represent the citizens of Gold Hill. The council should also fire convicted heroin dealer Gasso on the spot. The new council can use the case County of Klamath Falls vs. Select County Employee (1997) as precedent to overturn the conspired votes. 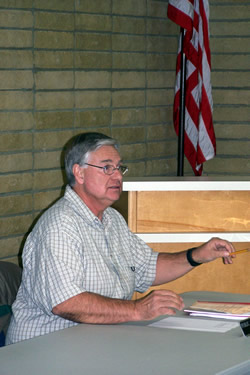 On November 24, 2006, Gasso and Frederick Dodson were discovered 15 miles south of Cave Junction, Oregon off of Happy Camp Road in a City of Gold Hill truck by Forest Service employee John Goodwin. Gasso told Goodwin that he and Dodson were looking for mushrooms. Later, after talking with (conspiring?) Donna Silva, Gasso told US Forest Service Law Enforcement Officer Sean Thomas that he and Dodson had really intended to go to Brookings and recover a report Gasso had written. The duo never made it to Brookings and rest assured they had no intention to go to Brookings in the first place as this took place on the day after Thanksgiving, meaning that offices in Brookings were closed. So, what were these two criminals up to? One can only imagine, however, it should be noted that Gasso is on felony parole and has been arrested in the past for Conspiracy, Possession and Distribution of Heroin, Driving Under the Influence of Alcohol and Being a Fugitive at Large. Dodson was arrested in 1981 for 1st Degree Kidnapping and for Felony Possession of a Controlled Substance with Intent to Distribute in 2003. Dodson is currently wanted on a Failure to Appear Warrant with a $15,000.00 bail out of Josephine County. Again what were the two criminals really doing out in the middle of nowhere in a truck belonging to and funded by Gold Hill taxpayers? And much more important, why have Wolf, Fish and Silva been protecting Gasso and allowing him and other criminals to have close contact with the citizens and children residing in Gold Hill? One thing for certain, Gold Hill voters really blew it when they failed to recall Wolf, Fish and Silva. When United States Forest Service Law Enforcement Officer Sean Thomas contacted councilor Donna Silva about criminal charges against Gasso and Dodson, Silva told him that Gasso was “self supervised” and the city didn’t want any charges brought against the two criminals.

Prior to the last election Jan Fish sent out a flyer to Gold Hill residents stating, “I would appreciate your vote for experience, stability and accountability in voting for Mike Stanley as Mayor, Gus Wolf to retain his Council Seat and Donna Silva to retain her Council Seat and writing in Bob Barry for a Council Seat.” Fish leaves no doubt about her agenda and it is certainly not about “accountability.” Bob Barry is reported to be a felon himself having been charged with possession of drugs on three occasions and drunken driving. Amazingly Barry and Silva didn’t get elected, however the completely unaccountable Wolf and Jan Fish are still on the council.

One last thought, Royal Gasso frantically stated at the last council meeting that he needed the new contract to protect himself from a new council that would do away with him for some unforeseen political agenda. The truth is he was worried the new council would see through his activities as nothing more than a smokescreen for possible criminal activity. Maybe Gasso knew the US~Observer was watching and there was no hope for him. Are we starting to get a good picture why Gus Wolf, Jan Fish, Donna Silva and Royal Gasso are so closely tied at the hip? Please – Please – Call the US~Observer at 541-474-7885 if you have any information on the “Bad Councilors or Convicted Heroin Dealer and Public Works Director for the City of Gold Hill,

Oregon Royal Gasso.” On the rebound – Why would Royal Gasso be concerned about his contract if he hasn’t done anything wrong? A guilty conscience speaks volumes, doesn’t it?