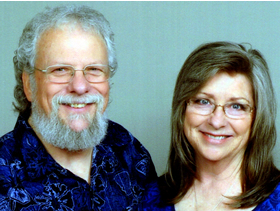 Medford, OR – Christi MacLaren has been fighting her ex, Sean Lenzo, for custody of her eldest daughter for several years. Christi’s step-father and mother, John and Linda Henson were initially considered helpful for Christi during this process. According to Christi, they hired an attorney to seek custody of the eldest child, in case Christi lost. Then things changed.

According to Christi, somewhere along the way their so-called help turned into “deceitful actions.” And, the allegations against John and Linda Henson are quite shocking.
In their most recent unprovoked attack against Christi, they have filed for “custody/support/visitation” of Christi’s other child, against her and her husband’s will.

The eldest daughter had previously claimed she was abused by her biological father, Sean Lenzo. Professionals issued supporting reports of the alleged abuse. As crazy as this may sound, DHS caseworker Cori McGovern filed a faulty report claiming Christi was mentally unstable and that Christi had caused her daughter to disclose the abuse, and that it had not occurred. In 2015, Judge Ronald Grensky used these reports to take custody away from Christi. Gresnsky gave custody of the daughter to her alleged abuser and biological father – Sean Lenzo.

In separate cases, McGovern has been successfully sued before for failing to protect children while working for DHS. McGovern cost Oregon taxpayers more than one million dollars according to an attorney who sued her. Multiple online articles from different sources confirm McGovern’s troubled past.

As if this story couldn’t get more unbelievable, after custody was taken from Christi, McGovern’s faulty DHS reports were then overturned by DHS supervisors. However, the ruling responsible for taking the child was not. Cori McGovern was not held liable and is still employed by DHS.

After passing two mental health exams, and having the faulty DHS reports overturned, Christi fought to get her daughter back. Tragically,  in October of 2017, Judge Grensky ruled against Christi again. Despite the ruling, Christi did receive almost fifty-percent unsupervised parenting time after previously having no visitation with her eldest daughter. Christi is now appealing the wrongful decision handed down by Judge Ronald Grensky.

In Grensky’s ruling, the Grandparents received court-ordered time with the child. However, that is also being appealed. Sadly, Linda Henson (Grandmother) was reportedly playing her own daughter throughout the process. Linda’s recent action seeking “custody/support/visitation” of Christi’s other child is being done against Christi and her husband Gabe’s wishes.  It is believed that Christi’s parents are trying to take both of her girls. Strangely, nobody seems to know why?

You see, through Attorney Robert Good, Linda Henson previously informed the court that she would take care of Christi’s girls during working hours. But, that never happened according to witnesses. This caused problems between Christi and her parents. Having that support would have helped greatly, especially during working hours. Christi and her husband Gabe stated that Linda Henson would neglect to watch the children consistently. “Linda would only watch the girls when she wanted to, not on a set routine, and would sometimes forget altogether,” according to Christi. Finding dependable daycare while working has been an issue. Mistakenly, the court believed that Linda could, and was providing the care which she reportedly was not. 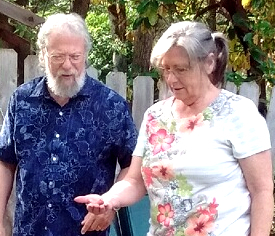 Linda and John Henson let Christi and her family live in a double-wide trailer on their property. That trailer became infested with rats. With nowhere else to go, Christi often felt hopeless. She was constantly looking for a new home, while caring for her family and fighting for custody. Funds were tight for Christi. She was trying to pay expensive court costs. Additionally, she had to constantly screw kitchen drawers shut to keep rats from coming inside the living area. Eventually, Christi raised the money to fix the rat problem. Unfortunately, a new problem arose when Christi received the pest control inspector’s report. In the report, it was stated that, “If we were to trap, they (rats) would return. I do not think this home is habitable at all.” This writer personally talked to the pest inspector. The inspector stated there were too many rats, big rats – more than the pest controller had ever seen!

“Evicting their own daughter and grandchildren”

According to statements, instead of helping Christi by providing a truly healthy environment for their grandchildren to live in, John and Linda Henson “evicted” Christi. Christi stated Linda gave her verbal notice to move on several occasions. “72 hour notice, 48 hour notice, and a 24 hour notice” as Christi recalled. They apparently knew she had limited resources and seemingly took advantage of the situation. Luckily, Christi found help to move. When the eviction happened, Christi and other witnesses became very concerned. Linda and John Henson’s actions caused Christi to revisit her past – a past she prayed would never return.

Upon meeting John and Linda Henson, one would find it very difficult to think they could be bad people. They portray themselves as honest and friendly. John really seems to be a nice guy. He also seems to be a little naive. Linda is the quiet type, constantly smiling. But face-values can sometimes be deceiving.

Christi was previously estranged from her mother and step-father for nearly ten years. In particular, abuse claims against Linda surfaced as this writer began asking important questions. Attempting to seek clarification, I emailed Linda Henson. She never responded to several requests to confirm or deny the allegations. The allegations were reported by several witnesses who personally know Linda and John Henson.

Allegations against Linda and John Henson:

1. Linda dropped Christi and her brother off on her Father’s doorstep without reason. She dropped them off to live with him shortly before Christmas when they were just children. Furthermore, Linda did this without informing her children or their father.

2. Christi and her only known brother were neglected by Linda at an early age.

3. Linda Henson had Christi admitted to a mental institution when she was a teenager. The institution ended up clearing Christi of mental defect, stating that the real concern was her own mother, Linda.

4. When Christi turned sixteen, Linda put her on a train without notice and sent her off to live with her father. Christi’s father had no knowledge she was coming to live with him until she arrived.

5. Linda has another son, aside from Christi’s only known brother. She has kept this from Christi and her sibling. Court records reflect the name, Richard.

6. Linda is deceitful. Those who know her say she displays deep control issues.

7. John Henson helped Christi’s ex gain custody by testifying he would trust him around his own children if he had any. This testimony was provided after professionals claimed the child should not be around the biological father – not even supervised.

8. Both John and Linda denied or downplayed the alleged abuse of Christi’s eldest daughter. Sean Lenzo (father) failed two separate polygraph exams. The results show he lied about telling his daughter he, “had a special bullet for her mother (Christi).” Other questions were asked about cigarette burns on the child… pulling the young child’s hair… suffocating the child… Bottom line, Sean Lenzo failed two polygraph tests. Both tests were about abuse.

9. Linda Henson cheated on her ex-husband. 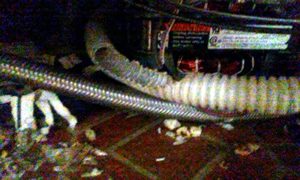 10. She (Linda) filed a lawsuit or claim against an insurance company, stating she was disabled, when she was not.

11. Linda has recently attempted to keep Christi from seeing her eldest daughter when the child is with Linda.

12. Linda has kept Christi and her family away from her personal home, even when she knew they were cold, and without heat in their trailer for a short period of time.

13. She (Linda) would tell the court/attorney’s she could watch the children, while not doing so adequately.

14. Linda would treat Christi poorly, knowing that Christi was dependent upon her for a place to stay. 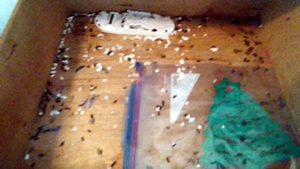 15. John and Linda Henson knowingly allowed Christi and her family to live in a rat infested home that was deemed not habitable.

16. John and Linda Henson evicted Christi, leaving her and her children without a home.

Christi has never been convicted of any crimes. She has won a Presidential award for her humanitarian work. She is one of the most loving and caring parents this writer has ever met. Christi has also endured a life that most could not. She continues to fight for the safety of her daughters. Additionally, she maintains one of the most positive attitudes despite what life hands her. Christi’s husband Gabe has no prior criminal history.

Examining the Fallout of Experimental Prosecution