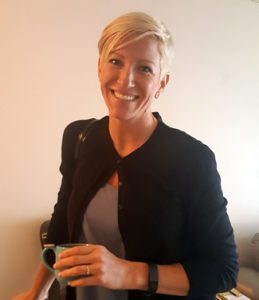 Clackamas County, OR – It appears that Ann Yela of Yela Fiduciary Services (formerly Farley Piazza) is up to her same old allegedly unethical practices. Since our last article in May 2017 more families have come forward with complaints about Yela.

Ann Yela is a “professional” guardian/conservator appointed by the court to take care of those who can’t take care of themselves. This gives her total control over the person and their finances, making them a “protected person also called a ward.”

Professional Guardians and Conservators are supposed to be “held to a higher standard,” as they are appointed by the court. Although, as recently as August of 2019, Attorney Steven Cade on behalf of Ruth Huglin filed multiple motions against attorneys Kenneth L. Baker, Nathan A. Rudolph and Ann Yela as conservators. It is alleged that together they perpetrated a fraud upon the court, Ruth Huglin and her daughter Ronda Butler. Cade filed a Motion to Vacate Judgment Appointing Conservator Ann Yela as conservator for Huglin.

Cade sites in the Motion “the judgment was procured through fraud and was entered without jurisdiction and therefore should be set aside.” Cade states that Baker committed fraud against Huglin’s daughter by “serving fraudulent notices on the persons entitled to notice.” Really troubling is the fact that Huglin did not need or want a conservator, let alone one with Yela’s reputation. Huglin attempted to stop Yela by filing an objection with the court. However, Baker and another attorney reportedly filed to withdraw Huglins’ objection without her knowledge or consent. 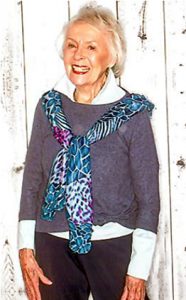 Cade states, “In fact, neither lawyer had authority to file such a document on Ms. Huglins behalf.” To make matters worse, according to information, within a matter of weeks Yela and Rudolph had billed thousands of dollars for which Huglin received no benefit. Cade states, “the putative conservator has already begun squandering Ms. Huglin’s assests and income.” Cade filed another motion for fraud with regard to Yela and Rudolph’s fees. In Cade’s motion “To Vacate Judgment Awarding Fiduciary & Attorney’s Fees And Costs” he states, “the fraud here is simple. The conservator is required by law to notify the protected person of the fee petition. Yela, certified to the court that she did so by mailing.” However, before the mailing, Yela had all Huglin’s mail forwarded to herself. Cade states, “the conservator’s mailing was actually a mailing that was directed to herself, the conservator.” As a result, the protected person was not given notice even though Yela’s proof to the court made it look otherwise, “and the conservator knew it” Cade stated. In her declaration Huglin added, “I no longer receive any mail at my residence except mail Yela has opened and then decided to forward. To this date I have not received a mailed notice of the petition filed by Yela or her attorney for fiduciary or attorney’s fees.”

In Washington County Circuit Court Cade is representing the family of another ward that Yela is both guardian/conservator of. One family member found evidence that Yela had allegedly instructed the caregiver she hired to begin drugging their father with the powerful sedative Serequel days prior to a scheduled doctors visit, then abruptly stopping the medication shortly thereafter.

On March 22, 2019 Cade’s office filed a declaration and evidence of the chemical restraint of their elderly father by Yela. In the accompanying motion Cade states, “Even though his dose of the powerful sedative Seroquel had been doubled a few days before the visit, he was physically capable of attending.” In addition to chemical restraint the family alleges Yela withheld medical care and committed emotional abuse and Medicare fraud by lying about her ward’s diagnosis to Medicare. The family further alleges, “What Yela did was pass Pat Terrill off as an RN at the intake meeting with the hospice RN and then providing false information … like that he was incontinent, had congestive heart failure, required being lifted … all totally false.”

Once we “got a copy of the hospice intake form she could see what Yela had done to falsify information, which was fraud”. The family states they filed complaints with the Department of Justice, Oregon Medical Board, Law Enforcement, Medicare and Adult Protective Services (APS). The family has reason to believe that as a result of their complaints and evidence against Yela that in July of 2019 Yela made a plea deal with APS related to the Medicare fraud and chemical restraint. Yela has since resigned as guardian and conservator of their father.

“If guardians exceed the power allowed in SB2601-A, the families can go to court (without an attorney) to address guardians excessive control/power. This should be a huge help to many families. It is also retroactive meaning guardians will have much less power over their clients and families. HB 2601-A goes into effect on January 1, 2020.”

Of the eight exhibits presented to the Senate Committee On Judiciary on May 6, 2019, five were complaints related specifically to Ann Yela. Nathanson has stated that dealing with Yela is “an ongoing nightmare” after speaking to family members of Yela’s Wards. One exhibit was an article written and published by the US~Observer, titled: Feeding Off Faulk Trust Assets – Criminal Charges Filed Against Wrong Individuals.

It’s no surprise that the Guardian/Conservator Association (GCA) of Oregon did not support the bill as it could make it difficult for guardians/conservators like Yela to perpetrate their alleged crimes. Interestingly, according to one witness, “Yela once sat on the board of the GCA” – that should tell you something. Many of these abuses have been reported to the GCA, who reportedly have done nothing.

Yela’s activities were first brought to the attention of the US~Observer when investigating for the article on Jack Dunn and Rose Henley. We learned that they were targeted by Yela and others for speaking out on behalf of their longtime friend and neighbor Wayne Faulk, who Yela had become guardian/conservator over. This, after they discovered Linda Faulk, Wayne’s former sister-in-law, had allegedly “committed fraud and bilked over a half million dollars from Wayne Faulk’s trust.” The reported “theft” was allegedly later covered up by Yela, her attorney Nathan A. Rudolph, APS’s Jr Oleyar and Detective David Lundervold of the Clackamas County Sheriff’s Office (CCSO).

Police report #16-25621 was filed in September 2016 with the CCSO about Linda Faulks’ alleged theft, along with an abundance of evidence, yet the report was closed as “unfounded” and no arrest was made of Linda Faulk. A letter from Wayne’s former attorney alleges otherwise. On October 15, 2016, Eric Kearney wrote to his then client Wayne Faulk, “I have provided the conservator (Ann Yela) with information and notes from the file regarding evidence of Linda’s mismanagement of the trust and your personal money.”  This is in addition to the evidence already provided to CCSO. The information about Linda Faulk was also provided to the Clackamas County District Attorney’s Office.

This leaves us all wondering, when will the true criminals be prosecuted? Meanwhile Henley and Dunn still await trial on false charges. Their trial has been reset again to January of 2020.

Clackamas County District Attorney John Foote and his assistants who are handling this false prosecution should be ashamed of themselves! They should drop the false charges immediately or they will live with the public record that they falsely prosecute innocent people – not a good legacy at all when their names and positions are attached…

Editors note: It was recently disclosed that Patricia Piazza, Ann Yela’s partner as late as 2017, has serious complaints about herself as well – we are currently investigating these complaints among others.

We have been documenting every aspect of this case in great detail and will be publishing an expose on each player’s accomplishments, failures, etc. All prosecutors and defense attorneys involved will get to read exactly what they have done regarding their pursuit of justice, representation of their client, or lack thereof, in the near future. The entire public will get a real thorough look into the heart of this false criminal prosecution being pursued by the Clackamas County District Attorney’s Office. They will get a real good look at what attorneys actually do and don’t do when they are involved with a false prosecution!

Anyone with information about corrupt Guardians/Conservators or any of the individuals in this article are urged to contact the US~Observer at 541-474-7885 or send email to editor@usobserver.com.