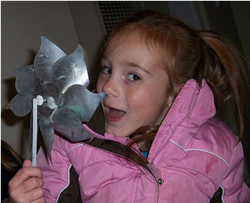 Wyoming – After the death of Roselynn Sanchez’s mother in 2011, her father Ryan Sanchez began a legal battle to get custody of her. Ryan has been in court numerous times, with very little progress in obtaining custody of HIS daughter thus far.

Roselynn lives with Trish Moerike, her maternal grandmother in Wyoming. According to information obtained, Moerike has been strongly opposed to Roselynn living with her biological father. It is reported that Presiding Judge Blair Jones, who is reportedly friends with Roselynn’s grandfather, has aided in keeping Roselynn from returning to her father and step-mother Andrea by continuing this case for the last eighteen months and failing to make a final ruling. 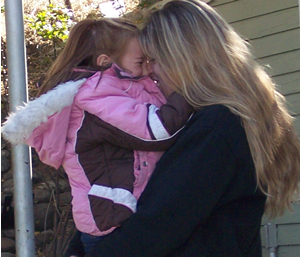 “My Daughter Roselynn is now 5. Her mother’s life was taken in September 2011 and I have been fighting since that day to bring her home. For the first 9 months after her mother’s death, I was only given one phone call with my daughter, but never allowed to see her. Since June of 2012, I have had multiple visits with my daughter, both supervised and unsupervised. She cries every time I see her and asks, ‘Why can’t I stay with my Daddy’.

I have always been a part of my daughter’s life. We may have lived hundreds of miles apart but her mother and I were in constant contact when it came to raising Roselynn. Roselynn loved to talk on the phone with me, even if all you could hear was her little voice mumbling. Roselynn has taken to my wife very well, always giving her hugs and kisses and telling her she loves her.

The maternal grandparents are keeping my daughter from me and have completely destroyed our lives. They have accused me of many things, none of which are true. They have told Roselynn, ‘Your Daddy lives far, far away and that if you live with him you will never see your family again’.

Everytime I see Roselynn, we talk about family. She gets so excited when I tell her about the family she has never met. She wants to know all their names and asks, ‘when can I see them’.

Under the Constitution and State Laws, I have full legal rights to care for and raise my daughter as I see fit. The judge keeps making me jump through hoops and changing the rules as this has gone on, denying me all of my rights. No father should have to go through this.

This has gone on over 18 months now, please spread the word and help us Bring Roselynn Home.” 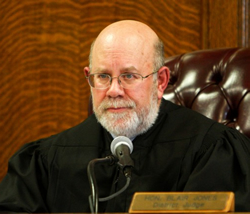 According to reports obtained, Trish Moerike, Roselynn’s grandmother has referred to Roselynn as, “her daughter”, which caused concern for people associated with this case.

Other allegations that Roselynn’s grandfather Bob Chambers has strong ties with the judge also confirm why this case is being heard in Montana and not Wyoming (where Roselynn resides), or Kansas (where Ryan resides), and furthermore, why there has not been a final ruling on this case in over eighteen months.

Editors Note: The US~Observer asks anyone with knowledge about Trish Moerike, Bob Chambers, Judge Blair Jones of Molt Montana or anyone else associated with this case to please contact us immediately at editor@usobserver.com. This case is ongoing. Please logon to www.usobserver.com for more reports, and be sure to logon to facebook and like the page “Help Bring Roselynn Home”. 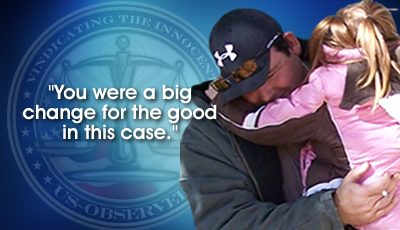 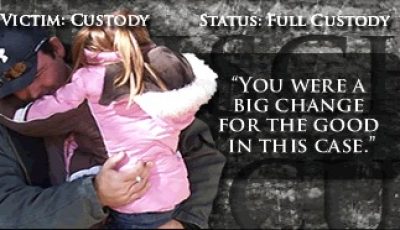