Innocent – Who Will Save Me?

The Rise of Groups Helping to Free the Innocent

Public awareness of wrongful prosecutions and exonerations across the United States has increased significantly in recent years. Accordingly, mainstream media coverage of these events has also been on the rise. This in turn has greatly expanded public interest. For innocent men and women seeking help, there are more options for help today than ever before. And, with more groups helping to free the innocent, those facing wrongful prosecution needing vindication, or those having already been convicted seeking exoneration, must wisely seek the help they need.

The first acquittal in the United States is not readily found, but one must assume they are rare – especially when an estimated 94-97-percent of all criminal cases charged in the U.S. result in conviction.

The first known exoneration in the U.S. occurred in 1820 when Jesse and Stepehn Boorn, brothers from Vermont, were convicted of murder. They were exonerated one year later when the alleged victim, their brother-in-law, was found alive in New Jersey. Almost two centuries later, the first known DNA exoneration occurred in the U.S. The year was 1989. DNA exonerations would soon become a catalyst for highlighting mistakes made by government in the criminal justice system.

Then in 2012, The National Registry of Exonerations (NRE) was created. The NRE tracks wrongful convictions in the U.S. The NRE was created by Rob Warden, former executive director of Northwestern’s Center on Wrongful Convictions, and Michigan Law professor Samuel R. Gross. NRE is the only known registry that tracks wrongful convictions in the United States. Prior to 1989, there had only been 378 known exonerations according to the registry. With the help of DNA, the number of exonerations has now expanded to 2,502 according the registry. Aside from lawyers who are traditionally the only help for the innocent, the U.S. has also seen a new trend; the emergence of groups dedicated to helping free the innocent.

Although a lawyer may be necessary in some cases, they are not the only avenue for help. When someone is innocent, there are two times when they can be helped. First, during the pre-trial or pre-conviction phase, which is often managed by lawyers and experts. When someone is helped in this phase their wrongful conviction has been prevented – the US~Observer considers this a vindication. Sadly, not all lawyers do the job their clients originally hoped for and many find themselves needing help after trial. Second, during post-conviction or after incarceration, which is when most victims of false prosecution are helped by groups utilizing lawyers in the appeal/post-conviction relief process.

The United States, despite its motto, “Land of the Free and Home of the Brave” currently has the highest incarceration rate per capita of any developed country. The increased rate of innocent men and women being charged and convicted in the U.S. helped birth the only known newspaper in the world with the sole purpose of preventing and overturning wrongful convictions.  That newspaper is the US~Observer.

The Innocence Project (IP) is likely one of the most well-known advocates for the wrongfully convicted. Focusing mostly on post-conviction cases involving DNA, the Innocence Project has helped exonerate many people. Nine people were exonerated by this organization in 2018, a record year for IP. Going one step further, IP has helped legislate reforms in the criminal justice system. IP has also had prominent public figures like Busta Rhymes, Matthew Broderick, the late James Gandolfini and dozens of others, who have helped raise awareness of wrongful convictions.

Another well-known organization is Centurion Ministries. They help free the wrongfully convicted. Their website boasts an eye-popping statement, “The average cost to free an innocent person is $350,000.”

The Innocence Network is a great tool for the convicted. They host many helpful organizations on one easy-to-navigate website. Their website says, “The Innocence Network is an affiliation of organizations dedicated to providing pro bono legal and investigative services to individuals seeking to prove innocence of crimes for which they have been convicted, working to redress the causes of wrongful convictions, and supporting the exonerated after they are freed.”

Individuals who were once wrongfully convicted have also become a helping hand for the innocent. We are now seeing an increasing number of exonerees becoming defense attorneys. Jeffrey Deskovic, once wrongfully convicted himself, is now practicing law. He is a fierce warrior for justice. He also runs Deskovic Foundation – a group helping to free innocent men and women from prison.

Another significant advocate for the innocent is Mark Godsey, the author of, “Blind Injustice;” a book that exposes the psychology and politics of wrongful convictions. Godsey understands first-hand what it is like to be on both sides of criminal justice. He once prosecuted mobsters. Now he works to exonerate the innocent.

The US~Observer Newspaper Helping to Vindicate the Innocent

Although the primary focus of the US~Observer is most often prevention – our motto is “Vindicating the Innocent.” We are the first, and only known newspaper solely dedicated to preventing and helping overturn wrongful convictions. We also advocate for people who are being unjustly targeted by any private party or government agency. Many of our clients also receive compensation after they are vindicated. Founded in 1991, the US~Observer is approaching 30 years of not only reporting on but vindicating innocent men and women. Our team of dedicated investigative reporters work tirelessly on behalf of the innocent. The US~Observer not only publishes a national newspaper, we find evidence that can be used to help keep the innocent free, as well as free the innocent from incarceration. We’ve spent almost three decades working toward freeing the innocent. We’ve helped prevent convictions by working to overturn thousands of charged/convicted crimes. There is no other known news organization that has done-so to our knowledge. And, we don’t have a waiting list of people we can’t help – but we are selective. We have just a few rules before we agree to help. The main rule – our client must maintain that they are innocent. We also charge for work. This is a serious job that consumes immense amounts of time and effort. Our clients understand more than most how tough it is to fight against a system that most often refuses to admit any wrongdoing. Helping our clients seek compensation after vindication also alleviates the up-front burden of costs.

Who Do You Ask for Help?

Families, friends, those charged with crimes and those who have been wrongfully convicted have many avenues to seek help. Attorneys are often the first. If you or a loved one need help, remember to ALWAYS ask for referrals. Do you know how many cases the lawyer you want to hire has won? Have you talked to those whom they have helped? Costs are almost always a concern when battling against an unjust system. Waiting for organizations that work for free may not be your best option, especially if you have family and friends at home – waiting for your return. You must be prudent when seeking help. Millions are spent by innocent men and women seeking justice every year. Don’t waste time and money – get the information you need up-front. Justice is not easily won. Fighting to gain the freedom you deserve requires tough questions answered. Make sure you inquire about cases won before you move forward with any organization or attorney.

A Message for The Innocent 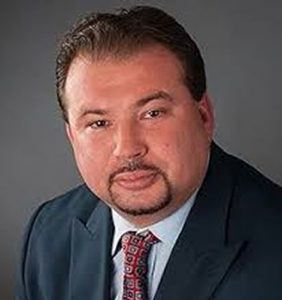 “Hats off to the US Observer!!! Media intervention is often critical, though this was on a totally different level, akin to the Paradise Lost series in how it turned around the West Memphis Three case. The difference is that in this stance, that rarest of rarest occurrences took place: media PREVENTED a wrongful conviction, not helped correct one. An ounce of prevention is worth a pound of cure!”

Log-on to www.usobserver.com to read more about our services. You may also click here to view select cases of our vindicated clients. Read their stories! And, if you or someone you know are innocent – call or email us. That call could be the most important you’ve ever made! 541-474-7885 or editor@usobserver.com.