IRS: Justice for None

Atlanta, GA – Sherry Peel Jackson, a former IRS Agent was tried October 29, 2007, on four counts of willfully failing to file federal tax returns. Each of these misdemeanor counts carried a maximum penalty of 12 months in jail and substantial financial fines. Her counsel for trial, Lowell Becraft, a trial attorney from Alabama had successfully defended others on the same charges as recently as three months ago. 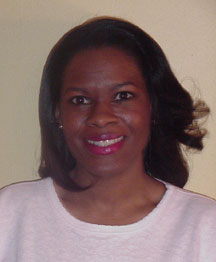 I find it incredulous that Americans stand for a form of jurisprudence, known to most as United States District Court but to an informed Citizen as a Court of Equity acting under the color of law. Why does this miscarriage of justice persist? Maybe it’s the ignorance of what true Judicial Power is and how it is derived. The Sixth and Seventh Amendments of the Constitution protects an American’s right to; “have compulsory process for obtaining witnesses in his favor,” and the latter in its entirety mandates; “In suits at common law, where the value in controversy shall exceed twenty dollars, the right of trial by jury shall be preserved, and no fact tried by a jury shall be otherwise re-examined in any Court of the United States, than according to the rules of the common law.” Sounds like a fair deal on the surface.

When these two Amendments are examined closely as to their application to cases similar to Jackson’s it is evident that Americans are not being tried in courts with true judicial power. It is a common fallacy, parlayed by government, to have defendants think they are accessing Article III courts under the Constitution but are actually tried in Article IV courts that were ordained by Congress to enforce the law in the territories of the united States. Territories that are subject to Marshall Law contained the spirit of the Constitution but were void of the actual Constitution itself. Former Chief Justice William Howard Taft declared in; Balzac vs. The People of Puerto Rico that a District Court of the United States (Article III) is not the same as a U.S. District Court (Article IV) that is charged with judicial duties in the territories. The situation became more exacerbated after our conspiratorial leaders banned the ownership of gold in 1933 thus rendering the “Gold Clause” in contracts vestigial. Once gold was removed from commerce, common law was eviscerated by the courts in the Tompkins vs. Erie Railroad decision, thereby, relegating the Seventh Amendment to the trash heap.

These equity courts masquerading as District Courts of United States are based on case law, with the exception of Supreme Court rulings or other case law that has gone against the government, making it near impossible for any Citizen to obtain justice without an attorney, although that is far from a sure thing under any circumstance. Without common law all Citizens are relegated second class citizenship without standing in the courts. That is exactly how you appear to be to the judge. The obvious manifestation, of this transformation, is the void of common sense that prevails in the courtrooms. Common sense is part and parcel with the common law. Logical deductions based on the whole truth derived from factual evidence, sworn testimony guarded by the penalty of perjury, published court cases substantiating verdicts of identical courtroom dramas and the defendants core beliefs that they were not intentionally committing a crime (Mens Rea) usually prevailed.

Now, with the knowledge that Ms. Jackson was not in a common law court, a constitutional deviation if there ever was one, but left to the tender mercies of a U.S. District Court judge acting as backup prosecutor for the “People” what chance could she have to prove their innocence? I have personally reviewed several court transcripts recently and the overwhelming theme present in these trials is the tag team effort between the Assistant U.S. Attorneys (AUSA) and the supposedly unbiased judge. Everything bodes well for the government, all the while the AUSA is the second coming of a Stooge, whether they be Curley, Larry or Moe makes no difference. The judge actually orchestrates the outcome from the bench, thus ensuring total compliance with “their law.”

Meanwhile, any attempts by the defendant or counsel to interject facts that are exculpatory for the defense are summarily disallowed, as is any effort to show a lack of intent. Intent is proven in a grand jury; usually outside the preview of the defendant, without establishing jurisdiction, based on the illogical syllogism that a crime was committed because the government convened a grand jury and handed down an indictment and someone must pay for the crime. The infamous vehicle to perfect this miscarriage of justice is the “Motion in Limine.” Black’s Law 6th edition defines this tool as: “A pretrial motion requesting court to prohibit opposing counsel from referring to or offering evidence on matters so highly prejudicial to moving party that curative instructions cannot prevent predispositional effect on jury.” In effect this prevents defendants from entering evidence into trial that could prove their innocence because it is so logical that the judge’s instructions to the jury could not overcome the effects of the evidence.

The aforementioned Supreme Court rulings are also barred as defense evidence since they are in direct contrast to the desired outcome expected through the efforts of the judge and prosecutors. These rulings collectively prove that the Congress was not granted additional powers of taxation that did not already exist prior to ratification of the Sixteenth Amendment. Submission of this concept into any case would cause total confusion for the jury and cloud the certainty of government’s long skein of trial convictions by showing that the IRS is frivolous to the core.

No one possessing knowledge of how the equity courts operate was surprised to learn that on the business day prior to Ms. Jackson’s trial on October 29, 2007, such a motion was presented to the court and granted by the judge. Jackson’s witnesses and evidence contrary to the position of the prosecution was barred in direct violation to the Sixth Amendment. Game, set and match! Of course the defense counsel petitioned the court but to no avail. After all, the government has proven time and time again that everyone must pay taxes, usually through fixed proceedings, ergo why should anyone make waves and educate the jury regarding evidence to the contrary. Especially, when Mr. Becraft defended an accused American in Shreveport, LA last summer and this defendant, Tommy Cryer, was found, by his jury of peers, to be not guilty for willful failure to file income tax returns because Cryer had researched and found that there was no such law just as Sherry Jackson did in her efforts, sole and separate from Cryer’s. Astounding but true, since there have been similar cases against others (Kuglin and Banister) recently with the identical outcome. In fact some of these victors petitioned the IRS for years asking them to produce the law mandating the payment of taxes. Since you couldn’t read about these victories in the main stream media, maybe there is a modicum of truth to the defendant’s veracity. To some degree these outcomes may have been facilitated by honest judges that wanted the whole truth exposed or had an inkling of decency but I have my doubts.

Sherry Jackson was found guilty on the second day of her scheduled five day trial when the government moved to collapse the trial, thereby, depriving the jury of the essential evidence needed for an acquittal. The government dislikes acquittals and with the assistance of the court was able to extract a guilty verdict from a totally ignorant, uninformed and mindless jury. Excuse my redundancy! Their one excuse for this behavior may have something to do with the judge’s exacting jury instructions that they find her guilty. The jury, surprisingly, was sequestered for forty-five minutes deliberating. With no evidence, other than pejoratives regarding Ms. Jackson’s character, it hard to believe it took that long.

Let’s examine the government’s defamation of character against Sherry Jackson especially in prospective of the motion for a new trial and evidentiary hearing, filled by Jackson’s attorney last week. During her abbreviated testimony Sherry attempted to disprove criminal intent by introducing evidence she contacted five IRS employees with whom she once worked. These conversations concerned her belief in the material she had uncovered regarding personal liability for income taxes. In rebuttal, the government called three of the five IRS employees and asked them point blank if they had any conversations with the defendant. Their elicited testimony totally undermined Jackson’s testimony as they denied any contact with the defendant. Assistant United States Attorney, Richard Langway then proceeded to tell the jury that since Jackson was now a proven liar they should not consider any of her testimony as to her good faith beliefs. According to the trial records Langway stated, “You heard her testimony throughout, I asked the IRS, I went to the Commissioner, I went here, there and everywhere. I even asked my friends over there and nobody could tell me the answer…well, these people were never even asked one thing.” This tirade by Langway best exposes the motives of prosecutors’ hell bent on promotion. “If you have a case argue the facts, if you don’t have facts argue the law, and if you don’t have either, attack the defendant.” Does anyone need a map to comprehend Langway’s strategy?

Actually, one of the persons Sherry contacted was a former college classmate, Carla Hendricks, who still works for the IRS. Since they were social friends, as well as fellow “professionals,” Jackson solicited Hendricks assistance in finding the section of the law that makes anyone liable for the tax, as Jackson was trying to prove there was a law mandating the payment of taxes, thereby winning a $50,000 bet offered in “USA Today.” When questioned by the prosecution regarding conversations with Jackson, Hendricks said, “I don’t recall having that conversation.” Again, when asked by the defense regarding receiving a disk containing Jackson’s research she said, “I don’t recall,” a time tested “Hillary” defense if ever there was one.

Now comes Jackson’s attorney Lowell Becraft with evidence that there was indeed perjured testimony presented to the court. Contrary to Langway’s assertions, it was the government agents that lied under oath and not Ms. Jackson. There is substantial evidence that proves one of the rebuttal witnesses received the research disk from Jackson by mail with the mailing label clearly indicating the addressee, Carla Hendricks. Who is lying now Mr. Langway?

Two other agents denied ever talking to Jackson but their lies will be uncovered during evidentiary hearings as will their telephone records proving many conversations and contacts with Jackson. Did these three rebuttal witnesses commit perjury under orders from their superiors, did they lie out of fear for their pensions or was their perjury suborned by prosecutors for joint personal gain? As rhetorical as this question may be, it clearly shows that government employees will readily lie if it is mandated by our true masters.

According to the case law, “Conviction by means of perjured testimony requires a new trial in the interest of justice.” It’s now up to the USDC judge to do the right thing if justice is to be served. In any event, shouldn’t the time be at hand to start terminating government agents that lie in an effort to save their portfolios in exchange for someone else’s freedom?