Clackamas County, OR – Clackamas County District Attorney John Wentworth formally dropped criminal charges against Rose Henley on January 13, 2022, and those leveled against Jack Dunn on January 21, 2022. Henley and Dunn are both US~Observer clients. 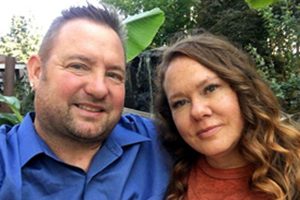 After their trial was continued 10 separate times, Henley and Dunn were scheduled to stand trial January 11, 2022, on false and manufactured Theft and Criminal Mistreatment charges. Henley and Dunn were accused of stealing from and mistreating their long-time neighbor and friend Wayne Faulk. A total of 13 felonies, 4 misdemeanors and a warrant against Jack Dunn were all dismissed.

After completing our initial investigation and establishing innocence, the US~Observer began exposing the real reasons behind the false charges. Henley and Dunn had started filing complaints against Faulk’s sister-in-law, Linda Faulk, for allegedly taking financial advantage of him while Linda Faulk acted as a caregiver for Wayne Faulk. Linda Faulk allegedly stole over a half million dollars from Wayne Faulk’s Trust and she was accused of committing Social Security Fraud.

Linda Faulk hired attorney Sibylle Baer who reportedly brought Conservator Ann Yela on board in an alleged effort to cover-up Faulk’s alleged crimes. Yela was appointed in October of 2016. According to Rose Henley, “racketeers like Yela separate their targeted elder client from any family or friends trying to protect them and their resources (estates). These unethical people who call themselves guardians, trustees, or conservators, with the help of their attorneys get rich from targeting the elderly and they take everything from them – their constitutionally protected rights, family, friends, resources, their dignity and often their lives are cut short.”

Henley continued, “over the last 6 years we have been approached by many families targeted by these same criminals and their stories are nearly identical. To make matters worse some probate courts aid in the racketeering. This is done in many courts in every state. If you have not seen the Netflix movie ‘I Care a Lot’, watch it, it does a good job of exposing what happens to the elderly once they are in the sites of these thieves. Ironically, the lead character in that movie exhibits a striking resemblance to Ann Yela both physically and in her demeanor. Greed is a powerful motivator and when the courts rubber stamp the thefts, the elders and their family can do little to nothing to stop these well-insulated professionals. If you stand up to them as we did, you become a target and it is an uphill battle as the legal system is used against you. In other words, God help those who go through these attacks without the US~Observer’s assistance.”

Jack Dunn states, “our cases were dismissed with the help of the US~Observer telling our story and exposing the corruption over the last 4 years – this tragic ordeal that began in 2017 is finally over. We were innocent the whole time and they knew it all along or at least from the time the US~Observer took the truth about our case to the public. These horrible people use the criminal justice system against anyone who interferes with their fraud schemes.” 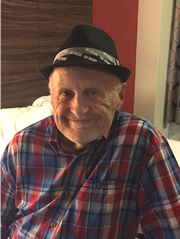 The US~Observer has received multiple complaints from families of the elderly in Oregon, claiming Ann Yela is stealing their family estate and allowing their loved ones to be mistreated in inadequate nursing facilities or with unscrupulous caregivers.

Rose Henley and Jack Dunn were excellent caregivers for their friend and neighbor Wayne Faulk. After corrupted individuals used the Clackamas County, Oregon criminal justice system to nearly decimate them both mentally and financially they are finally free and right back to helping their neighbor Wayne Faulk. Jack is back to helping Wayne with small projects and providing a friendship that the two shared for many years, prior to being viciously attacked by the criminal justice system.

On September 7, 2020, Jack Dunn and Rose Henley along with fellow heroes Damien Miller, Terry Dunn, Geoff and Lael Bingham fought a 2-alarm fire that started at Wayne Faulks home on Potter Rd in the city of Redland, after high winds toppled a large tree and downed power lines that caught Wayne Faulks front yard on fire. This was the first day of the massive fires that hit Oregon in 2020, that Clackamas County deemed “the worst fires in the counties history.” The high winds spread the fire quickly as neighbor Geoff Bingham and Jack Dunn got Wayne Faulk out of his home to safety. A wall of fire burned the front yard of Wayne’s home which traveled along the side of his home across 34 acres to Bradley Road. Then around 10:00 pm the high winds shifted and headed directly towards the homes on Potter Road and Bradley Road.

Clackamas County Fire District showed up and stood around for an hour assessing the fire. To Jack and Terry Dunn and Damien Miller’s utter shock, they were then told by Clackamas County Fire Department that the homes in the area were a lost cause, and that they were told to evacuate immediately. Kitty and Dan Dunn packed up and left believing that was the last time they would see their home.

Jack Dunn and the group saw the writing on the wall. “If we do not step up and do something, our neighborhood is history.” Jack Dunn, Rose Henley, Damion Miller, Terry Dunn, Geoff and his wife Lael jumped into action.

Jack Dunn grabbed his Toro Dingo using it to put out the fires (severely damaging it in the process) and the group hauled buckets of water back and forth from the Bingham’s home, a distance of roughly four football fields, from 11pm to 6am. By morning the group had extinguished the fires that had surrounded Kitty and Dan Dunn’s home, as well as putting out the fire that had entered the forest, which, with the high winds would have burnt the rest of the homes in the neighborhood.

According to witnesses, “six hours later around 6 am the Clackamas County Fire department returned and said you guys have been kicking ass all night long, good job. You guys saved the neighborhood.” Dunn and Henley were left with multiple injuries and a severely damaged Dingo.

Apart from risking his life for his neighbors Jack’s Toro Dingo Compact Utility Loader was literally destroyed. We have estimated the cost of a replacement to be approximately $50,000.00. Losing a piece of equipment which provided the bulk of his income, on top of fighting for his freedom has left Jack literally devastated financially. We would ask all who are able to help, especially those in the Redland community to send a contribution to Jack Dunn at the following site which has been set up to assist Mr. Dunn: GiveSendGo – Helping the Hero: The #1 Free Christian Fundraising Site. The US~Observer certainly intends on contributing, so be responsible and give this fine American a helping hand.

Thanks to Bob Blount, the gracious and caring neighbor who purchased the Faulk property, it looks like Wayne will still be able to live out his days in peace at the Faulk home. Steps are being taken to expose Ann Yela and her reported prolific theft of estates from people who would be far better off without her involvement in their lives. Hopefully she will be forced to repay those she has allegedly abused.

Editor’s Note: If your loved one is being abused or you believe your families estate is being squandered or stolen from contact the US~Observer at 541-474-7885 or send an email to editor@usobserver.com.