Southern Oregon’s Larry Stockman has been robbed, and we need your help to find his property. 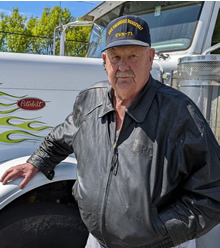 In his mid-seventies and standing six-foot-five, Larry Stockman still goes to work every day, regardless of the pain he suffers from a host of old injuries. Stockman is a long-time Oregonian, a businessman, patriot, and all-around honest, conservative US citizen. As of recent, Stockman has also become a crime victim, and we need your help in correcting this terrible injustice and aiding Stockman in the return of his stolen property.

Stockman mines gun ranges to reclaim used lead, processes it and then manufactures new lead shot. It’s a noble recycling business. It solves the lead problem at gun ranges, taking it from a hazardous material to simple scrap metal that can be used in various applications. This process is, however, hard work, especially for an aging man who requires the use of a back brace, knee brace and a wrist brace just to function. In order to manage, Stockman utilizes varied tools and trailers, and it is precisely these things that were taken from him when criminals forcibly entered his property and stole his belongings.

His long-time friend, fellow patriot and US~Observer contributor, Curt Chancler brusquely quipped, “you have to ask yourself what kind of low-life waste of skin would go on an old man’s property, cut the locks and steal the 2006 Nomad camp trailer Larry used to live in while mining the gun range for lead.”

According to reports, the thieves also stole two all steel tandem axle black dump trailers. One is a 2015 SRTC and the other is a 2020 PJTM. (The identification numbers of the stolen trailers are located at the end of this article.)

Chancler continued to bemoan, “These thieving RATS stole from a disabled senior that never asks anyone for help but is always willing to help anyone that asks for his help.”

Chancler feels for his friend’s plight and with years spent working to expose corruption, help the falsely accused, and confront the bad apples he couldn’t keep from lamenting on the current state of the justice system and pleading to the people for his friend:

“It would appear from reading the paper that the thieving low-life Meth monsters of Jackson County have become more brazen in their bad behavior, and law enforcement has become absent without leave.

Even worse our DAs seems to be afraid to put these scum bags on trial for fear they will get a conviction. Because of the cost of a trial and that of incarceration, it is simply less expensive to let these guys go with lesser punishments; to offer no confinement plea deals. In fact, you could look at it as a net positive to their bottom line. And this is the problem, most deputy DAs that I have encountered want to be the elected District Attorney someday. To do so they must compile an impressive record of wins. This often happens by violating their Constitutional oath of office, a crime by the way. Inevitably they end up hiding exculpatory evidence that would prove an innocent citizen was not guilty, all just to increase their conviction rate.

Meanwhile our police are still using a form of brain washing called the Reid Technique in order to get confessions. Look it up on the internet – it alone shows how corrupt the system can be. As I recall, the inventor of the Reid Technique, Dr. John Reid claimed in the 1950’s, when used properly law enforcement can expect up to a 60 percent conviction rate boost. Interestingly, and maybe not so surprisingly, false confessions stand as one of the main issues in exonerated cases – people proven to be innocent after they were convicted, sometimes years later, are found to have succumbed to the Reid Technique.

Let’s not forget one of the most important links in the chain of injustice, our judges. Our judges can be the problem or the answer to the problem, it all depends on the judge.

I will readily admit that I have no faith our law enforcement will find Larry’s trailers and recover them unharmed. However, I believe wholeheartedly that the eyes and ears of our army of like-minded Americans can find the trailers and the low-life scum bags that stole them from a good man like Larry Stockman.”

Chancler is correct in his presumption. The odds that law enforcement find and return the trailers in working order, if at all, are staggeringly small. 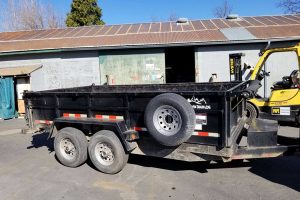 One of the tandem axle dump trailers that was stolen.

Let’s help our neighbor and ensure his property is found and those responsible are punished.

If you have information regarding the stolen trailers, please call 541-658-0768. If it results in the return of Stockman’s property you will be handsomely rewarded.

Found Guilty of Murder in Spite of Reasonable Doubt