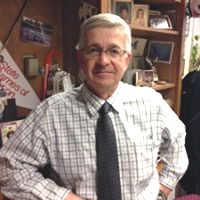 Roseburg, OR – The US~Observer has received numerous complaints from members of the Medical Marijuana Growers Association and others regarding Douglas County Planning Department Director Keith Cubic. Cubic has been accused of targeting the owners of Medical Marijuana grow sites in Douglas County and of using his code enforcement officers to selectively go after county code violations, some of which aren’t violations at all.

One property owner has claimed that Keith Cubic attempted to intimidate the United States Postal Service (USPS) into not delivering mail to established addresses associated with medical grow sites.

According to another complainant, “Cubic used his code enforcement to attack us. They accused us of being out of compliance and told the task force to pull up our patient’s plants. The Douglas County Code Enforcement officers were very disrespectful to us. The task force had a meeting four days later with all of us. During the meeting, Dan, the head detective explained to Cubic that ‘he and his code enforcement team all work under the color of the law and false information could lead to liability.’” The complainant continued, “we are not interested in liabilities; we are only interested in county officials being honest with us.”

Another complainant stated, “We thought that the problem was solved… to no avail. Director Keith Cubic made us jump through many hoops for a complete year, then again sent his code enforcement out for an annual Medical Marijuana grow site inspection, which he assessed a $930.00 fee. This fee was clearly excessive. The code enforcement officers Cubic sent out violated all of our patient’s constitutional rights to a medical necessity as well as the Right to Privacy Act.”

Cubic, in another complaint, had the code enforcement team take pictures of all patient’s medical records. “We are currently seeking an investigative team, along with attorneys to force Douglas County Code Enforcement to destroy all of the pages of medical records that Cubic’s team have. They do not have the right to that information. Furthermore, the actions of those under direction of Cubic are in clear violation of HIPAA Laws.”

Those in Douglas County Government who refuse to uphold the law will be held accountable. If Keith Cubic doesn’t treat all residents equally, and within the scope of law, there will be a price to pay. That price will be at the expense of Douglas County taxpayers. Keith Cubic will be the one responsible if his actions do not cease and desist.

Editor’s Note: Anyone with information about Keith Cubic orchestrating unlawful acts or using his position of authority to abuse law abiding citizens should call the US~Observer at 541-474-7885 or call 1-800-851-3761 to speak with the Grower’s Association.