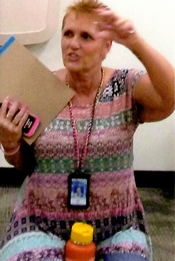 The state took custody of young Uudam when he was just 11 days old due to serious medical conditions and have held him for the past 16 months. Let that sink in. He was initially taken because of medical conditions. Later, DHS would attempt to make Uudam’s parents look unfit to safely parent their child. Only there was a problem with that theory; they aren’t unfit parents.

The US~Observer has found that Uudam has been seen by at least eight different Doctors and has been cleared by all but one. The remaining Doctor conducted a “sleep study” on Uudam on September 26, 2017, which we are informed went very well. This Doctor is expected to clear Uudam just as the rest have. 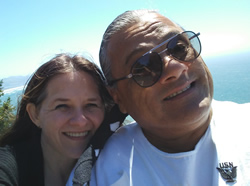 On September 20, 2017 a hearing was conducted in the courtroom of Douglas County Circuit Court Judge Luke Stanton. Corrie stated she was preparing a re-unification plan for the Bluetears. If Corrie’s motive was truly to reunite Uudam with his parents, she would have had this plan ready for court. Additionally, Uudam would be going home where he belongs. Instead, Corrie asked for more time.

Attorney Nicholas Quinn, representing Anna Bluetear and Attorney Jason Thomas representing Snowwolf Bluetear sat motionless, as they allowed Corrie to control the situation without objecting. These Attorneys should have facilitated the return of Uudam long ago and they have failed to do so. A “word to the wise” might just be for them to start representing their clients, as the results of everyone’s actions and lack of actions in this case is being documented and will be released in the near future.

According to witnesses, it appeared that Judge Stanton was expecting the attorneys to file a motion dismissing the state from the case.

A deserving Anna and Snowwolf Bluetear are anxiously awaiting the return of their now 16-month-old son, Uudam.

Editor’s Note: Anyone with information on DHS, Cindi Corrie, Attorney Nicholas Quinn, Attorney Jason Thomas, or any others involved in this case are urged to contact the US~Observer at 541-474-7885 or by email to editor@usobserver.com.

If you or anyone you know have been victimized by Oregon’s DHS – contact the US~Observer. We can help! Email: editor@usobserver.com – 541-474-7885.