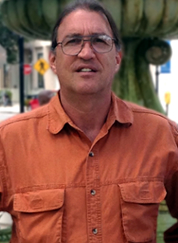 The suit further claimed, “the law enforcement officer (Kent Campbell) rapidly accosted the plaintiff, Frederick F. Luongo, and without uttering a word, lurched open the door to the Plaintiff’s vehicle and attempted to snatch him out of the vehicle.” Although Minister Luongo was “fully compliant” with commands given by Lieutenant Kent Campbell, he was, “abruptly and viciously ambushed” by Lieutenant Campbell. Minister Luongo was, “smashed into his vehicle” by Kent Campbell. The lawsuit further claimed, “Upon impact, the Plaintiff, FREDERICK F. LUONGO, was knocked unconscious…” The claims against IRC Sheriff’s Department should cause law-abiding citizens to question these abusive practices. Claims of abuse by law enforcement have literally become status quo. This raises a serious question: Has police brutality become a “national trend?”

After Minister Luongo regained consciousness, he realized he’d suffered severe injuries to his back. As he was being transported, he asked Deputy Cleveland to call an ambulance because he was having a hard time breathing. The Deputy made his an unqualified assumption and said, “no, you will be evaluated at the jail.” The medical staff “evaluated” him in the booking area, “but no other medical assistance was sought or provided” for his injuries. Minister Luongo is now seeking $150,000.00 according to the lawsuit.

Minister Luongo operated “He Shall Supply” food bank, feeding the homeless for more than a decade. He’d received several awards over the years for his humanitarian work. Then, in 2002, Coast to Coast (CTC) Landscaping moved next door to the food bank. Soon, CTC owner Jeff Gomez and Minister Luongo became at odds over what several witnesses described as a ruthless plot by Gomez to force the Minister into selling him the Minister’s food bank. When that didn’t happen, things became much worse for the Minister. False arrests, police reports, threats, abuse and poisoning were subsequently orchestrated by Gomez, according to witnesses. Did Gomez have a connection within IRC Sheriff’s Department? One could believe this to be true. From previous encounters, Greg Stanley, an IRC Deputy spoke of this very question. He stated to Minister Luongo, with multiple witnesses present at that time that, “Gomez knows somebody on the inside because he is demanding I arrest you.”

Minister Luongo was eventually arrested for violating a “frivolous” injunction against Gomez, along with “peacefully resisting arrest.” That is where the lawsuit stems from. At trial, the Minister was acquitted of the injunction violation, but the colluded testimony by IRC Sheriff’s secured a conviction for peacefully resisting. Minister Luongo ended up losing his appeal. He also lost his food bank. Even worse, the court ordered Minister Luongo to vacate his personal residence just a few blocks down the same road. Gomez was awarded a lifetime injunction against the Minister.

At this point, Minister Luongo found the only media who investigated his case, the US~Observer. Upon completing an in-depth investigation, there was no question as to the travesty of justice brought against the Minister, his staff and family. 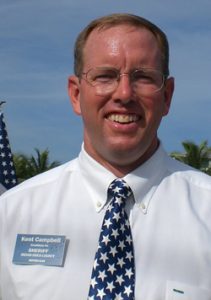 Minister Luongo claims he was made to look like a crazy guy because of the outlandish claims against him by a “connected” Gomez. After all, why would law enforcement officers abuse their authority? The local courts, attorney’s, and many people in the community bought the lies, too. Helping substantiate the claims by Minister Luongo against IRC Sheriff’s, his process server felt the wrath of Lieutenant Kent Campbell. The process server provided a written report entailing her encounter with Lieutenant Kent Campbell.

The following is the process server’s quickly-drafted e-mail account of the event:

“Kent Campbell came to the front door and opened it. I said Hello Kent and announced my purpose and advised him what documents I was serving him. Kent stated get the f**k off my property you could have been bit by my dogs and slammed the door in my face. I advised Kent that he was served and was filling out my paperwork when the front door opened back up and Kent ripped the documents from my hands and knocked me back he thru the documents thru his living area and they landed all thru the living area. I asked Kent for my field sheet and the one of the summons back and he told me again to get the f**k off his property and slammed the front door. Kent’s behavior was very aggressive toward me.”

Avoiding process serving, although not a crime, is quite telling of someone who is supposed to be an example in the community they are to protect. It is shameful for a law enforcement officer to avoid service. However, we’d like to point out that assault is illegal and by “knocking back” the process server he likely violated the law. Lieutenant Kent Campbell’s actions, along with the support of Sheriff Loar and Deputy Cleveland are reprehensible.

Editor’s Note: As Minister Luongo’s suit moves forward in court, we will continue to report it. For a full background of Minister Luongo’s case, click here: 1, 2. The US~Observer would also like to commend Attorney Jeffrey A. Fadley for his dedication to helping Minister Fred Luongo. 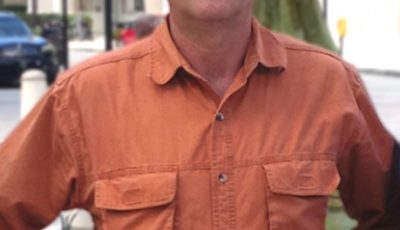