“You publicly exposed the real estate company that cheated me,  forcing them to pay me for my damages – Thank you so much US~Observer.” 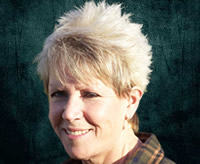 Linda Ogden (Acosta) and her late husband had purchased property through Harris & Taylor (Century 21) Real Estate. Their decision to buy the property was due in great part to the disclosures made to them by the realty company. Upon taking possession of the property it was found that the realty company had lied. After thousands of dollars and with the help of the US~Observer, Ogden was paid for her damages.
From the article “Woman Shows Sign of Trouble“:

Linda Acosta and her late husband Bob purchased their home in November of 2001. They were assured by their real estate agent Jeannie Moore that their property was backed by Bureau of Land Management (BLM) property. This supposed fact gave them the assurance no one would be building behind them. This is what they wanted and believed it was what they purchased until they found out, after spending considerable time and money on the property that Harris and Taylor Century 21 Reality had lied to them. Their property actually was backed by private land.

In what became a PR battle, more than a legal one, Harris & Taylor (Century 21) Real Estate was forced to admit fault.

In civil cases like Linda Ogden’s case of real estate fraud, utilizing lawyers alone often leads to years of litigation and the potential for loss. Instead, contact the US~Observer. We have a proven track record of winning civil cases – 541-474-7885. 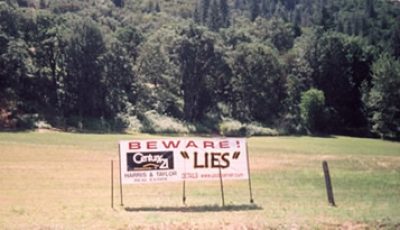