Lisa Jensen of Santa Clara, CA – Scammer or Not?

The US~Observer is often contacted by individuals who feel they have been civilly wronged. Recently, we have received a complaint stating, “Lisa Jensen entered into a purchase agreement with me on one of my homes and she has committed fraud.” But who is Lisa Jensen and what has transpired? 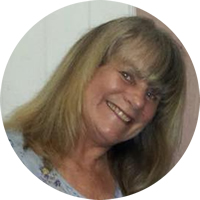 Sixty-one-year-old Lisa Jensen, known to reside in Santa Clara, California, reportedly has quite the rap sheet. One record shows Lisa was arrested in 2014 for Possession of a controlled substance and Violation of probation/parole. The report lists other arrests in 1992, two in 2001, and another in 2012. A civil report shows she has approximately “25 liens and judgments against her, with quite a few state and federal tax liens.”

According to our claimant, Jensen wanted to seriously upgrade her living situation and live closer to her grown son, Dylan, in Spokane, Washington. Finding an upscale 6-bedroom on 2 acres along the Spokane river, in the sought after Nine Mile Falls area, Jensen made an offer which was accepted. On April 16, 2018, along with $25,000 put down in non-refundable earnest money, held in escrow, Jensen agreed to sell her Santa Clara home in order to help close the purchase on July 17, 2018. 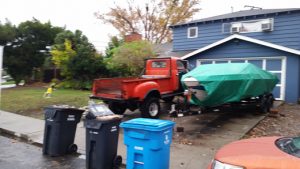 As reported by the claimant, “weeks went by without communication.” Documentation shows that when Jensen finally contacted him, she claimed he had switched sales agreements, thereby breaking the law. She went on to say that she wanted more time to close and a new Sales Agreement. Believing Jensen really wanted to purchase the home, the seller conditionally agreed to the possibility of more time as long as Jensen provided an additional $10,000 in earnest money but the other terms of the original sales agreement would stay in place. Jensen reportedly failed to provide the additional funds. 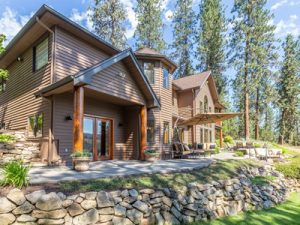 Part of selling the home under the original sales agreement required the seller to test the “groundwater, soil, well water, and lake water in the cove, and requires that test results meet or exceed the standards accepted by the Environmental Protection Agency as set forward by the Clean and Safe Drinking Water Act.” According to documentation, this agreement stipulation was completed with a satisfactory test result, taken after the seller had the system professionally cleaned. This result was provided to Ms. Jensen on July 10, 2018.

Unbeknownst to the seller, Jensen had a third-party “trespass” onto the property and retrieve their own water samples that dated prior to the sample taken by the seller. Those tests, which were revealed to the seller after he provided a documented clean sample, showed contamination.

The seller, shocked that Jensen would “trespass” and that their sample was “dirty”, agreed to another test of the water. This test, which according to the seller was sampled from the water holding tank and not the well, came back contaminated. It’s a test result the seller finds precarious considering the previous incursion onto the property and the “potential for Jensen to have somehow poisoned the outcome.”

The closing date passed, and both Jensen and the seller laid claim to the earnest money.

The seller believes Jensen defrauded him and never had any intention of making good on her agreement to sell her California home, as she has never provided any documentation proving she listed it. He also suspects there might have been some foul play associated with the water samples.

Regardless, at the signing of the Sale Agreement, the $25,000 earnest money was agreed to being “nonrefundable”. The Sale Agreement stated the “Seller and Buyer agree to disburse the earnest money to the Seller within seven days from the closing agent after being deposited.” While the seller had agreed with Jensen to leave the funds in escrow beyond the 7 days it doesn’t change the fact that the money should be the sellers based on the agreement.

The money is in escrow to this day, which Jensen has demanded returned in a letter dated November 13, 2018.

The seller responded to Jensen’s demand through Steven O. Anderson of Stamper Rubens, P.S. Attorneys at Law, who represents Jensen, offering her a settlement. In fact, the seller has made several good-faith settlement offers, which Jensen has continually declined. Meanwhile, the seller’s damages keep accruing, including being forced to retain legal counsel, and having issues selling his property.

According to the seller, “Even though I have since relisted the home, potential buyers are being scared off by Lisa Jensen’s trespassing-accomplice’s water sample, even in light of the fact that I have ensured my system has been thoroughly cleaned.”

According to the seller, there has been no communication from either Jensen or Anderson since an email dated December 13, 2018. The seller has since sent a demand letter dated January 2, 2019, giving Jensen one week to provide evidence the Santa Clara home had in fact been listed. There has been no response, and the seller’s home sits in limbo.

Rest assured, the seller is committed to ensuring what happens is equitable for both parties – he just “won’t be taken advantage of.”

Edward Snook of the US~Observer reached out to Lisa Jensen on January 14, 2019, to get her side of the story. She refused to talk to him, instead referring him to her attorney, while also threatening him with libel. Mr. Snook told Jensen about the disparaging criminal and civil records he had received regarding her and she refused to admit or deny.

Editor’s Note: The US~Observer strives to publish factual information in all cases we report on. Although Jensen would not communicate with us, we would publicly ask her to share with us any information that helps prove anything reported is not factual.

The US~Observer is continuing to investigate this matter, following up on information that Jensen never intended to sell her California home and that she was simply attempting to scam the seller. Anyone with information on Lisa K. Jensen, who reportedly resides at 667 Bancroft Street, Santa Clara, CA is urged to contact us at 541-474-7885 or by email to editor@usobserver.com.