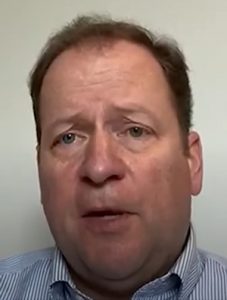 Wasco County, OR – Voters made a monumental statement in the 2020 Wasco County race for District Attorney.  By a landslide, District Attorney (D.A.) Eric Nisley lost his bid for re-election in the primary. The news of Matthew Ellis’ victory brought joy to many, including the US~Observer newspaper. The US~Observer documented and exposed Nisley’s corruption several years prior to his defeat in this election. “Nisley traded his oath to seek justice for convictions at all costs long ago,” according to Edward Snook, Head of Investigations at the US~Observer. Innocent men and women felt the sting of Nisley’s vindictive actions over his twenty-year reign as D.A.

Nisley’s nefarious tactics date back to Clinton’s Presidency, when Nisley was first elected. A victim of Nisley recently stated, “No more! No more innocent lives will be ruined by this man. Today we should all rejoice that Mr. not-so-Nisley is gone!”

It is no surprise why Voters overwhelmingly decided to get rid of Nisley. He had been publicly shamed many times throughout his career for being outright dirty. Perhaps the real question for Wasco County Voters is, “how did Nisley remain the elected prosecutor for twenty-years?”

• Nisley prosecuted several innocent men for false sex crimes alleged by dangerous women, some of whom were merely seeking victim’s assistance benefits.
• Nisley was accused of sexual misconduct himself in 2011.
• Nisley knowingly prosecuted an innocent Armando Garcia, attempting to help a local law enforcement officer involved in the case.
• Nisley “knowingly made a false statement of material fact in connection with a bar disciplinary matter.”
• The Oregon State Bar suspended Nisley’s license to practice law while he held public office for District Attorney.
• The Oregon Supreme Court upheld Nisley’s suspension after he appealed the decision.
• According to OPB, “Nisley was ousted after the Oregon Department of Justice said he couldn’t continue to hold elected office after being suspended from practicing the law.”
• Sadly, a disgruntled Nisley continued to run his campaign while his law license was suspended.
• Nisley was found to have lied to Department of Justice Investigators at least six times.
• Nisley “abused his authority by ruining Wasco County resident, Gary West, and his family” in a high-profile case he oversaw.
• Nisley was accused of immigration fraud and racketeering in 2010.
• Gary West claimed Nisley abused his authority, with intent, which led to the death of Mr. West’s daughter, Ashley West. Mr. West would often protest Nisley outside his office, holding a sign saying, “Tar and Feather D.A. Nisley.”
• Nisely “improperly investigated a county official.”
• According to Edward Snook, Nisley is among the six most corrupt District Attorneys in Oregon History. We have had more complaints against Nisley than any other prosecutor.

After losing the election, Nisley refused to return this writers call for comment. Perhaps Nisley does not fully understand the impact of his horrific actions? In a public announcement, Eric Nisley wrote, “All the money from Portland swung the election here. It is a sad day for Wasco County.”

The US~Observer commends Wasco County Voters for doing the right thing. When almost 75% of Voters say, “NO MORE NISLEY,” that is a GREAT day for Wasco County! Congratulations to Mr. Ellis for his victory. We certainly look forward to having justice restored in Wasco County.