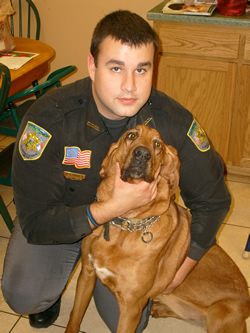 Franklin, North Carolina – On June 5, 2008 Sheriff Deputy Chris Hoover of Franklin, NC was charged with “Taking Liberties with A Minor.” The US~Observer was hired in early September of 2008, to vindicate Hoover of the false felony charges leveled against him by corrupted law enforcement.

In early September, 2009, the false charges were dismissed due to the intense investigation conducted by the US~Observer and the subsequent article exposing the true facts regarding the false felony charges leveled at the innocent deputy sheriff.

After the US~Observer’s articles were published, the prosecutor moved the court for a change of venue because our investigative article was distributed in Macon County. Normally, this is the ploy of a defense attorney when negative publicity is polluting the jury pool. The motion was denied and the prosecution was faced with an uphill battle.

In time, justice will prevail with adequate help, but the cost to a human’s life is incalculable when unprofessional, pre-determined, knee jerk police investigations are allowed to go unchecked.

This reporter journeyed to the Smoky Mountains of southwest North Carolina over one year ago to investigate a felony indictment case involving a young Macon County Sheriff Deputy, Chris Hoover. Chris was accused of taking liberties with a minor, the minor being his three year old step daughter.

In early September, 2009, the three felony charges were dropped by the District Attorney’s office. “State cannot proceed to trial at this time, unable to present necessary evidence at current time,” was the official pronouncement given by authorities. After fifteen months of waiting for a trial to clear his name, Chris Hoover was told that the government could not successfully prosecute him because there was insufficient evidence to proceed. This is, in part, exactly what the US~Observer proved to all law enforcement and public officials involved over a full year ago. 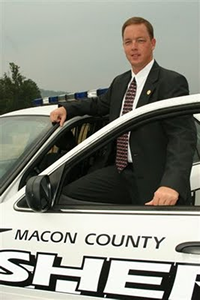 Upon my arrival in Franklin last year, I was informed that Sheriff Robbie Holland had formed a blue line, barring me from conducting a thorough investigation – his attempt at “Obstruction of Justice” was unsuccessful. Fortunately for Hoover, my investigation was, by far, more comprehensive than the vigilante rush to judgment type investigation conducted by the State Bureau of Investigation and Macon County, North Carolina Sheriff Robbie Holland. Holland stated that the evidence presented to a grand jury was sufficient to indict Hoover and he terminated Hoover two days before the actual indictment, without as much as a meeting with his young deputy.

The day baby Emma complained of a sore bottom she was taken to a pediatrician for an exam. Due to the baby’s uncooperative behavior she was then taken to the “Kid’s Place” to be interviewed by a social worker from the Department of Social Services and another deputy sheriff Judy Bradford-Lau. The baby was interviewed for over an hour without incriminating Hoover. The taped interview revealed Lau repeatedly asked the baby leading questions to substantiate Hoover’s culpability. Following the interview Lau told Hoover he was cleared.

Now enters the State Bureau of Investigation, intent on another false, manufactured conviction. Two agents arrive at Hoover’s home late that evening and interview both Hoover and his wife Brandi. Hoover was previously instructed by Holland to cooperate with investigators and he followed the orders to the letter. Agent Shannon Ashe asked Hoover if he would go to Skyland, NC for a polygraph test. Hoover assented and he departed with Ashe at approximately 9:45 p.m. Hoover was interrogated by agent Chris Smith and a polygraph test was administered in the early hours of the next morning. Following the test Smith became adamant that Hoover had failed the test. In fact, this was a lie on two counts. Hoover took a similar test a few days later and passed with honors, and Hoovers attorney Charlie Swift determined that Hoover did not fail the test administered by Smith.

Armed with his blatant lie, Smith brow-beat this young deputy in the early morning hours, to secure a confession. The confession, obtained after Smith’s heavy-handed interrogation and after Smith told Hoover his admission would close the issue, was simply Hoover stating that he might have touched the child inappropriately. This is how not to ensure that justice is meted out, but it does wonders for conviction rates.

In spite of his rush to judgment, Holland terminated Hoover at approximately 3:30 a.m. following the tests. Since polygraphs are not reliable, why didn’t Holland interview his deputy after viewing the test results? Supposedly, it wasn’t necessary, after SBI agent Smith extracts a coerced and tainted confession from the accused, based on the misleading statement that he failed the test, the fact that he was interrogated well into the early morning hours and that Hoover was being threatened with serious, police-state actions if he didn’t say what they were forcing him to say. Holland never investigated this case, even after deputy Lau told Hoover he was cleared following her interview with the alleged victim.

Sheriff Holland made an “intended” rush to judgment, while failing to investigate. In fact a former Macon County deputy told me that Holland ran for the sheriff’s position based on his campaign slogan to protect children. Could this case be a campaign mantra for his re-election campaign? Holland’s career could have been greatly enhanced if Hoover was indeed found guilty.

Selling out a deputy was bad enough, but now Holland claims that “this case could be re-opened at some time down the road.” Holland recently made this statement to save face. What else could Holland say after being humiliated by the facts that the US~Observer took into the public arena? There wasn’t any evidence a year ago and there won’t be any tomorrow, next year or in a score of years.

During my 2008 investigation, Hoover’s spouse told me she believed that Chris Hoover could not have done what the indictment stated. She signed an affidavit under oath that the SBI was pressuring her to cooperate with them, in order to convict Hoover, or else they would take the baby to Chapel Hill for an extensive psychological exam. This was a blatant attempt to coerce a witness, but she refused to attack her husband at that time. Now that the charges have been dropped against Hoover, Brandi has the audacity to say that she knew that her husband committed the crimes all the time. Brandi Black Hoover left Hoover shortly after she signed the affidavit and is awaiting a divorce decree. This is after she reportedly maxed out Hoovers credit cards and allegedly bragged to others that she took him for everything she could get her hands on. Was she lying when swearing on the affidavit or is she lying now? In any event she is a despicable, opportunistic person, with a fatherless child. This poor child was a pawn, used by unprofessional law enforcement personnel in an attempt to convict an innocent man.

Although the US~Observer has not conducted another investigation in North Carolina since Hoover’s case, the paper has learned through third parties about other misfortunate men who have been entrapped in similar circumstances. The last unofficial number of false prosecutions stands at or about fourteen in Macon and Cherokee counties.

One such case is regarding a forty year old man accused by his thirteen year old daughter of rape. Stephen “Ricky” Martin was taken to Ashville by Agent Shannon Ashe to undergo a polygraph test to be administered by Agent Chris Smith. The test was reportedly never given to Martin, yet the duo of Smith and Ashe reportedly claim he failed it miserably. It appears Martin was in a family feud with his sister over custody of the girl. The trial was held in July, 2009 and Martin was convicted in six hours to ninety-two years in prison. A reliable, though non-related witness who visits Martin in prison weekly reported to me that Martin’s attorney failed to present a defense for his client. No witnesses were interviewed; the false claim of a polygraph test was never questioned and now, Martin’s only hope for saving his future is for him to attain the services of the US~Observer, file a Post Conviction Relief case, and obtain a new trial in order to right the wrongs of his reportedly incompetent attorney and two overly aggressive and corrupt state investigators.

The “criminal behavior” of agents Ashe and Smith needs to be addressed, and severely punished. Speaking to Murphy, NC attorney Jerry Townsend, he stated that “white males are easy targets for militant groups of feminist organizations who disregard the rules of procedure and basic fair play. The end game is to convict, convict, and convict white males of sexual crimes.” He is appalled and perplexed by the trail of indictments, all with the same circumstantial evidence brought to grand juries by agents Ashe and Smith and a few other crime fighters, or would crime framers be more apropos? Even the current statutes protect women as they make false accusations against alleged assailants.

Editor’s Note: Anyone with information regarding false felony charges should contact the US~Observer at 541-474-7885. 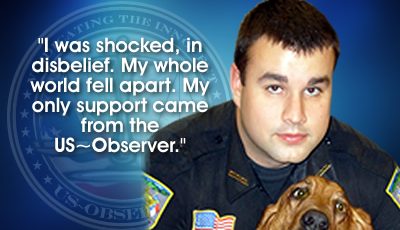 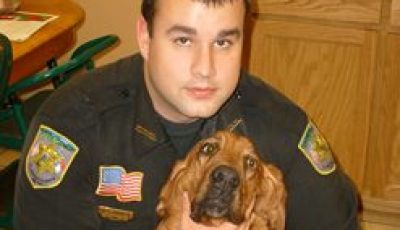