Brian Schmonsees maliciously files a Better Business Bureau (BBB) complaint against the US~Observer, all the while knowing he was never a customer. 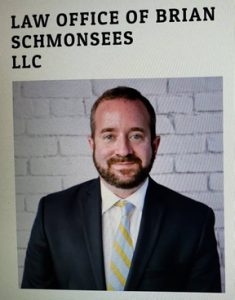 Clackamas County, Oregon – On September 14, 2021, Oregon Attorney Brian Schmonsees filed a false and malicious complaint with the Better Business Bureau (BBB) against the US~Observer. Schmonsees’ complaint was so riddled with falsehoods that he must have typed it while in a state of rage. His rage obviously occurred after he read an article titled, “Guardianship Nightmare Turned Criminal.”

In that article we explain how Jack Dunn and Rose Henley have been abused by the Clackamas County, Oregon legal system for nearly four long years. Dunn and Henley were literally forced to seek out the assistance of the US~Observer when they realized that the attorneys who had been appointed as public defenders to represent them and those they hired were not doing an adequate job. According to Henley, “Our attorneys have been basically leading us to slaughter, to prison on false charges, when all they had to accomplish to prove our innocence was complete a very simple forensic accounting. An accounting would show that we were owed money as opposed to stealing it like the Prosecutor contends.”

Schmonsees was Henley’s last attorney, and he was court-appointed, as she is now indigent. Schmonsees was appointed on 01/15/19 and he withdrew on 09/13/21, soon after reading our article which quoted him several times. Schmonsees’ quotes were taken directly from email correspondence between he and Henley.

“US Observer is a purported news website that publishes false and defaming articles about local attorneys in Oregon City, Oregon. This business has filed false and misleading comments about me that constitute the torts of false light and defamation. I am drafting retraction demands. This business should not have an A+ designation as they are not a legitimate media company.”

“The complainant is not a customer of mine nor has he ever been a customer.

The complainant is in fact an attorney who is disgruntled that I was able to obtain documents allegedly showing that he was not being straightforward with his client who is on trial in Clackamas County, Oregon.

I have attached a copy of the article that we published. Please note that the article is full of quotes taken directly from this disgruntled person’s correspondence with his client.

Again, the complainant is not a customer of mine.”

It is obvious why we have an A+ rating. Unlike others (Schmonsees) who file false complaints saying they are a customer, when in fact they are not, we take our reporting seriously.

A Factual Dissection of Schmonsees Complaint

The US~Observer is not a “purported news website” as Schmonsees claimed. We have been in print for approximately thirty years, with subscribers in all 50 states, making the US~Observer well established and quite legitimate. We investigate cases on a factual basis. We never intentionally file false or defaming articles. We do, however, publish damning articles from time to time about crooked attorneys who steal from their clients by not providing an adequate defense for them. We also publish highly complementary statements about attorneys who properly represent their clients. It all depends on the facts.

The quotes we published and attributed to Schmonsees do not constitute the torts of false light and defamation, as they are taken directly from his correspondence – he factually said those things. On the other hand, Schmonsees complaint to the BBB contained only desperate lies which does constitute the torts of false light and defamation against the US~Observer, especially considering his complaint was designed to injure the US~Observer’s stellar rating and reputation. Attorney Brian Schmonsees has not served any retraction demand on the US~Observer like he told the BBB he was going to do. He obviously told the BBB he was doing so in hopes that he could sway them into believing his lies.

The only thing that anyone needs to do to see if the US~Observer deserves an A+ rating is to go to our website and view our many references.

Our practice is always to take the high road. I called Public Defender Schmonsees twice and left cordial voice messages both times asking that he call and explain what was incorrect with the article we published. We did not receive any response. I finally sent Schmonsees the following email:

“I have left you two voicemails on your phone and have not had the courtesy of a return call – Why?

You filed a false complaint against the US~Observer with the Better Business Bureau (BBB) on 9/14/2021. I answered their inquiry into the complaint on 9/21/2021. The BBB subsequently sent me notice they decided “Complaint Closed Invalid”. The BBB instructed me to contact you and work the matter out directly with you. You have been non-responsive to my attempts.

I consider this matter to be serious as you attempted to ruin our A+ rating and reputation with the public body most people check with before deciding to do business with someone. Further, you stated in your complaint that you were “drafting retraction demands”. I have not received any such demand to date.

I would appreciate a call or email from you so we can discuss this matter and resolve it. I certainly do not want to have any false or misleading information about someone in the public realm with my name on it or that of the US~Observer. If I misquoted you or have stated anything that is not factual we need to fix this as I would never intentionally defame anyone.

If you fail to respond to this communication within the next couple weeks, I will have no other option but to settle this matter publicly.”

And here we are…

Editor’s Note: To date, the US~Observer has not received any response to Edward Snook’s letter above. If you believe it isn’t okay for an attorney to attack the US~Observer with lies to the BBB like I do, call him at 503-994-8738 and tell him! I have already made my call.

Anyone with information regarding wrongdoing on the part of Clackamas County, Oregon Public Defender Brian Schmonsees is urged to contact the US~Observer by calling 541-474-7885 or by emailing editor@usobserver.com. 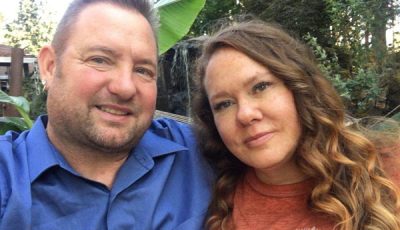