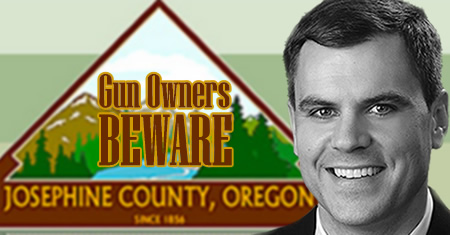 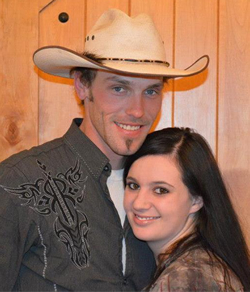 Grants Pass, OR – Charles Daniel Olds, or Dan as he is known to his friends and his wife Maranda moved to Southern Oregon early in 2015. They had both moved here from the oil fields of North Dakota. Once Maranda discovered she was pregnant, the young couple decided the harsh weather of North Dakota was not for them.
Dan grew up in Utah with many siblings and Maranda grew up in Wyoming on a working ranch. They are both very familiar with firearms, used them for sport as well as defending cattle against predators.
Dan and Maranda had visited Oregon on vacation and thought that Josephine County would be a very wonderful place to live and raise a family. One of the reasons they chose Oregon were the gun laws here. Little did they know, Oregon has some prosecutors and police officers who act like they are “gods”, and the Olds’ moved right into the jurisdiction of a couple of them.
The Nightmare Begins
On January 28, 2016, the Old’s had gone to the Cave Junction area. Their daughter Felicity was now 7 months old and the couple wanted to take a hiking trip and look at some property for sale in that area.
As they were heading home, Maranda was driving their car on Hwy 199 and Baby Felicity was in her car seat in the back where she was screaming because she was tired and hungry. Dan had turned around, trying to sooth his daughter, when Oregon State Police (OSP) Officer Brian Ziegler, who was traveling the opposite direction, made a U-turn in the highway and eventually pulled them over for a broken tail light.
Officer Ziegler came to their car on the passenger side and asked for Maranda’s driver’s license, insurance etc. It was at this time that Officer Ziegler told them they were being audio recorded.
Looking into the vehicle, Officer Ziegler asked Dan if that was a weapon he was looking at between them near the consol. Dan responded yes it was and according to Maranda, she volunteered to Officer Ziegler that it was her gun. Officer Ziegler walked back to his vehicle to run a background check on them and did not seem concerned about leaving the gun with Dan or Maranda.
The Old’s vehicle has bucket seats with a console between. The gun was muzzle down between the seat and the console with the butt showing. The gun was holstered and visible as a firearm.
When Officer Ziegler returned to the vehicle he asked Dan if he had any other weapons and Dan responded that yes, he always wore a knife. It was then that Officer Ziegler instructed Dan to get out of the vehicle. Ziegler then took possession of the gun and the knife.
Dan was issued a citation for carrying a concealed weapon and the gun was confiscated. When Dan asked Officer Ziegler why he was being issued the citation instead of the gun owner, Officer Ziegler stated that the gun was closer in proximity to Dan, which was why he was issued the citation.
When Dan went to the courthouse to see how to handle the citation, he was told that he could plead guilty and pay a $500.00 fine or fight the charge. Pleading guilty would mean that Dan would lose his gun and his gun rights. Knowing he was innocent, Dan stated he wanted to fight the citation. He was given a court date and obtained Rebecca Peterson as his defense attorney.
Many times over Dan was warned that pleading innocent and being found guilty by the jury would land him in jail where he would most likely serve a maximum sentence. He was told that he could spend up to a year in jail.
According to Dan, his Attorney Rebecca Peterson warned him before trial about going to jail but Dan stood firm and quickly rejected all attempts.
The Trial 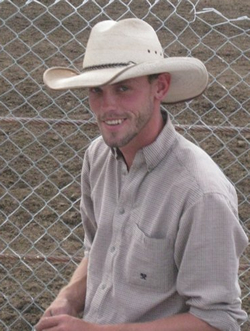 Fast forward 8 months, Felicity just turned one year and her daddy is on trial and could possibly go to jail until she is two.
Assistant District Attorney Kate Williams prosecuted this case for Josephine County District Attorney Ryan Mulkins. According to one witness, during opening statements, Williams used the analogy that, “if a husband and wife both owned a television set in their home, it would belong to both of them”. She of course was supporting the fact that Dan was issued a citation for his wife’s gun.

“Remember, there was an audio taping
of the traffic stop – it was ruled inadmissible in court.”
–News With Views

Remember, there was an audio taping of the traffic stop – it was ruled inadmissible in court. Sources have informed us that the time-line of events presented to the jury by Officer Ziegler differed very much from what the audio tape showed. According to Officer Ziegler, he first saw the knife and went on high alert for other weapons. He stated the stop was not because of a broken tail light but because he thought the license plate was home-made. But how does Officer Ziegler see a broken tail light or a home-made license plate from the rear of Olds’ vehicle when he is traveling in oncoming traffic?
According to information received, there was an agreement between Ms. Williams and Defense Attorney Rebecca Peterson to not bring before the jury the knife issue at all, because it could prejudice the jury against the defendant, however, Josephine County Circuit Court Judge Wolke stated that since the knife was not illegal he could see no reason why any jury would become prejudiced and he allowed the knife testimony. When Williams introduced the knife issue to the jury, she attempted to make Dan look menacing. The jury obviously didn’t buy what she was selling. They were intelligent enough to realize that the gun was visible by Officer Ziegler or he wouldn’t have asked for it, therefore making it impossible to be concealed.

The Prosecutor was “visibly upset.”
–Witness

The jury was only out for approximately 20 minutes when they decided unanimously that Olds was innocent. According to witnesses, upon hearing the innocent verdict, the prosecutor was “visibly upset.” The jury in this case should be highly commended in that they protected an innocent man from an attempted false prosecution initiated by Officer Brian Ziegler and conducted by Josephine County District Attorney Ryan Mulkins via his assistant. Defense Attorney Rebecca Peterson should also be commended for getting the truth to this jury.
Editor’s Note: If you are outraged by District Attorney Ryan Mulkins wasting hard-earned tax dollars, and attempting to falsely prosecute yet another innocent person, please call your Josephine County DA’s Office and file a
complaint at 541-474-5200 or email: da@co.josephine.or.us