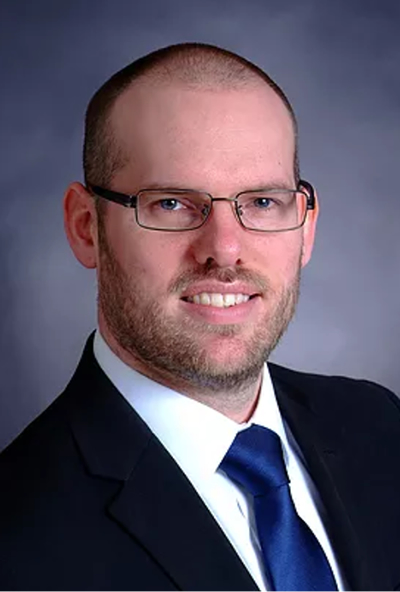 Okanogan County, WA – Branden Platter, the Democrat incumbent Prosecutor of Okanogan County, who is seeking election in the upcoming Washington November vote, must have a different sense of what “justice” means than that of the average citizen. Across his newly launched campaign website, Platter uses the slogan, “Proudly serving justice and the community with honesty, dedication, and transparency.” Having reported extensively on the false prosecution of James Faire, handled by Platter’s office, we have concluded his slogan is nothing more than platitudes designed to elicit votes. Point of fact is, there isn’t anything more unjust than an innocent being railroaded by the system under the guise of justice, and that truth is what Platter will face when Faire secures a deserved not guilty verdict in his upcoming trial. Based on his actions, Platter believes that his only hope of getting a conviction is to keep the most important facts of this case from the eyes and ears of the jury.

In what began as the infamous “Squatters run over woman” case, James Faire was arrested in Okanogan County and charged with First Degree Murder, Assault in the First Degree, Theft in the First Degree, and Criminal Trespass in the First Degree in June of 2015. Okanogan Sheriff Frank Rogers appeared on KREM 2 News the day after the incident and publicly indicted James Faire as the perpetrator, thereby locking the county into the prosecution.
That was three years ago. In that time, James Faire spent 8 months in jail – the majority without representation; James’ bail was finally slashed by the judge and he was released; the Okanogan prosecutor at the time, Karl Sloan, left his post for a lesser position with the state in July of 2017; and, Branden Platter was appointed to the position of Prosecutor.

Moving forward on the Faire case, Platter threw out all of the charges against Angela Nobilis-Faire (James’ wife). Platter also tossed the theft and trespass charges against James after he had faced them for two and a half years. Not only was the evidence contrary to the charges, the existence of the charges would allow substantial testimony that would damage his case against Faire on the remaining charges that he also downgraded. From First Degree Murder, Platter is now seeking a conviction for Vehicular Homicide or Manslaughter, and from Assault in the First Degree to Vehicular Assault. Both downgrades offer Platter a substantially lower burden of proof. While the dropping and downgrading of charges seems like Platter is being reasonable he is not, due to the fact that Faire is just as innocent of Vehicular Homicide or Manslaughter as he was of First Degree Murder. Platter is trying to convict James Faire for defending himself and his wife against a violent attack; for not being “reasonable” enough while a group surrounded their vehicle – with one person smashing at him with a lock attached to the end of a heavy chain. In essence, Platter wants us to believe that James Faire should have seen Debra Long in front of his truck, while he was being violently attacked as he was fleeing for his life and that of his wife’s.

According to Washington law, there is no duty to withdraw from a confrontation in order to use force, but that was just what James Faire was attempting to do. He was trying to get to safety, without harming anyone, and sadly a woman died in the process. No one is disputing that Debra Long was run over by the vehicle James was driving. The dispute between the prosecution and the defense is if James acted reasonably by trying to get away from a violent mob. In reality, there is no dispute at all, James Faire was acting extremely reasonably, in that he backed his truck up in an attempt to keep from hitting anyone instead of driving straight out, when attacked.

Now, in James Faire’s most recent hearing on May 15th Platter submitted a Motion in Limine seeking to exclude a great swath of testimony and evidence from ever reaching the jury in the upcoming trial slotted for July 16th. In it, Platter is seeking to limit the scope of the trial to, in part, exclude the relevant information as to what brought everyone there that day. Platter is banking on the idea that he can get a conviction by disallowing James Faire an adequate defense of showing that he had cause to fear for his life. Platter would rather the jury get a piece of the puzzle, not the whole picture. This is not justice, and it’s not fair. Juries should have the right to hear all the evidence.

Here are the 15 points of exclusion and limitations Branden Platter is seeking in the upcoming Faire trial:

1. Exclusion of evidence or argument concerning the penalty defendant is subject to if convicted in this case or any other consequences of conviction.

• Platter doesn’t want people to know that James Faire could be imprisoned for life for defending himself. 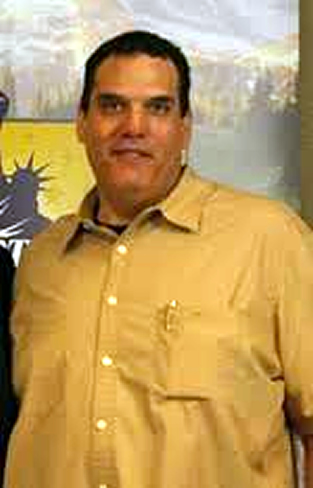 2. Exclusion of witnesses from the courtroom. This is a standard exclusion.

• It keeps witnesses from being able to tailor their testimony with other witnesses. The funny thing is, the only witness this could potentially impact is Platter’s state witness, George Abrantes, the man who was factually committing attempted felony assault with his lock and chain. He is the only one to say that he didn’t swing the chain before James ran over Debra Long – all other witnesses, including the state’s witnesses have stated that he committed his violent attack prior. Abrantes obviously knows that his actions were the real cause of Long’s unfortunate death.
3. Exclusion of prejudicial statements, personal beliefs, and comments on witness credibility.

• Platter is trying to keep feelings out of a situation that was driven by emotion. He wants “the facts of the case” which amount to his hand-picked testimony from one individual to be the only thing heard by the jury.
4. Exclusion of examination inviting one witness to comment on another witness’ accuracy or credibility.

• Platter knows good and well that his witnesses don’t tell the truth (please see #6 & #8 below). He also knows that not all of his witnesses agree.
5. Exclusion of any hearsay, including “self-serving hearsay” by the defendant.

• The problem with doing away with hearsay in this case is that only others can speak about what the decedent had said or done to precipitate the violent confrontation her group initiated with the Faires.
6. Exclusion of character evidence.

7. Exclusion of any mention of procedural history of the case.

• James Faire has been pursued in this matter for 3 years. As noted above, it started with a number of charges including murder. Platter dropped several of the charges as there was no evidence of wrongdoing. Furthermore, had he kept the charges, he’d have to include all sorts of testimony that would make his goal of getting any conviction more improbable than it is now.

8. Exclusion of the admission of any police reports.

• This keeps reports that were filed against James and Angela Faire – which have been proven false – from being shown to the jury. It also keeps the jury from hearing about the very real conspiracy that led up to the Faires being violently attacked by those who filed the reports. 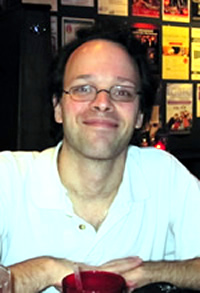 9. Exclusion of evidence or testimony pertaining to previous theft incident.

• Platter dropped the theft charge when it was discovered that Richard Finegold, one of the main conspirators who made the claim that the Faires took money from a GoFundMe account they set-up to aid a friend dying from cancer, didn’t disclose how much the Faires gave him. Finegold is also the individual who filed the false police reports.

• Platter dropped the criminal trespass charge. He did this because there is more than enough evidence to substantiate that James Faire had been given permission to be on the Tonasket property. Oddly, this goes against all of the state’s witnesses who conspired to have Richard Finegold file a false police report against James Faire. By dropping the charge and moving to exclude it from the jury, Platter is attempting to keep the jury from knowing about what led up to the armed, premeditated attack on James and Angela Faire.

11. Exclusion of witness interview transcripts except for impeachment purposes.

• The eyewitnesses in this case have all been interviewed several times. First by a deputy or a detective, then by the defense attorneys. Now, Platter wants to keep most of what they said out of the hands of the jury, as their statements offer clear context to the conspiracy to confront the Faires. Their statements also conclusively prove that James Faire was acting out of self-defense when Debra Long was run over.

• An effort to keep the defense from labeling the photos with pertinent information.

• Abrantes is the person who, according to all 3 of the other eyewitnesses (both state and defense), began an assault on James Faire with a lock and chain. It was this assault that James Faire was trying to flee when he unintentionally and unwittingly ran over Debra Long. Getting rid of any way to impeach Abrantes’ character is imperative if Platter is to have any hope of a conviction.

• Fourteen defense witnesses to be exact are being targeted for exclusion. It even includes James Faire’s expert witness, Professor Gregory Gilbertson, who thoroughly investigated the case and concluded: “Debra Long died because George Abrantes assaulted and attempted to murder James Faire … George Abrantes’ assault upon James Faire so thoroughly menaced, traumatized, distracted, and disoriented him that in his overwhelming fear of death or great bodily harm he accidentally ran over Debra L. Long while fleeing for his life from George Abrantes.”

• That’s right, Platter wants to limit what James Faire and his witnesses can say in James’ defense.

It is not right what James has been put through the past 3 years, all because a senior county official couldn’t conduct an in-depth investigation before opening his mouth publicly. And, it’s not right that a prosecutor, having all the evidence before him can’t simply drop these undeniably false charges.
Branden Platter is not serving justice or his community by spending tens of thousands of tax-payer’s dollars pursuing a false conviction in this case. He isn’t honest in his motives, and clearly not in his conclusions as to what the eyewitness statements and evidence show. His only transparency is that he is dedicated to getting convictions at any cost, even if that means putting an innocent man behind bars for the rest of his life. Of this the voters in Okanogan can be sure, if you want real justice, your vote is better served being cast elsewhere.

As for the James Faire trial, you can rest assured the US~Observer will be there offering daily updates on this injustice, while also holding Branden Platter’s feet to the fire. Through our investigation, it has always been evident that James Faire acted in self-defense and is innocent. We look forward to watching a jury come to that conclusion themselves.

Editor’s Note: Anyone with information about Brandon Platter’s involvement in any form of corruption is urged to contact the US~Observer at 541-474-7885 or email us at editor@usobserver.com.