Scammed by a Used Car Salesman?

Spokane, WA – James “Jimmy” Harris was a new and used car salesman but you shouldn’t hold that against him. He appears to be an upstanding, successful gentleman who made a living from arguably one of the most cut-throat of professions. According to Harris, that is until a foreign second-hand dealer, and an American importer and used car salesman schemed and scammed, taking Harris for a ride.

In Oregon, Harris was born into a self-reliant family. As a young man he worked his family’s farm raising pigs, chickens, rabbits, and beef. Harris reminisces of his time milking cows and often thinks of how the world has changed.

It’s true, from February of 1976 when Jimmy Harris began selling cars out of Redmond, Oregon for a Chrysler, Plymouth, Dodge truck satellite dealer, to 1982 when Harris became a part owner of a GM dealer, and then to 1995 when Harris became the owner of his own automobile wholesale company, the world irrevocably changed. Harris’ wholesale company found success importing cars from Canada. In one month he brought in 59 vehicles. That is a good amount of inventory.

As time went on and the world shattered with the events of September 11, 2001, Harris kept working his trade. This of course meant he reached out to dealers throughout Canada in order to find vehicles for a good price that he could import into the United States and make a profit.

Enter Calvin Mirbach, a smooth Canadian auto dealer whose “deals” in Canada are a thing of infamy. Mirbach has either been sentenced or sued on several occasions for his involvement in fraudulent and illegal sales of automobiles. For Harris, he believes he too was caught up in Mirbach’s swindling.

In 2015, per Harris’ records, he bought 62 vehicles through Mirbach. According to Harris he received all but 17 of them; the last 17 that he purchased. Harris says that Mirbach claimed to have shipped the 17 to the States, and in particular, to one Intermediary company, RC MAST INC dba Automotive Services Company of Spokane, Washington owned by Rich Mast. 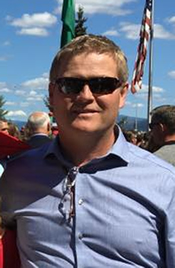 You see, automobile wholesalers like Harris often rely on the seller’s relationship with an importing company that actually brings the vehicle into the country and then reconditions the autos to U.S. standards. Imagine buying a car that doesn’t indicate miles per hour and you are stuck trying to figure out the conversion from kilometers per hour. Not only would that be inconvenient, it violates the Department of Transportation’s rules on vehicle importation. That is just what Mast’s RC MAST INC dba Automotive Services Company does – it brings in cars, reconditions them and sends them to the owner – supposedly.

In Harris’ case, he adamantly maintains he never received the last 17 autos. Harris alleges that two of the other vehicles that he did receive and managed to take to market through the Mirbach-Mast-Harris pipeline, ended up having mileage inconsistencies, and that he took serious losses on them. Harris emphatically states that he does not know who or when the odometer discrepancies (“roll back”) occurred but he says he has his suspicions, but that is when he claims he started having his doubts about Mirbach and Mast.

Harris says that, “it’s interesting that after these two vehicles having odometer issues cropped up, Mirbach would tell me there was a shortage of trucks to haul my vehicles into the country.”

According to Harris, this went on for weeks and then months.

One day out of the blue, according to Harris, Rich Mast called him and said that he thought he had a Ford pick-up of his. Harris says that he confirmed the Vehicle Identification Number (VIN) with Mast and sent him a copy of his bill of sale but that Mast became standoffish and aggressive.

As stated by Harris, that’s when his attorney fruitlessly got involved. Even though Harris’ attorney eventually claimed to have sent the issue to the Spokane County Prosecutor for action, nothing was ever civilly resolved and no criminal charges ever transpired. Was it a case of the “good ol’ boys” looking out for each other? We may never know.

What we do know comes from the US~Observer’s ongoing investigation. Of the 17 vehicles that Jimmy Harris paid Calvin Mirbach for, only four were imported into Washington State, and in particular into Spokane by Rich Mast’s company. We know this from the states records on these vehicles. We also know that of the four vehicles Mast possessed two were sold and the other two, as of November of 2020, were still in the ownership of Rich Mast’s Automotive Service Company. Mast also owns Crosspointe Autoplex, a used car lot.

The US~Observer contacted Rich Mast in an attempt to give him the opportunity to answer to Jimmy Harris’ claims that he stole numerous vehicles that belonged to Harris. Mast was very rude, and he refused to answer any questions. At the end of the very short talk, Mast started yelling and accused Harris of harassment – he then hung up the phone. 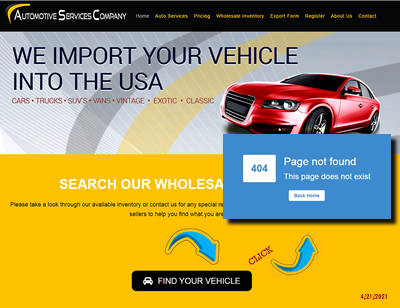 Rich Mast’s Automotive Service Company website boasts that it will “import your vehicle into the USA.” Funny enough, when you click to search their wholesale inventory, the site comes back with a 404 error – “page not found – this page does not exist”. Much like what allegedly happened to Jimmy Harris’ vehicles; they simply disappeared. Buyer beware. I guess that’s why there is the old adage that you should never trust a used car salesman. Hey, when it fits, use it.

While years of attorney wrangling may have run-out the statute of limitations on Harris’ ability to recoup his losses from Mast and Mirbach, there is a real-world cost that needs to be weighed, and that is of their reputations. While it may be too late for Calvin Mirbach, it might not be for Rich Mast. Time will tell if he makes good on Harris’ four original bills of sale in order to assuage any negative feedback on his “ethical standing.”

Either that or Mast might start by simply calling the US~Observer, conduct himself in a courteous manner and provide us with any factual information that exonerates him from Harris’ accusations – if he has any…

As for Jimmy Harris, he has retired from his successful career and company and just wants to put the whole thing behind him, even though he’d be happy to recoup at least a little bit of the great amount he lost to those who he says “took him for a ride.”

Editor’s Note: Our readers can rest assured that anyone who has had dealings with RC MAST INC dba Automotive Services Company or Crosspointe Autoplex, either positive or negative, can reach out to the US~Observer and share their experience by calling 541-474-7885 or emailing editor@usobserver.com.

Mast alone should know he is in control of the public’s perception of the facts regarding Harris’ vehicles. He can either be upstanding or not.

If you have information on Calvin Mirbach or Rich Mast, please contact us immediately.