“Thankfully, my dad found the US~Observer.” 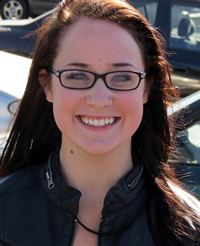 Sierra Brownlow was a victim of bullying at school. She was followed and assaulted in a public parking lot. When police arrived, her story was refuted by others who supported the bully. Sierra had only one witness. Buying the bullies rendition of events, the police ended up arresting Sierra. She was later charged with Assault IV. Having never been arrested, Sierra found herself reliant upon her father for help. She needed a good criminal assault defense if she was going to prove her innocence. Fortunately for Sierra, her father found the US~Observer newspaper.

A Criminal Assault Defense That Works

Within a short period of time, the US~Observer was able to gather strong evidence that proved Sierra’s innocence. That evidence was shared with the appropriate people. Before Sierra knew it – her false assault charge had been dismissed. Just like that – her life was back to normal.

If you or anyone else you know are victims of false assault charges, please contact the US~Observer. We can help. Criminal assault defense requires strategy. 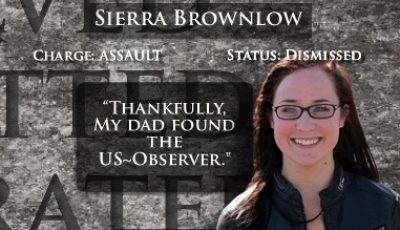