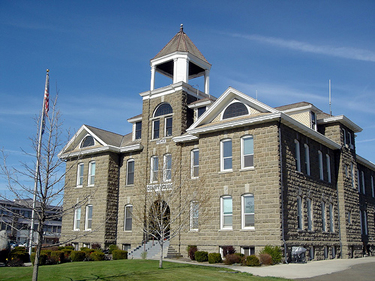 Wallowa County, OR – Rancher David Talbott was arrested at his home on May 31st 2012 and charged with Assault in the 4th Degree and Menacing after his wife had called 911.
Sheriff’s Deputy Kevin McQuead and Oregon State Trooper J.L. Reaves responded to the call and after speaking with Talbott and his wife they arrested Talbott. A “No Contact Order” was issued and Mrs. Talbott was forced to leave the family home, as her husband had to care for their cattle and ranch.
The US~Observer agreed to take on the Talbott case and we soon located and spoke to Mrs. Talbott. We had already established that Mrs. Talbott had suffered from a stroke and that her husband was attempting to get her medical help. Mrs. Talbott assured us repeatedly that her husband had never hit her or done anything but try to help her. We taped our interview with Mrs. Talbott and sent it to authorities in Joseph, Oregon on June 25, 2012.

On July 17, 2012 Wallowa County District Attorney Mona Williams filed a “Motion For Judgment Of Dismissal” with the Wallowa County Circuit Court. William’s stated in her motion, “It is in the interest and furtherance of justice that this case be dismissed.”
Our investigation revealed that both officers acted properly and followed the law in arresting Talbott. The officers didn’t have time to do an in-depth investigation and to protect both of the Talbott’s they did exactly what they were required to do – exactly what they should have done. District Attorney Williams did exactly what her job requires of her, she sought justice.
The US~Observer commends both officers and District Attorney Williams. We are informed that David Talbott is currently seeking to get the proper medical assistance for his wife and we wish this family the very best. We also commend the friend of Dave Talbott who recognized that he was innocent of the criminal charges and obtained the assistance of the US~Observer. Dave’s friend wishes to remain anonymous.
Editor’s Note: The public should realize that while the US~Observer focuses on the wrongdoing by those who work within our criminal justice system, the US~Observer acknowledges that there are many ethical police and other public servants, and we highly commend them…