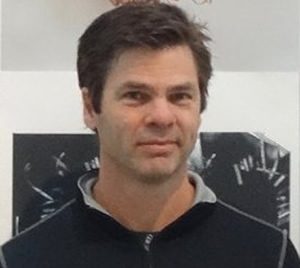 The US~Observer paid Haug a $1,000.00 down payment, leaving a balance of $2,000.00 upon completion. Haug’s estimate of time to complete the site was five weeks.

At about 6-7 weeks into production the US~Observer staff began calling Haug, asking for a progress report. This is when Haug started his delay tactics.

After months of listening to Haug’s put-offs, Edward Snook, owner of the US~Observer finally contacted Haug and demanded he return the $1,000.00 down payment. Haug refused stating, “The website is finished, I finished my work.” Snook, who had already contacted a more competent website expert to build the site and to examine Haug’s shoddy and incomplete work, told Haug that if he didn’t return the down payment, the US~Observer would simply file a lawsuit to recover it and other expenses related to Haug’s negligence. According to Snook, Haug became cocky on the phone, but quickly changed the subject when Snook asked him why, if he had finished the website, did he never send a final billing.

Snook immediately began compiling all the facts regarding the US~Observer’s dealings with Haug and then contacted US~Observer legal counsel. On September 18, 2017 the US~Observer filed suit against Haug in Josephine County, Oregon Circuit Court. Haug answered the lawsuit with what amounted to almost flat-out lies. The case was sent to Mandatory Arbitration, as the amount the US~Observer was seeking to recover was less than $50,000.00.

An Arbitrator was appointed to the case and arbitration was set to take place on January 3, 2017. The Arbitrator contacted the US~Observer in early December to inform us that Haug had requested that the scheduled arbitration date be delayed. The US~Observer refused to agree to give Haug more time. Forced to face the fact that he couldn’t delay, as he did with the US~Observer for nearly a year, Haug agreed to settle the case on December 11, 2017.

After Haug agreed to settle, Edward Snook stated, “It’s truly amazing how disconnected, crooked individuals are. They seem to have no connection to reality or intelligence until they are forced into a corner. Haug was just forced into that corner of accountability, however, he has no idea that he will now enter the Court of Public Opinion, where his dishonest actions will really come back to bite him.” Snook continued, “I wonder how many other people Haug has attempted to cheat, who were unable to hold him accountable. I sure hope that this story keeps other businesses from being cheated by unethical cons like Haug.”

Editor’s Note: Over the past quarter century of successfully vindicating innocent people the US~Observer has encountered a few nut cases or “disconnected individuals” as Edward Snook puts it, who just don’t function within the same reality as normal people. It is impossible to understand what makes these individuals tick but one thing is certain; whether a person is disconnected or just down right crooked, they must be confronted and held accountable when they abuse others. Edward Snook has set a high standard at the US~Observer, gaining the utmost respect from his peers. He has held those accountable who have lied about the US~Observer, as well as those who have lied to us. Haug is a prime example of one person who lied to the US~Observer. Haug’s dishonesty cost him much more financially than if he had just returned Snook’s down payment.

The moral of this story is quite simple; if you allow someone to cheat you, rest assured, they are doing the exact same thing to others. Call the US~Observer at 541-474-7885 or email us at editor@usobserver.com if you need to hold someone accountable.

As a side note, the business that built our CMS based website did an exceptional job. They charged us $3,500 and had the job completed in five weeks. If you need an honest and extremely talented website designer call 541-474-7885 for the name and number of the company we used.

Criminal or Civil – If You’re in Trouble, We Help