Injured Veterans Should Get Back Pay From Date of Injury

When an active duty soldier sustains an injury on the job, shouldn’t
compensation for that injury start from the date of the injury? 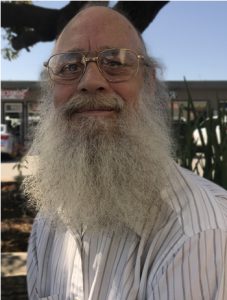 Imagine being hurt while serving your country. Furthermore, the severity of your injury, and the lack of in-service aid makes you unaware of post-service veteran’s benefits. For many who suffered injuries while enlisted, the Veteran’s Administration (VA) offers assistance. That help often includes medical care and financial compensation. The issue which arises for many Veterans is the VA’s stance on when financial help starts. By most accounts, the starting date is “the start of the month after you file your claim.” Regardless of when the injury occurred, it is the VA’s stance that you do not get financial compensation starting on the date of your injury. This is nothing new to the millions of Veterans who suffered injuries while in uniform. Some wait decades before filing a claim – losing out on compensation for many years. Their problems are essentially “lived with.” Whether you agree or disagree with this stance, it remains policy – no back pay that predates the date the Veteran filed their claim. Should the VA’s policy change? Perhaps certain circumstances should cause the VA to re-think their stance on this issue.

For a Veteran named Robert Carrigan, his injury left him “unable to know about or consider filing a claim for over 40 years after the injury occurred.” Robert explained that when he was enlisted he and three other individuals were passengers in a military vehicle that crashed. According to military records, Robert was, “struck in back of (his) head…” during the accident. He suffered a “loss of consciousness” according to military medical records. Almost forty years later, Robert learned that according to the VA, his head injury was a, “Traumatic Brain Injury (TBI).”

Shortly after the incident, Robert reported headaches, blurry vision, seeing spots, and other abnormalities. He was given a brain x-ray (yes, an x-ray) which the doctor noted as, “WNL” (within normal limits). Although Robert was “cleared” by an x-ray, his medical problems didn’t go away. He was prescribed drugs to help, but they only left him feeling, “high.”

Robert was “honorably discharged” within two months of his “high-speed roll-over crash.” Robert’s discharge was noted as, “medical” from a “post-concussion syndrome diagnosis.” Now, forty-seven-years later, Robert is still trying to get the help he needs. He was never told he could file a claim until 2014. He didn’t know about his options back in 1972, when his injury occurred. It should be noted that the injury caused his inability to understand his justified right to file a claim.

Although he is now deemed by the military to being “130%” (only compensated for 100%) disabled, he has not been provided back pay for all the years prior to his 2014 claim. Robert’s medical record specifically says, “TBI… 70%.” The additional percentages of Robert’s disability are for other injuries sustained while enlisted. That means the VA recognizes he suffered a Traumatic Brain Injury from the 1972 accident and awarded him seventy-percent disability for that injury. But the VA believes – and clearly holds the stance – no past due compensation dating to 1972.

In the real world, injury awards do not usually start from the day you file a lawsuit – they start from the date you were injured. So, why wouldn’t the same apply to those injured while serving their country? Shouldn’t the policy set for Veteran’s meet or exceed the standard for non-military citizens? For Robert, he didn’t just suffer a broken arm. He couldn’t understand his options as his TBI left him unable to think normally!

Robert eventually became homeless, living on the streets for many years. Robert looks like the stereotypical homeless man with a scruffy beard, skinny build and a soft persona. He’s managed to survive all these years, but with a huge cost; the loss of a completely normal, functioning brain. And, he will never recover from his injuries. Robert’s family also suffered as a result of the trauma he endured. Some of his family failed to understand the complexity of Robert’s injuries. They didn’t fully understand what was wrong with him. This resulted in decades of lost relationships with his siblings which continues to this very day.

Many disabled Veterans understand and relate to Robert’s pain. Like them, he’s lived and adjusted to as normal of a life as possible. To deny him, and the MANY other Veterans like him, the ability to claim disability pay to the date of the injury, is arguably as damaging as the original trauma. It definitely continues the pain and suffering Robert and others have been forced to endure. Some claim these types of abuses towards our Veterans is in direct relation to the suicide rates among our Nation’s Vet’s.

This policy needs to change, and the VA knows it. Let’s help make it happen! We’ve called the VA Representative for Santa Cruz, CA. We need to ensure Robert is COMPENSATED from the date of his injury. If you wish to help, you should contact the VA representative, too!

Our Veterans need your help! 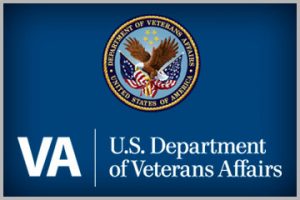 Editor’s Note: You can also help by contacting the White House VA Hotline at: 855-948-2311 – mention this article with your own thoughts and stories!

If you, or anyone you know sustained an injury while enlisted in the military and were unaware of your options, please contact the US~Observer: editor@usobserver.com, or by phone: 541-474-7885. We’d like to hear from you.

If you wish to make donations, please do so by logging onto Veteran Patriots Foundation (non-profit) at: vpfi.org

Reno Francis – The High Price of 43 Years Behind Bars

How to Win Against Assault and Battery Criminal Charges