137 Years of Service to Rural America!

The National Grange is the nation’s oldest national agricultural organization, with grassroots units established in 3,600 local communities in 37 states. Its 300,000 members provide service to agriculture and rural areas on a wide variety of issues, including economic development, education, family endeavors, and legislation designed to assure a strong and viable Rural America. It was formed in the years following the American Civil War to unite private citizens in improving the economic and social position of the nation’s farm population. Over the past 137 years, it has evolved to include non-farm rural families and communities. 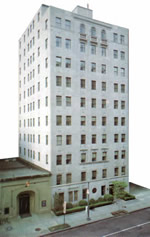 The 11-story landmark National Grange headquarters building in Washington, D.C. was dedicated by President Dwight D. Eisenhower on June 29, 1960, and is the only private edifice in a federal block across from the White House. It serves as a non-governmental headquarters for agricultural and rural families. A professional staff administers policies established annually by democratic Grange processes at local county, and state levels.

The US~Observer will be publishing a series of resolutions that have been adopted by the Oregon State Grange. Starting with “The right of the people to keep and bear arms (below). Unlike many organizations that compromise and sell out their original intentions and goals to special interests, politics and green-backs, the Grange has remained true to its roots.
Since 1956 William “Bill” Waggoner has been a member of the Grange.

The following resolution was drafted by William Waggoner, “Master” and adopted by Deer Creek Grange #371 at its regular meeting held on April 12, 2004. It was subsequently adopted by the Oregon State Grange at its 131st annual session held on June 21-25 at Joseph, Oregon.

Subject: The right of the people to keep and bear arms shall not be infringed.

Whereas: A well regulated militia being necessary to the security of a free state, the right of the people to keep and bear arms shall not be infringed (U.S. Constitution – 2nd Amendment).

Whereas: “I ask sir, what is the militia? It is the whole people, except for a few public officials.” – George Mason

Whereas: Per the U.S. Constitution, Article II, Section 2, Paragraph 2, the President, with advice and consent of the U.S. Senate, appoints Judges of the Supreme Court and etc. Article III, section 1, states: the Judges, both of the supreme and inferior courts, shall hold their offices during good behavior.

Whereas: On December 5th 2002, the 9th U.S. Circuit Court of Appeals in San Francisco, by a three-judge panel’s vote ruled that the Second Amendment to the U.S. Constitution does not guarantee individuals the right to bear arms.

Whereas: This anti-gun ruling by the 9th U.S. Circuit Court of Appeals would place the American citizens at the mercy of terrorists, common criminals, invading foreign powers, Police State and a tyrannical government.

Whereas: The historical records of 200-plus years pertaining to the forming of U.S. Constitution and Bill of Rights prove that Amendments 1 thru 10 are sovereign rights that belong to the American people.

Whereas: The following listed states had arms-rights provisions in their state constitutions for their people prior to adoption of the U.S. Constitution and Bill of Rights: Virginia, Delaware, Pennsylvania, Maryland, North Carolina, Vermont, Massachusettes, New Hampshire, New York and Rhode Island.

Whereas: “The constitutions of most of our states (and of the United States) assert that all power is inherent in the people; that they may exercise it by themselves; that it is their right and duty to be at all times armed; that they are entitled to freedom of person, freedom of religion, freedom of property and of the press.” – Thomas Jefferson

Whereas: “The constitution shall never be construed…to prevent the people of the United States who are peaceable citizens from keeping their own arms.” – Samuel Adams

Whereas: “The best we can hope for concerning the people at large is that they be properly armed.” – Alexander Hamilton

Whereas: “The great object is that every man be armed. Everyone who is able may have a gun.” – Patrick Henry

Whereas: “The right of the people to keep and bear arms shall not be infringed. A well regulated militia, composed of the body of the people, trained to arms, is the best and most natural defense of a free country…” – James Madison

Whereas: “On every question of construction (of the Constitution) let us carry ourselves back to the time when the Constitution was adopted, recollect the spirit manifested in the debates, and instead of trying what meaning may be squeezed out of the text, or invented against it, conform to the probable one in which it was passed.” – Thomas Jefferson

Whereas: “To consider the judges as the ultimate arbiters of all constitutional questions is a very dangerous doctrine indeed, and one which would place us under the despotism of an oligarchy.” – Thomas Jefferson

Therefore be it resolved: That the Oregon State Grange supports the U.S. Constitution and Bill of Rights. In view of the historical facts, our forefathers stated the right of the people to keep and bear arms shall not be infringed. Two judges of the 9th Circuit Court have put themselves above the U.S. Constitution, which is the supreme law of the land for which they took an oath to support. We therefore ask the United States Congress to start impeachment proceedings on these judges per Article II Section 4 of the U.S. Constitution for the violation of Article III, Section 1, for bad behavior, and Article VI, Sections 2 and 3, for violation of their oath of office per their court ruling to overthrow the people’s 2nd Amendment right to keep and bear arms. This court ruling is a usurpation of the sovereignty of the people, and if not stopped, could bring about judicial dictatorship.

This document was signed by William D. Waggoner, Master and Delaine Sherman, Secretary.