Medford, OR – 70 year-old John Aaron Andrews of Medford was arrested on May 21, 2009 by the Medford Police Department. Andrews was charged with two counts of Sodomy 1, Rape 1 and three counts of Sex abuse 1.

According to the Probable Cause Affidavit filed by the Medford Police Department, “11 year-old disclosed to Las Vegas P.D. and then to Medford P.D., that while spending the summer with her grandparents in Medford in the summer of 2006, her step-grandfather, John Andrews sexually abused her. The young girl discussed that John put his p_ _ _ _ in her mouth and white stuff came out one time. She said John tried to force his p_ _ _ _ into her v_ _ _ _ _ but after she cried and told him it hurt, he told her, it wouldn’t fit. Victim also said John put his mouth on her pee-pee multiple times while his hands spread her legs. A pre-text call was made. John said he was sorry, but he couldn’t remember doing those things. Upon contact, John requested an attorney.”

Obviously, to save embarrassment to the child involved, John Andrews was afforded a plea bargain by the Jackson County District Attorney’s Office. John Andrews was represented by defense attorney Jeni Feinberg as he pled guilty to Attempted Unlawful Sexual Penetration in the 1st Degree. Andrews was sentenced on January 14, 2011, to 16 months in prison and 10 years of post-prison supervision by Circuit Court Judge Lorenzo Mejia. 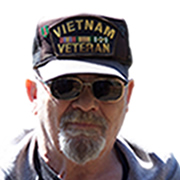 Steve Andrews was vindicated, with the help of the US~Observer, of the false charges against him. The man who set him up, his own brother, has now been convicted of sexually molesting children.

Back in 2002, The US~Oregon Observer, now the US~Observer reported that John Andrews set-up his brother Steve on false sex abuse charges. The US~Observer proved Steve’s innocence and he was subsequently acquitted.

During the course of the US~Observer’s investigation we discovered that John Andrews had raped his own daughter when she was a young girl and we made our findings public. John’s ex-wife stated, “I came into the room and found him on top of our daughter.” We received calls and petty threats from friends of John Andrews at the time – some from members of the Church he attended, where he held the office of Deacon.

Many citizens would be irate at the short prison term that John Aaron Andrews received, yet the real sentence is that Andrews is now required to register as a sex-offender for life. This basically means that his life is over, and in many cases a criminal who sexually molests and rapes children has a very tough time of it in prison. In fact, many Pedophiles have been attacked and even murdered while in prison for their crimes against innocent children.

US~Observer Editor’s Note: The names of the young victims in this article have been withheld in an effort to protect them from further trauma.

The US~Observer has watched John Andrews for the past 9 years. We watched the injustice as Jackson County Circuit Court Judge Daniel Harris assisted John Andrews in taking his Mother’s estate from his two brothers Darrell and Steve. We also witnessed the fact that Andrews avoided being prosecuted for raping his own daughter. At this time we are concerned that there is a high probability that there are other young victims of John Andrews who have been too afraid to come forward – this is far too often the case concerning the victims of predatory sexual perverts who tragically violate them.

The US~Observer’s main business is vindicating the victims of false prosecutions. However, while we take on false and manufactured sex abuse charges, which are literally rampant today, we are also acutely aware that there are many valid charges of sex abuse and that we must strive to be just as adamant regarding justice in the cases that are valid as we are in the cases that are unwarranted and unjust.

A VOICE FROM THE GRAVE

The following letter was written by Darrell Andrews to his brother John.

As stated above, John, with the help of a third-party, had set-up his brother Steve on false sex abuse charges back in 2001-2002. Darrell died before he could deliver this letter to his brother…

Where were you John?

1. When your brother Stephen was forcibly and without warning, removed, by the Oregon State Police, from his duties as caregiver for our alzheimered mother leaving her abandoned, helpless, and in danger for over two hours, all by the order of a tainted Josephine County Grand Jury?

2. Where were you John when Stephen had to pay a heavy bail for his freedom just so that he could work on his defense against the charges that were, in the end, proven false and proving that the (in)justice system had not properly investigated his case. Can you, John, explain to us why the Jackson County Justice Department (with whom you are closely associated) prosecuted Stephen’s case in Josephine County? Why did you involve yourself in the false allegations by Nancy Huntley, a friend of yours? This case cost Stephen a huge sum of money for Attorney and Investigation fees and has reduced him to poverty for the rest of his life. Why didn’t you come forth and help me save our innocent brother from the “Wolf Pack” attack by Jackson and Josephine Counties? I think I can understand why now. In retrospect I can see that you have a hatred for Stephen that is totally unreasonable and unfair. How could anyone hate their own brother so much as to attempt, to have that brother unjustly imprisoned on false charges? We now know that you manipulated some of your “friends” in the Jackson County Sheriff’s Department to see that our brother was treated in such an inhumane and unjust manner. Remember John, eternity is a long, long time! 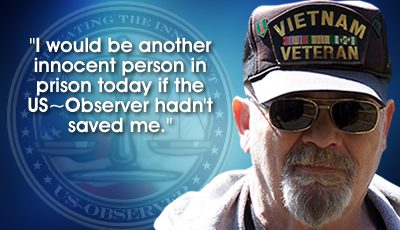