“I would be another innocent person in prison today if the US~Observer hadn’t saved me.” 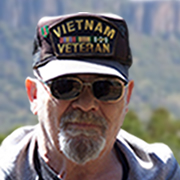 In 2002, then US~Oregon Observer reported on the false sex abuse charges Steve Andrews faced. Steve’s brother John, along with the help of another, had set Steve up. It could only be described as a case of absolute transference.

Through an in depth investigation, the US~Observer unequivocally proved Steve’s innocence. The US~Observer was able to bring forth witnesses that were pivotal during trial, and Steve was acquitted.

However, this wasn’t the end of the story.

The Brother Did It

From the article “JOHN Andrews is a Pedophile – US~Observer Aids in Case“:

During the course of the US~Observer’s investigation [into the false sex abuse charges against Steve Andrews] we discovered that John Andrews had raped his own daughter when she was a young girl, and we made our findings public. John’s ex-wife stated, “I came into the room and found him on top of our daughter.”

We received calls and petty threats from friends of John Andrews at the time – some from members of the Church he attended, where he held the office of Deacon.

In what would prove to be a bittersweet revenge, Steve’s brother John was finally convicted of sexually molesting children. He was sentenced in 2011 to 16 months in prison and 10 years of post-prison supervision. In our opinion, far too little time for a person like him.

One thing is certain, if you are facing false sex abuse charges, don’t rely on an attorney alone. Contact the US~Observer – 541-474-7885. Our investigations yield results, as cases like Steve Andrews’ exemplify.

The US~Observer’s main business is vindicating victims of false prosecutions. However, we are as adamant regarding justice in sex abuse cases that are valid, as we are in the cases that are unwarranted and unjust.