“My jury acquitted me in 13 minutes. I even won a settlement. I can’t thank you enough, US~Observer!”

Imagine being on your motorcycle, enjoying a ride with two of your friends. They are each on their own bikes, too. Along comes an aggressive and dangerous driver in a car. He drives right up behind you, mere inches away from your rear tire. Unknown to you, because he was travelling a distance behind you, the car had already forced one of your friends to drive off the road, before continuing on. With this driver trying to bully you off the road you speed up and head to your destination, which you are nearing. You and your other friend ease off the road and come to a stop across the street from the restaurant where you were going.

The car stops in the middle of the road, filled with 3 young adults. The driver has his window rolled down hurling insults. You approach. Wagging your finger in his face you tell him how reckless he was being. Suddenly you realize your arm has been caught by the window as the driver rolled it up. He speeds away, dragging you for dozens of feet until you fall free.

Now imagine, that because you are a “biker” this assault will be flipped onto you.

This is the story of Stan Strange… 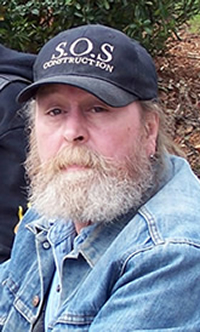 Faced with false assault charges, Stan Strange contacted the US~Observer. He was found not guilty of his charges.

Stan Strange and two other “bikers” were charged with serious offenses that were in direct contradiction to what several witnesses claimed. However, the other party was made up of three privileged, college-age kids who were attending an Oregon School from out of state. The Josephine County, Oregon, District Attorney, at the time, put his full faith in what a few kids said happened and disregarded the multiple accounts that painted the bikers as the real victims.

Without having talked to witnesses other than those directly involved, the police referred the case to the District Attorney (DA). At the time, there was a big push to keep certain motorcycle clubs out of the region, and the political reasons to vilify these men were obvious.
Had Stan Strange and the other two men been on their own, the main stream media would have been left unchallenged in representing these factually innocent men as guilty to a public that was ready to “buy” the narrative. However, the US~Observer was involved and we were able to present the facts of the case as they unfolded.

The State Police and the Sheriff’s Department never completed competent investigations. When the US~Observer completed it’s own, we presented our findings to the DA. Unfortunately, he didn’t listen to the facts and pursued the false assault charges against Stan Strange along with reckless driving against the other motorcyclists.

The Trial and Outcome

During the lengthy trial, all of the US~Observer evidence was presented, and the defense strategies were followed.

From the article “NOT GUILTY! Bikers Innocent – DA Campbell Exposed“:

Shortly after 5:00 p.m. on Friday May 5, 2008, the life altering, 1 ½-year-long attempted false prosecution of Stanley Strange, Glen Seybold and Louis Pombo ended when a Josephine County, Oregon jury deliberated for a reported 13 minutes and returned Not Guilty verdicts on all false charges filed against the three by Josephine County District Attorney Stephen Campbell…

If you are faced with false assault charges, don’t think that the truth alone will save you. Justice doesn’t just happen, it has to be forced. If you are being charged, the system is rigged to make you guilty, even if you are not. Call the US~Observer for help – 541-474-7885. 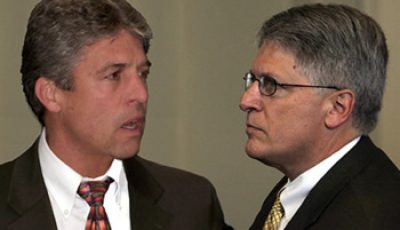 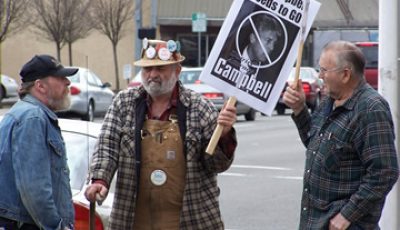 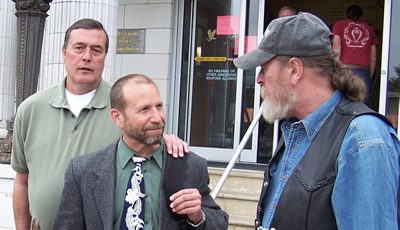 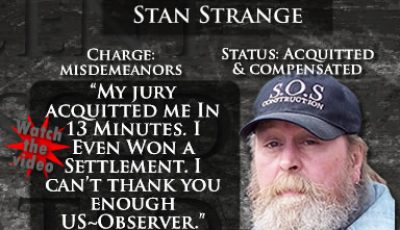 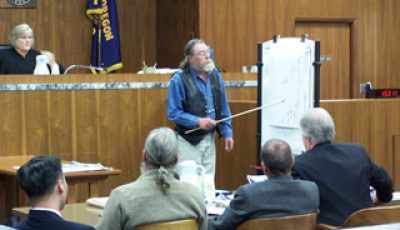