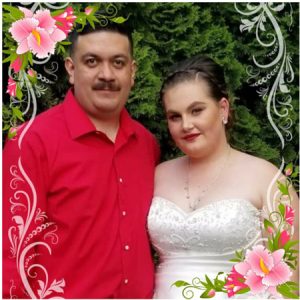 Yamhill County, OR – In 2008 and early 2009, then 13-year-old Amanda Thomas, aka Amanda Adair of Yamhill County, Oregon began accusing her Step Dad Michael “Mike” Brown of molesting her – accusations that have subsequently been alleged to have been false sex abuse claims.

In 2015, a person associated with the Brown case contacted the US~Observer and we agreed to investigate. According to one witness, “Mike wasn’t even with Amanda when some of her accusations were made.”

Brown was arrested and jailed on June 26, 2009 and according to witnesses, “he spent well over a year behind bars, while his attorney Eric Hanson brow beat him into accepting a plea bargain.” Threatened with spending 25-45 years in prison if he didn’t accept the plea, Brown finally gave in, even though he remained steadfast that he was innocent.

Subsequent to his accepting the plea, Brown contacted Judge Ronald Stone asking to withdraw his plea, as his attorney had used excessive force to gain his agreement. Stone refused to allow Brown to withdraw the plea and sentenced him to 90 months in prison minus time served.

Michael Brown was released from prison on December 23, 2016 and is ordered to serve ten years of supervised parole less time served.

Our investigation has revealed that Mr. Brown requested a polygraph examination numerous times to show that he was being honest about not molesting Amanda, however the legal system in Yamhill County refused his request. 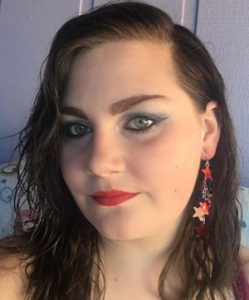 Prior to Brown accepting the plea, the alleged victim, Amanda Thomas, was reportedly on probation for five years for using her grandmother’s cell phone without permission. Amanda’s grandmother Suzanne Thomas, as well as Detective Baltzell and probation officer Charles Terry, reportedly all had a history of threatening Amanda with the clause in her probation that stated, “You will obey all directions by your guardian or law enforcement. Failure to comply with directions will result in revocation of probation.” As a result of violating, she reportedly spent several weekends in a juvenile detention home.

According to witnesses, Amanda had a history of “falsely accusing” Suzanne of physical abuse. Amanda also “had accused three previous, fellow students and school faculty members of rape (2007/2008).” One witness states that authorities confiscated over 600 pages of e-mails of Amanda’s communications with strangers, involving sexual overtones.

According to Brown’s family, he has found that life is hell for anyone who is forced to register as a sex offender. Brown is finding it very difficult to obtain a job and he is not allowed to be around any person under the age of 18.

The US~Observer has questioned Brown’s family members and each and everyone we have spoken to strongly claim that Mike would never do what he was accused of doing to Amanda Thomas. His daughter and sister both claim it was impossible for Mike to have committed any crime, much less sex abuse.

We are reaching out to anyone who has had contact with Amanda Thomas. Has she made statements to you regarding Michael Brown? People who make false accusations almost always admit what they have done to someone close to them. Has Amanda Thomas made false allegations? Are you that someone?

It is an extreme tragedy for someone who is innocent to be forced to live his life as a criminal, as a sex-offender. The social stigma of being marked as a sex offender, especially if you are innocent is as bad as it gets – it is pure misery!

Update: The US~Observer has just been informed that Amanda Thomas, aka Amanda Adair, has recently been married, thus changing her name. Her new name is Amanda Raya Juarez Pina.

Update: US~Observer’s Investigative Reporter Edward Snook questioned Cody Adair, Amanda’s ex-husband who she has two children with. Mr. Adair informed Snook he has been in a custody dispute with Amanda for quite sometime. Adair stated, “Amanda has filed 162 false abuse allegations against me with CPS (Child Protective Services) since I was awarded custody of my children.” Adair continued, “On one occasion, Amanda used my cell phone to send damning text messages to her phone, trying to frame me. When her grandmother confronted me, I informed her that it would be pretty hard for me to send text messages to Amanda, when she was in possession of my phone. Fortunately, Amanda still had my phone in her pocket and she was caught red-handed lying about me.”

If Adair’s accusations against Amanda are true, one has to wonder if Amanda could have used the same techniques in Mike Brown’s case? The substantial evidence in Brown’s case was email based – where he supposedly sent her inappropriate messages. Brown denies ever sending Amanda those emails.

Snook ended his interview with Cody Adair after Adair claimed Amanda had falsely accused 13 other individuals of sex abuse.

In a subsequent phone interview with Amanda, she denied all of Cody Adair’s accusations. Furthermore, she held fast to her claim that Mike Brown had sexually abused her.

Editor’s Note: Please contact us at 541-474-7885 or email editor@usobserver.com if you have any information about Amanda Thomas, her grandmother Suzanne Thomas, her ex-husband Cody Adair, Michael Brown, Michael Brown’s Attorney Eric Hanson, or others involved with this case.

While #MeToo brings to light some bonafide cases of abuse, there are more false sex abuse claims than people would like to admit. It is the false claim that will inevitably destroy the #MeToo movement.