False sex abuse claims became criminal charges, which became a false prosecution that spanned two trials that each ended in mistrials. With the involvement of the US~Observer, Timothy Tignor won’t be facing his third trial or any others.

“You stood against those who wanted to wrongfully destroy my life and you stopped them. Thank you so much Edward Snook and the US~Observer!”
– Tim Tignor 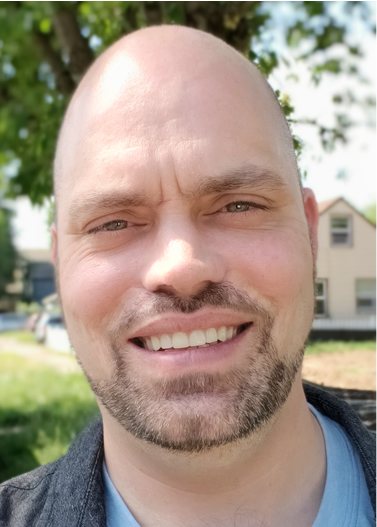 Clackamas County, OR – No one can truly grasp the trauma of possibly having the rest of your life ruined by the stigma of being falsely charged with a heinous crime like sex abuse unless they experience it first-hand. Being innocent, like Tim Tignor, greatly enhances the pressure and most of all the emotions (stress) that overwhelm an innocent person who faces the possibility of a ruined life.

On May 17, 2018, Timothy Tignor received a Motion to Dismiss from his Attorney Per Olson. Clackamas County Circuit Court Judge Kathie Steele signed the Order dismissing the Sexual Abuse in The First-Degree case against Tignor on the same day.

We want to publicly recognize Clackamas County District Attorney John Foote for doing the right thing by serving justice in this case, however, the following information needs to be made public. Why? In case meth-user Dianna Bennett should make false allegations against an innocent person in the future, that person needs to have access to her horrendous history. And, when Deputy District Attorney Sarah Dumont attempts to falsely prosecute an innocent person again, that person needs to know her corrupt history.

Meth-Psycho Punches Deputy in the Head! 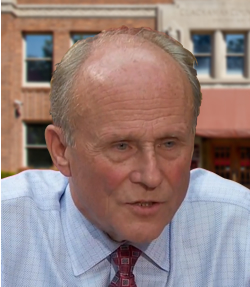 After suffering through two mistrials based on false sex abuse claims, coupled with over twenty-four (24) grueling and long months of being accused of a crime he absolutely didn’t commit, Executive Chef Timothy Tignor is finally receiving justice, legally and publicly.

Tignor was charged with 1st Degree Sex Abuse in March of 2016, and what we have discovered throughout the course of our investigation is shocking to say the least.

Tignor’s accuser, 48-year-old Dianna Bennett has a history of accusing men of crimes during “Meth-induced psychosis” and/or episodes of drinking alcohol. Clackamas County successfully prosecuted two men in 2017, due to allegations made against them by Bennett. We find that both incidents occurred when Bennett was using methamphetamine and drinking excessively. 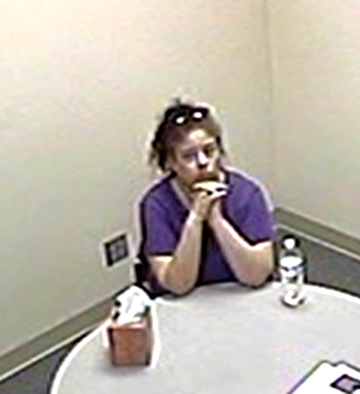 Our investigators have found allegations and confessions of Bennett’s severe alcohol and drug use dating back over a decade. Let’s list just a few of the examples: A 2009, Clackamas County Sheriff’s Report states, “Mr. Bennett (Dianna Bennett’s ex-husband) told me [his daughter’s] Mother is an alcoholic and has a history of using drugs.” Another 2009, Cad Report states, “Domestic Disturbance between Ms. Bennett and her 20-year-old daughter.” And yet another 2009, Report states, “Suicide attempt where Ms. Bennett had been drinking and had taken 20 Xanax.”

Tignor would have been Bennett’s 3rd victim if it weren’t for two mistrials, caused by Assistant District Attorney Sarah Dumont’s incompetence.

The information above about Bennett pales in comparison to Bennett’s Disorderly/Harassment arrest on August 15, 2017, which was the eighth of nine Domestic Violence, Police calls since her false claims against Mr. Tignor in March of 2016. One of those claims was against her then boyfriend, while Timothy was wrongfully incarcerated in the Clackamas County Jail because of Bennett’s false allegations against him. Subsequently, Bennett admitted to the officer she lied and made the claim up against her boyfriend because, “I was mad at him.” In each instance, Bennett’s alcohol abuse and meth-use were alleged and or admitted to.

Clackamas County Deputy Sheriff Tyler Alexander writes in his report that he and Deputy Nate Ariel were called to Bennett’s apartment where a reported “verbal and physical fight” was taking place. Alexander states, “I heard Deputy Ariel say over the radio, Bennett had removed the screen from the back window and was screaming for help.”

Deputy Alexander continues, “He (Deputy Ariel) knocked and announced Sheriff’s Office. I heard a female voice respond, F_ _ _ you, you aren’t coming in here. Deputy Ariel stated she needed to open the door or we would kick it in. Bennett opened the door wearing only a t-shirt which was inside out and backwards. Deputy Ariel asked her where Jarvis (her boyfriend) was and she responded by saying, F_ _ _ you… She immediately spun around and punched Deputy Ariel from behind in the right side of his head near his ear. She punched him with a right closed fist.”

Later in Alexander’s report he makes the following statements, “I asked her if she understood her rights and she said, You killed my sister, I know… Based on my training and experience she appeared to be under the influence of methamphetamine… On the way to the jail she told me she had used meth the night before… She was placed in a solitary cell and immediately stripped off her clothes and started screaming.”

It is hard to understand how a person who obviously drinks in excess, uses meth to the point where she goes into a psychosis, accuses a Sheriff’s Deputy of “killing her sister,” and falsely accuses a citizen of sex abuse when an eye witness states it didn’t happen, can be running around in public – that is, until one realizes that she is being protected by a corrupt prosecutor by the name of Sarah Dumont.

The police reports regarding Bennett’s Disorderly Conduct and her Felony Assault on a Police Officer were sent to the Clackamas County District Attorney’s Office.

Deputy District Attorney Kara A. Brooks sent a letter to the Clackamas County Sheriff’s Office on September 15, 2017, stating ridiculous and disingenuous reasons for not prosecuting Bennett.

We have concluded that Tignor’s prosecutor Sarah Dumont was responsible for sweeping Bennett’s Assault on a Clackamas County Sheriff’s Deputy under the proverbial carpet. Dumont has shown she was hell-bent on not losing the Tignor case and Bennett was her star witness.

According to Dumont, other than the letter from Kara Brooks, the DA’s Office didn’t even create a file on this incident. Bennett was released from jail shortly after – no arraignment, no charges! This insanity is the very reason there is always a great need to take cases into the court of public opinion, when an innocent person’s freedom is at stake.

If prosecutors like Sarah Dumont had their way, the almost unbelievable statements made by Deputy Alexander in his police report would never reach the ears of jurors; the jury would be deceived, and Dumont would simply continue her long record of convictions.

Had Tignor not found the US~Observer he would still be facing his third trial.

While processing the Tignor false Sex Abuse case, Milwaukie, Oregon Police Detective Crystal Hill interviewed Dianna Bennett. In the interview Bennett appears to either be on meth or she has a meth hangover.

Another very telling piece of evidence is the original Bennett call to 911 – which may be listened to online at usobserver.com. On the recording you can clearly hear Mr. Tignor ask, “What are you doing? Why are you doing this?” Most people would have said the same thing if some delusional meth-head started yelling at them on the street for no reason.

Considering all the damning evidence in this case against Dianna Bennett, it is evident that Timothy Tignor encountered the same Bennett that Clackamas County Sheriff’s Deputies encountered throughout 2017, and before, on the day he was falsely accused by her, then falsely arrested and then falsely prosecuted on two separate occasions by Clackamas County DDA Sarah Dumont.

On April 11, 2018, corrupt prosecutor Sarah Dumont, knowing full well that Timothy Tignor was innocent, made the following plea offer to him. She made this offer in an attempt to continue her conviction record, escape liability and for the fact that she doesn’t possess a conscience:

“1. Plea to a sexual harassment, 60 days jail with credit for time served, 24 months formal probation, substance abuse and evaluation and treatment per PO, no contact with the victim, fines and fees and restitution. Mr. Tignor does not have to register as a sex offender and the crime could be expunged in the future. Sincerely, Sarah Dumont”

Timothy Tignor refused Dumont’s attempted extortion by declining her offer. Most people would have buckled under the pressure of facing a third trial and the possibility of becoming a registered sex offender for life. Innocent people accept extorted “plea-bargains” every day, from extortionists just like Dumont…

The US~Observer greatly commends Tim for standing up to Dumont’s evil. We also commend Clackamas County District Attorney John Foote for stepping in and putting a stop to Sarah Dumont’s attempts at destroying Mr. Tignor. 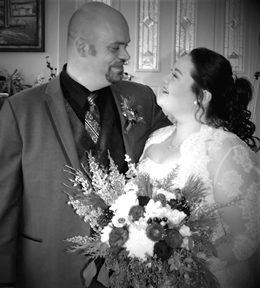 “I would like to thank Jesus! His mercy, glory, and truth shined through the injustice that was being perpetuated against me in Clackamas County. Thank you, Edward Snook and the US~Observer for helping the people access the truth. To my wife Kasi, who married me in the middle of this vicious case, I love you and thank you for your courage and strength. No man could ask for a more loving and supportive wife. You are my blessing! Thank you to my Mom and brother for your love and standing by me. Our long talks helped me keep my sanity. To all my friends, thank you and love you for all your support. Lastly, to Sandi and Steve Warren, my mother and father in-law, Thank You from the bottom of my heart. Your unwavering support both emotionally and financially proves to the world what family can and should do for their loved ones. I will spend the rest of my life protecting and loving your daughter, right next to her every step of the way, instead of in a prison cell. I will do what I can to repay your kindness and do whatever is needed of me. May Jesus bless you all!” –Timothy Tignor

Editor’s Note: This false sex abuse prosecution cost Timothy Tignor and his family over $200,000.00 and it cost Oregon taxpayers just as much. All taxpaying citizens were damaged by having to pay for this attempted false prosecution that Deputy District Attorney Sarah Dumont is solely responsible for.

Anyone with information on any of the participants in this case are urged to contact Edward Snook at 541-474-7885 or by email at editor@usobserver.com.