Clackamas County, OR – On November 20, 2017 Jack Dunn and his wife Rose Henley were arrested by Clackamas County, Sheriff’s Deputies and charged with several counts of Theft and Criminal Mistreatment.

The US~Observer’s investigation into this case revealed that the Clackamas County Sheriff’s Office (CCSO) charges were brought even though no adequate investigation was made prior to arrest.

According to sources, CCSO’s actions were prompted by special interest individuals. These individuals focused on profiting from the very estate that Dunn and Henley have been accused of stealing from.

In early 2014, 69-year-old Wayne Faulk routinely walked from his 40-acre farm, located on South Potter Road just outside of Oregon City, to the Redland Store. According to neighbors and friends of Faulk, Wayne was a neighborhood favorite who was able to live on his Farm and enjoy his life because of a family trust that was set up to support him by his parents.

One witness states, “Wayne was pretty much satisfied with his life, however he believed his siblings had animosity towards him, because he stood in the way of them cashing in on their parent’s estate.” This witness added, “Wayne was specifically afraid of his now deceased brother Lynn’s wife, Linda Faulk, who was trying to get Wayne put in a retirement home and off the Farm, so it could be sold.” 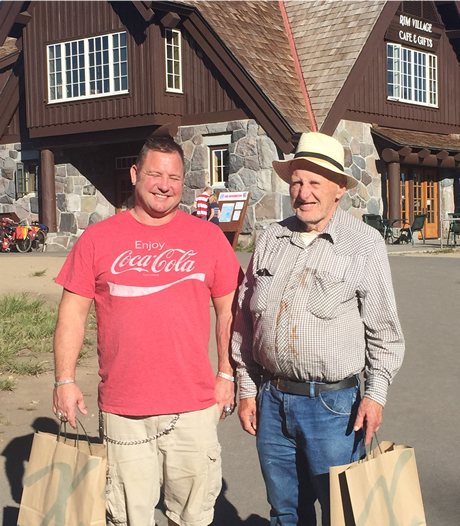 Another witness informed us, “Linda was intent on forcing a Guardianship on Wayne, with an end-goal of selling the Farm in order to cover-up her and her husband’s massive theft of trust funds while they acted as trustees – there is more than a half-million-dollars unaccounted for.”

Wayne needed help, so he turned to his closest neighbors and friends Jack Dunn and Rose Henley. Reportedly, the Dunn family had been hired by Lynn Faulk to help care for and support Wayne after his parent’s passing in 2000.

After convincing Dunn and Henley that Linda Faulk was “abusing him, stealing from his trust and not providing him with sufficient funds to enjoy his life,” Dunn and Henley contacted Adult Protective Services (APS) in Oregon City. They reported Wayne’s concerns to APS and “investigator” J.R. Oleyar was appointed to investigate. 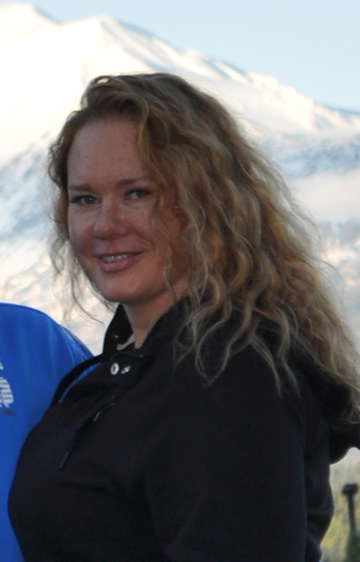 According to US~Observer sources, “APS did absolutely nothing regarding the criminal complaint against Linda, but they made matters much worse for Wayne. Linda Faulk, who was fully apprised of Wayne’s accusations by Oleyar, allegedly began harassing Wayne and his friends. She enlisted his siblings Van Faulk, Lee Faulk and Janis Faulk Abney to pressure Wayne against making trouble for her. In retaliation, Linda Faulk sold Wayne’s 16 pet cows out of spite.”

APS and law enforcement eventually began attacking Dunn, Henley and other neighbors, after Henley filed papers with the court accusing Linda of stealing from Wayne and his estate. Those being attacked had already discovered that Oleyar had met with Linda Faulk and her attorney and that Oleyar had conveniently left his “confidential” case file with them, therefore “alerting them to the names of those who were complaining about Linda Faulk.”

Dunn, Henley and Sandy Ortega, another friend of Wayne’s, subsequently hired Attorney Benjamin Ybarra of Oregon City to represent Wayne against the sudden onslaught by his “family.”

After investigating Wayne’s complaints, Ybarra voiced these concerns in a letter written to Linda Faulk’s attorney, Sylvia Sycamore of Eugene, Oregon on June 11, 2015. Ybarra wrote, “Ms. Faulk has failed to provide Mr. Faulk with trustee report at any time throughout the administration of the trust… Since becoming aware of Mr. Faulk’s legal representation, several family members have visited the Farm for the sole purpose of harassing Mr. Faulk and provoking hostile responses from him. Video and photo cameras were brought along to record Mr. Faulk’s reaction to these provocations and document Mr. Faulk’s living conditions for later use against him. Mr. Faulk has been intimidated and warned that if he does not ‘drop’ his legal claims against Ms. Faulk, he will be put in a rest home.”

Ybarra continues, “Ms. Faulk was at some point designated as Mr. Faulk’s social security payee. Mr. Faulk has no recollection of ever permitting this designation. The result has left Mr. Faulk impoverished. During our phone call, you indicated that your office was not aware of any specific disability Mr. Faulk suffers from or any guardianship instituted for his benefit. If this is the case, there is simply no legal basis for Ms. Faulk to be given control over Mr. Faulk’s income, and especially against his will… Mr. Faulk should be enjoying the use of his monthly benefits… Instead, Mr. Faulk is given between $15.00 to $25.00 each week to spend on all his necessaries. This is unacceptable. Mr. Faulk demands that Ms. Faulk be removed as his social security payee and allow Mr. Faulk to control his own finances…”

Ybarra goes on to inform Sycamore that Wayne Faulk believes that Linda Faulk has possession of all his legal documents such as his social security card, birth certificate, etc. and that he wants them returned.

At this point Wayne started insisting that Linda Faulk should be “prosecuted for stealing his income.” One witness states, “After reviewing Linda’s accounting, prepared by Sylvia Sycamore and Sybille Baer of Cartwright, Baer, Johansson, it was revealed that Wayne’s benefits (SSA and SAIF) were attained illegally by Linda. His money was being stolen and the trust was nearly broke because Lynn and Linda had used it as their piggy bank.”

A police report was filed regarding Linda’ s alleged theft (CCSO – Report #16-25621), wherein it was also disclosed that Linda had written numerous checks to cash, ranging from $800 to $2000 each. The 17 checks were provided to the CCSO on September 20, 2016. It is reported that Wayne’s trust paid for Linda’s truck, several ATV’s, insurance, maintenance and thousands of dollars for fuel.

According to sources, “Wayne’s friends Jack and Rose assisted him with managing his bills, etc. They obtained ‘power of attorney’ and helped Wayne reclaim his monthly benefits from Linda. Wayne began living much better than he had for years, even going on his first vacation ever.”

Suddenly, Wayne found himself facing the appointment of a court appointed “Guardian”. Our sources inform us that Linda Faulk initiated this bogus action with the assistance of attorney’s and public employees, who, “she manipulated into believing her, in a desperate attempt to avoid prosecution.”

Accusations began whirling towards Jack Dunn and Rose Henley. The two soon found that they were under attack from APS, via their investigator J.R. Oleyar and the CCSO. The fact that neither Oleyar nor the CCSO investigated the original complaint regarding Linda Faulk, but instead, went straight for Dunn and Henley’s jugular veins speaks volumes about this obvious corruption. It also shows that the individuals behind the scenes are without question pulling their puppet’s strings!

On February 2, 2017, numerous armed officers with the CCSO suddenly appeared at the Dunn/Henley residence where they conducted a reported four-hour search, seizing boxes of records and other items, some of which were not related to the search warrant. Now, Dunn and Henley are attempting to defend themselves with incomplete records. According to Rose Henley, “Thankfully I made duplicates of many receipts, but not everything.”

Wayne was placed in the highly questionable care of Ann Yela of Yela Fiduciary Services (formerly Farley Piazza), when she was appointed Limited Guardian/Conservator.

The happy family Farm that Wayne called home was reportedly logged ($118,000) and allegedly, literally tens of thousands of dollars in trust assets began flowing to Ann Yela (claiming $1,700.00 of his $1,900.00 per month for her fees), her attorney Nathan Rudolph, Linda’s attorneys, Sylvia Sycamore and Sybille Baer and Wayne’s court appointed attorney Eric Kearney.

Yela “secretly” placed Wayne in the Deerfield Nursing Home for seven months prior to logging his property, to allegedly keep him from his advocates. Wayne stated that being forced to live at the Nursing Home was just like being sent to prison. And, the so-called justice system in Clackamas County, Oregon calls this Elder Protection!

Wayne was eventually allowed to return home, however, Ann Yela reportedly prevented him from taking his daily trips to the Redland Market to visit the local community. According to sources, this literally devastated Wayne.

“Neighbor Annette Steiner was arrested on January 29, 2018, at Yela’s request, for taking Wayne food shopping.” Other neighbors have reported that they are afraid to go to Wayne’s home in fear of arrest.

We are informed that Steiner cannot get a copy of the police report to challenge the actions taken against her because formal charges haven’t been filed. Other friends and neighbors were also threatened with arrest if they set foot on Wayne’s Farm. Wayne’s favorite caregiver Chareese Borland was reportedly fired for sticking up for Wayne.

Why are the powers that be taking this strong-arm approach? Wayne did not ask for any of this to happen, he simply wanted Linda Faulk prosecuted for “stealing from him and the Faulk trust.”

His two best friends Jack Dunn and Rose Henley are now nearly broke and face criminal prosecution for getting involved and assisting their neighbor and exposing the alleged theft by Linda Faulk.

How in the world has Wayne Faulk benefited from having a guardian “forced on him by his sister-in-law?” The answer is; He hasn’t!

Since his Court Appointed Guardian Ann Yela took over, Wayne has lost his freedom, as he can no longer walk to the store to visit the community. According to one witness, “Wayne no longer gets his mail, and his privacy is gone, as his every move is now caught on camera’s that were installed by Yela.”

According to witnesses, “Wayne’s health has declined significantly under her care and Yela is now requesting nearly 90% of his monthly benefits to act as his Guardian. Trust assets are rapidly vanishing, and Wayne Faulk currently faces the potential loss of his family Farm – the only home he has ever known.”

Yela recently petitioned the court for an order allowing her to sell the family Farm, the last remaining asset of the trust.

To top it all off – the only thing the local paper can report about this utter tragedy, is what the CCSO provides them regarding the justice systems wild accusations against Rose Henley and Jack Dunn.

Friends of Wayne recently hired Attorney Steven Cade to expose this travesty – it is reported that Cade knows what is really going on and he intends to save Wayne Faulk and his Farm.

Editor’s Note: We have just been notified that Ann Yela has been replaced. It appears that Attorney Steven Cade is having a positive effect on this case. The US~Observer will be reporting more on this case as it proceeds.

Anyone with information on any of the participants are urged to contact the US~Observer at 541-474-7885 or send email to editor@usobserver.com.