Josephine County, OR – During the afternoon hours of May 24, 2018, a Josephine County Jury returned a verdict of NOT Guilty on all stacked charges brought against 20-year-old Bryan Tucker. The false charges originated with Kaite Rogers’ mother but were manufactured by Detective John Lohrfink and leveled against Tucker by Corrupt Josephine County District Attorney Ryan Mulkins.

The US~Observer agreed to investigate the Tucker case in October of 2017. What Investigative Reporter Joseph Snook uncovered was shocking. He found that young Bryan Tucker entered a relationship with a young female who literally deceived him about her age. He discovered Obstruction of Justice being committed by local law enforcement and then he discovered that Bryan Tucker couldn’t use any of this information during his trial because of a bad Oregon Law – specifically ORS 163.325 (1) which states: “In any prosecution under ORS 163.355 to 163.445 in which the criminality of conduct depends on a child being under the age of 16 it is no defense that the defendant did not know the child’s age or that the defendant reasonably believed the child to be older than the age of 16.”

After gathering conclusive evidence that Tucker had never committed any crime with intent, along with more evidence of deception by the State’s alleged victim, Kaite Rogers, Snook then contacted D.A. Ryan Mulkins to set up a meeting. Snook wanted to show this evidence to Mulkins. His intent was to help dismiss the wrongful charges against Tucker.  Sadly, Mulkins never responded to Snook. Instead, Mulkins wasted taxpayer dollars on a frivolous trial.

Not Guilty – Those Responsible for This Verdict

Bryan’s Dad, Shawn Tucker stood by his Son every step of the way and fought hard to assist Joseph Snook with his investigation, even at the risk of his own safety and freedom. Any young person would be very fortunate to have a person with the character and backbone of Shawn Tucker as their Father. Bryan’s Mother, Step-Mother and girlfriend, Cheyenne, also stood by Bryan and fought hard to prove his innocence, as did all of Bryan’s friends.

At the end of the day, Bryan Tucker’s future ended up in the lap of the US~Observer. The US~Observer investigated, published and the rest is history! In most cases the US~Observer vindicates the innocent regardless of what an attorney does or doesn’t do. In this case however, Attorney Greg Day of Grants Pass did an exceptional job of fighting for Bryan Tucker at trial with literally both hands tied behind his back. Day greatly enhanced the efforts of the US~Observer and we commend this exceptional Defense Attorney. We also hold the Jury in this case in High Esteem for not allowing the system to control their sense of right and wrong. This group of jurors should sleep very well at night for serving justice. 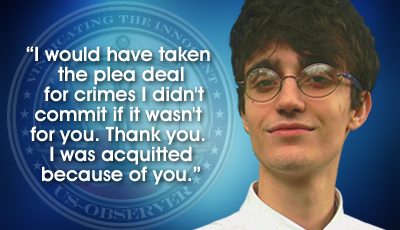 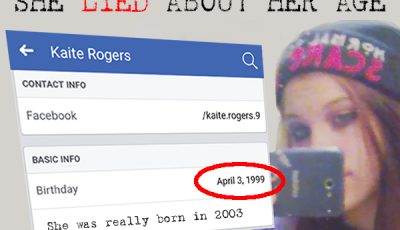