Help Louis Polinsky restore the right to go back home. Prosecutor Suzy Boylan has unjustly stripped him of his property rights. Call or write to Montana’s Attorney General (info. below) today! 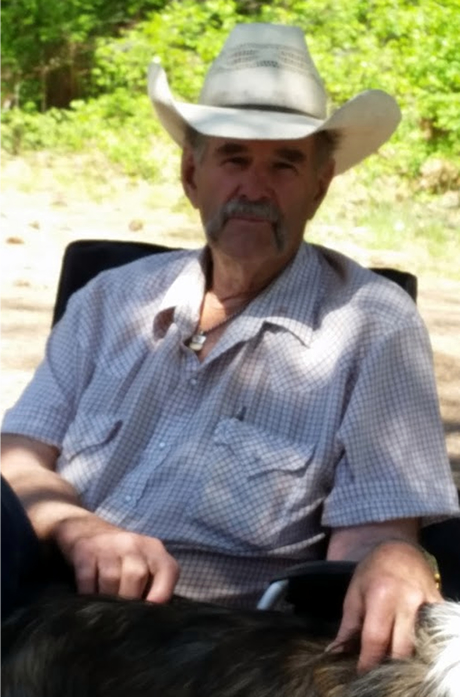 Missoula, MT – In the early fall of 1991, Louis Polinsky purchased and began building on 18 plus acres of land for his family in Montana. Louis gave part ownership to his brother Steve and others who agreed to help build. His goal was to construct cabins on the land for family retreats; a place to gather and build memories together. But his biological brother, Steve, didn’t see things quite the same. Steve began, “stealing and disrupting” the plan, according to sources.

The tension grew so large between Louis and Steve that the two filed mutual no contact orders. What was intended to bring the family together, did the exact opposite. According to Louis, both he and Steve’s own Mother, “lost a lot of respect for Steve” because of his “deceitful actions.” Louis’ Mother stated in an interview, “I don’t know what ever happened to Steve. I can’t understand why he would lie about his brother for no reason at all. Steve has always hated Louis, even when Louis protected him while they were growing up.”

After a good amount of time, the brothers attempted to set aside their differences. According to Louis, he thought they had both “dropped the no contact orders.” They could finally attempt to re-establish their relationship. But there was one big problem. Although each of the brother’s attorneys “agreed each order would be mutually dropped,” Steve reportedly changed his mind. After Louis dismissed his order against Steve, Steve “unfaithfully” left his no contact order intact against Louis, according to court records.

Louis eventually went to Steve’s house attempting to quash their dispute, without knowing there was still a no contact order in place. To Louis’ dismay, tensions arose and, “Steve attempted to stab Louis with a drill.” The police were contacted, and Louis was the only person arrested.

Louis carried a sidearm on his person at that time, which is common in Montana. That fact alone made the police report seemingly biased against Louis. Once the report reached Prosecutor Suzie Boylan’s office, the story of what happened grew like Pinocchio’s nose. Although Officer Matt Kazinsky stated the firearm was, “not used in the commission of a crime,” Louis was still arrested because he had possession of the firearm. This caused Prosecutor Suzy Boylan to, “twist facts into fiction.” What ensued led Louis to court facing a wrongful, felony criminal charge brought by an extremely vindictive, “lying prosecutor,” Susan “Suzy” Boylan. Louis firearm was eventually returned by the sheriff’s department. 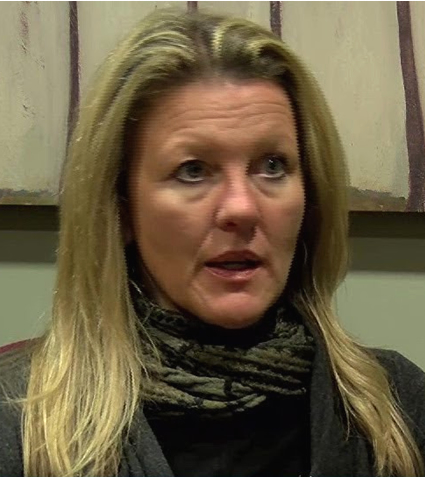 Suzy Boylan would eventually lie at a pretrial hearing about the events that took place on the day of Louis’ arrest. She claimed Officer Kazinsky made statements that were never made, which further incriminated Louis. The judge bought these lies because Louis’ attorney Lance Jasper, wouldn’t object to anything according to Louis. Louis stated, “there were so many damn lies that Suzy told that I can’t even remember them all. However, I do remember Suzy stating I, ‘held Steve and the Officer at gun point for over twenty minutes’ which was not true at all. She also said, ‘I went there to take Steve out’ (kill him) which was a huge lie. She then stated that I, ‘had previously been arrested twice’ which was another extreme lie. If I had done these things as stated, then why was my firearm returned? Why would my attorney tell me to be quiet in court and allow these untruths to remain?”

Facing several years in prison if convicted, Louis’ attorney Lance Jasper, “coerced him into accepting a plea deal to avoid prison.” Louis stated, “six months after taking my case, and after relieving me of thousands of dollars, my former attorney Lance Jasper stated, ‘I won’t go against these people (the prosecutor and judge), I have to live here after this is over.’” Louis was told if he didn’t plead guilty he would go to prison for a long time. He was reassured by Jasper that after 18 months of probation he would have his rights fully restored and his record would be completely wiped away. According to Louis, Jasper’s statements about his rights being restored were made in the presence of his friends, Clint Derr, Pete Laurenson, and his nephew Jess Polinsky. Upon being told his rights would be restored and he would not go to prison, Louis reluctantly accepted the plea deal.

Furthermore, Louis was promised that if Judge John Larson deviated from the plea deal at sentencing, then Louis would be able to change his plea. Sadly, Judge Larson did just that – he changed the plea at sentencing. He deviated from the deal Louis was promised. Then, when Louis requested to change his plea, “Judge Larson corruptly prevented Louis from doing so.”

Although there was no prison sentence, Louis, who had never been convicted of a crime in almost eighty-years, was now a felon. He lost many of his rights. His ability to travel to his primary residence was gone. He was ordered to be on probation for six years.

Claiming his innocence, Louis was completely devastated by the outcome of events. The promises that Louis’ attorney made that, “everything would be over after 18 months of probation” turned out to be not only a lie but Louis Polinsky’s worst nightmare. To top things off, Jasper sent Louie a bill after all this nonsense for, “7 or 8 thousand dollars.” Louis wrote him back and told him where to shove it and that was the last Louis ever heard from Jasper.

Steve’s wife and daughters also convinced the court to issue them restraining orders. Not only were they issued, the daughter’s orders were reportedly effective for life. How could this be? Louis had no clue the orders existed, let alone permanent. Louis stated, “I was never made aware of these orders, and was not able to ever defend myself from them in court.” Louis had never been arrested or convicted for causing any harm or threats against his in-laws, according to Louis. Louis again repeated, “I was never notified about any court hearings regarding a lifetime restraining order against me for my two nieces or Steve’s wife. How can they have a restraining order against me and I not have the ability to dispute it? How is that lawful? I was told by another Judge that those orders were illegal.”

While Louis was on probation, he was only allowed to travel to his property during certain times. Those times were limited to when his in-laws were not at or near the property. If Louis wanted to travel, he had to select dates in advance for pre-approval. Those dates were often, if not always objected to by Steve’s family. They usually stated they would be there on the dates chosen by Louis, but they most often were not there during those times. According to Louis’ probation officer and a neighbor, Steve’s family was simply keeping Louis away out of spite.

Then, in 2017, Louis’ brother Steve passed away. Louis’ probation officer stated, “According to the neighbors, they (Steve’s family) are very seldom there (a couple of times per year for a few days) and have still not allowed access to the property, even when a special request was made by Louis.” The probation officer continued, “I feel there was a grave injustice in the sentencing in this case. He (Louis) has been denied any use of his property between the months of June and November for six years, with no regard to whether the victims are using the property or not. They reside in Missoula (almost 70 miles away), have never lived in Maxville. The property has set mostly vacant, unkept, and Louis has put forth much worry and effort in how to remedy the situation. He is in his 80’s, has some land, but no cash to hire an attorney. He has sold property to pay for legal fees and I feel with zero result.” Shockingly, this was submitted to the court by Louis’ probation officer!

“Our worst sex offenders are not banished from their own property, nor do most of them wear GPS for the duration of their sentences.” — Louis’ probation officer.

The probation officer continued, “The only victims (as purported) listed are Steve and Mary Polinsky. Steve is deceased, Mary has never phoned this office, nor has she made a complaint. I know he (Louis) would like to utilize his property, he’s at a loss as to how to do this without getting in trouble with the County Attorney (Suzy Boylan) in Missoula. He (Louis) has been banished from his property for six years.”

As the probation officer stated, “Mr. Polinsky (Louis) was sentenced on 11/21/2011 for criminal endangerment, a felony and was sentenced to six years deferred imposition of sentence. This sentence expired on November 19, 2017. He also had two misdemeanor counts of violating a restraining order, first offense and the court sentenced him to one year, each count to run consecutive to each other and the felony in count 1. We do not supervise misdemeanors, so he is discharged from our supervision.”

Louis’ probation officer wrote, “Louis was required to be on GPS for the duration of his Probation, something we’ve never seen, at least I have not. Even for sexual or violent offenders. This was later modified. Attempts to get him discharged early were denied, even though he qualified through our policies. His two misdemeanor sentences were each one-year consecutive to each other and his Felony sentence. I believe the maximum should have been 6 months for two counts of first time Restraining order violations which is what he was charged with. Each time he petitioned the court, they imposed more stringent conditions on his visitation to his Maxville property.”

Louis should be allowed to travel freely to and from his property, without being accosted by Suzy Boylan, the courts, or police officers. Since his wrongful conviction, he’s been issued a citation for going to his property WITH permission. Fortunately, the citation was dropped and the State declined to prosecute him after his former probation officer wrote the court. Although he wasn’t prosecuted, he was advised to stay away for another year, again in violation of Montana law.

Editors Note: If you have any information regarding Suzy Boylan, or anyone named in this article, please contact the US~Observer at 541-474-7885. You may also wish to write the Montana State Bar (33 S Last Chance Gulch St Suite 1B, Helena, MT 59601) to complain about the travesty of justice against Louis Polinsky by Prosecutor Suzy Boylan. Additionally, you can also write to the Montana Attorney General (215 N Sanders St, Helena, MT 59601). Or, you can call the Montana Attorney General, Tim Fox, at (408) 444-2026.

If Judge John Larson is any kind of man at all, he will look into the abuse that Louis Polinsky has endured and he will make things right…