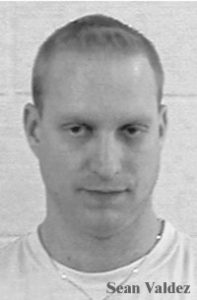 Sean Valdez, the Josephine County Sheriff’s Deputy who was recently arrested for the alleged assault of his teen-age fiancee, is currently on paid administrative leave for that March 25th incident. Valdez is no longer under the cloud of a grand jury investigation into the Feb. 20 shooting incident when he fired seven shots at Michael Murray, but he’s not out of hot water yet.

According to sources, who have stepped forward to the US~Observer on the condition of anonymity, Sean Valdez is far from the perfect hard-working deputy that Sheriff Dave Daniel wants to make him out to be. These sources allege that Valdez had been drinking excessively the night of the assault incident and that heavy drinking is not out of character for him, nor is seeking-out conflict. According to these sources he pushes people around and starts fights at local drinking establishments and then uses his badge to intimidate his combatants.

Also not out of his character is being with such a young partner. Our sources have come forward attesting that Valdez has often even gone after girls who are less than eighteen years old.

The US~Observer is convinced that Sheriff Dave Daniel attempted a cover-up of the Valdez assault and we are more than convinced that abusive, out of control people like Valdez have no business whatsoever carrying a loaded weapon, much less being employed as a police officer.

The Jackson County District Attorney’s Office has been assigned to prosecute the Valdez case. This highly questionable office has been known to “drop the ball” in the past causing the Observer to closely watch this case. The law states that when a domestic violence takes place in front of a child that it should be treated as a felony. Don’t miss our continued coverage of this case and the prosecutor’s office who is obliged to prosecute according to the law and not favoritism.

The Party’s Over for Club 71