In 2008, Whitney presented Gray with the idea of having ZurCrowner clients loan money to Dunmyer that would be collateralized with land that he owned. Absolute was in the middle of a huge development project, and as banking funds had dried up, Dunmyer promoted the idea he needed cash flow to continue building out the Somerset Meadows subdivision. Whitney and Dunmyer spent much time convincing Gray that the project would be profitable. They had to gain Gray’s trust and stamp of approval because ZurCrowner clients trusted Gray as he was the partner handling the investment and customer side of the business.

Gray was told that Dunmyer had prior debt that needed to be cleared up as part of the business transaction. After many hours of calculating cash flow models and listening to Whitney, Dunmyer and others, Gray felt convinced the project could be successful even in light of Dunmyer’s disclosed debt.

Whitney was to handle all the legalities of the loans. Whitney started by going to Albany Attorney Cordell Post to form a company called MTC, Inc. and have a legal agreement drawn up between MTC, Inc. and Absolute to make sure that every business aspect was handled according to law. Attorney Post was also hired to examine the promissory notes and deed of trust to see that they were of the proper and legal form to protect the lenders.

During June and July 2008, Gray spoke to ZurCrowner clients about them loaning money to Dunmyer so that Dunmyer and Absolute could complete the Somerset Meadows subdivision. The original plan was to use one half of the loaned money toward Dunmyer’s land debt and creditors; the other half of the loaned money was to develop the subdivision infrastructure and build homes to sell and repay the lenders. Nineteen people agreed to privately loan money through self-directed IRAs to Dunmyer and Absolute.

In August 2008, nineteen lenders signed paperwork agreeing to loan money from their self-directed IRAs at 12% interest over five years. Some lenders chose to defer the interest until their loans came due, and other lenders needed monthly interest payments. One lender was Gray’s father. First Regional Bank (FRB) in California administered the self-directed IRAs. Each and every lender directed FRB to loan his or her money to Dunmyer and Absolute.

Dunmyer collateralized the loans totaling $3,345,500 with a trust deed and promissory note finalized by First American Title Company (FATCo) on “Phase 5 and 6” of the Somerset Meadows subdivision, and Dunmyer included his own personal residence as additional collateral valued at $4.4 million. Somerset Meadows subdivision sat next to a brand new Greater Albany Public school site specifically placed by the district because of the 600 homes in the area and the potential increase of 600 new homes in the area. The city had platted over 125 build-able lots in this portion of the Somerset Meadows subdivision once it was developed. In the summer of 2008, developed city lots were selling for $50,000, and new homes were selling rapidly for as much as $200,000 through Hayden Homes and Absolute.

Gray, a highly ethical businessman, husband and father of six, was totally unaware that he was being scammed from day one. Randy Gray didn’t know Derek Dunmyer, but he thought he knew his trusted partner Scott Whitney. Gray had no idea that Dunmyer was a con-artist who reportedly had a gambling problem, who wasted money on Rolex watches, who wasted money on numerous expensive vehicles and who had allegedly cheated car dealers, his employees, vendors, subcontractors and people who had loaned him money.
Gray also had no clue that $200,000 described to him as a pay-off of Absolute’s debt was actually a pay-off of a loan owed by Scott Whitney. Whitney did know this, but he conveniently failed to inform his business partner Randy Gray. According to witnesses, Mr. Gray was shocked to learn he had been defrauded by Derek Dunmyer and his own partner Scott Whitney. Randy Gray is actually a victim in this case and not a perpetrator.

Even after Dunmyer cheated Gray, Randy still believed he could help the lenders complete the Somerset Meadows subdivision and receive payments in full on their loans. Derek Dunmyer disappeared, planning to simply file Bankruptcy on the lenders, Whitney decided he couldn’t do anything and the honorable and ethical Randy Gray worked his tail off day and night for two and a half years making interest payments to the lenders. He also became a contractor and started building homes in an effort to see that the lenders were made whole, until a grand jury indictment and his arrest occurred. A condition of release order from the State of Oregon prohibited Randy Gray from making any contact with the lenders.

During the investigation, Oregon State Investigator Ruth Johnson and her cohorts relentlessly questioned the nineteen lenders. The investigators coached the lenders during questioning; they inflamed the lenders; they planted false ideas in the lenders’ minds and the State of Oregon factually ruined any chance that the lenders would ever get the bulk of their money returned. In the end, after foreclosing on their loans and selling their collateral, the lenders only received pennies on their dollars.

On August 18, 2011, just before the case went to the grand jury in Linn County and just when the statute of limitations was just about to expire, special prosecutor Jason Weber presented Gray, Whitney and Dunmyer with a pre-indictment plea offer. The offer specifically sent to Gray threatened over 28 years in prison if convicted at trial. The rubber-stamping grand jury subsequently indicted Gray and Whitney of one count of racketeering, 16 counts of aggregated theft and 16 counts of unregistered sale of securities. Dunmyer was only indicted on a single count of Racketeering because of his acceptance of the state’s plea agreement.

Dunmyer signed a plea offer with the state on August 22, 2011 testifying that at the time of the 2008 loans, Gray and Whitney had assumed control over Absolute General Contracting, implying Dunmyer didn’t have control over where the money went. Dunmyer absolutely lied to prosecutor Jason Weber about this. Dunmyer is expecting to receive probation for his scam(s) and he is currently enjoying the good life by, believe it or not, selling real estate in Salem, Oregon. Shockingly his Oregon Real Estate Broker’s license, scheduled to expire on August 31, 2013, may be renewed by the Oregon Real Estate Agency. Scott Whitney took a separate plea agreement, received three years of prison and is sitting in a prison cell.

Randy Gray is fighting for his innocence, while supporting his wife and six children. The US~Observer fully intends to fight right along-side of this honest and ethical man.

Editor’s Note: Mr. Gray is currently represented by Lake Oswego Attorney James Leuenberger and he is being prosecuted by Oregon Assistant Attorneys General Daniel Wendel and Andrew Campbell. Oregon Attorney General Ellen Rosenblum is the responsible elected public official who is authorizing the prosecution of Randy Gray. The US~Observer prompts Attorney General Rosenblum to have one of her staff take another look at this unjust prosecution. If Attorney General Rosenblum is concerned with justice, she will find, as we have, that Randy Gray had absolutely no intent whatsoever to commit a crime of any nature. We also prompt Attorney General Rosenblum to tell the Oregon Real Estate Agency that Dunmyer has admitted he committed the crime of racketeering. We hope the Oregon Real Estate Agency will realize that it should not renew Dunmyer’s broker license.

The IRS is at it again, this time in Boston 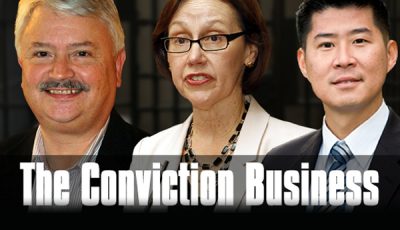 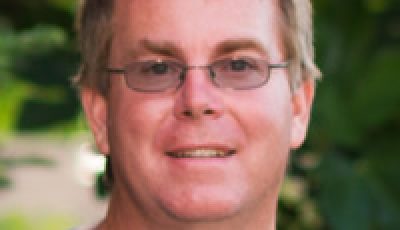