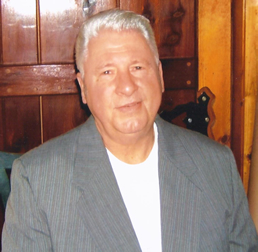 Prineville, Oregon 2011 – Concerned about the growing debt of the United States during one of the deepest recessions, and highest deficits this country has ever seen; one local man from Prineville, Oregon is standing up for the “Blue Collar” taxpayers of Crook County Oregon. Gerald (Jerry) Keller, 67 of Prineville Oregon was arrested on April 8, 2010 for voicing his (first amendment) concerns to a government (our) employee regarding the purchase of an H-1 Hummer for the BLM (Bureau of Land Management).

On the morning of March 11, 2010, Jerry Keller and wife Brenda were returning home in their vehicle when they witnessed a yellow H-1 Hummer approaching the roadway. As they neared the Hummer, Jerry stated “I noticed a BLM logo on the side of the vehicle.” As they passed the Hummer, Jerry turned to Brenda and stated, “Hey Momma, can you believe that, a 60-70 thousand dollar vehicle being used by the BLM.” Being a hard working tax-payer and law abiding citizen his entire life, with no criminal record and only one minor traffic citation over 40 years prior, Jerry pulled over to the side of the road. Jerry felt it was his duty to let the approaching driver of the H-1 Hummer know that he didn’t agree with his tax-revenue being used to purchase such lavish vehicles for the BLM.

According to Jerry, he never cursed at Renfro, he made peaceful and direct statements, then returned to his vehicle and went home. Jerry stated he was surprised to see BLM employee and operator of the Hummer, Benjamin Renfro “Wearing a red Hawaiian shirt, which is not a standard BLM employee uniform.”

During our interview, Jerry voiced his concerns about the USFS (United States Forest Service) and BLM. Working in the Timber industry most of his life, Jerry stated, “Both the USFS and BLM are over budgeted, under-producing and out of control. Look at our forests, they are nearly gone. What are they (BLM) doing with all of this money besides purchasing Hummers? They are thinning our land and destroying habitat for wild animals. Why do we need federal employees to take care of our forests? The States should take care of their own forests, and reign in on the wasted spending and save the taxpayers money.”

On April 8, 2010, almost one month after the alleged incident, Officer Jordan Zamora of the Prineville Police Department arrested Jerry Keller at his home residence for allegedly interfering with a Firefighter, Unlawful Entry and Disorderly Conduct. According to police reports, Jerry was cooperative. Despite his disagreement with police reports, Jerry is still voicing his concern for local tax-payers. He has built three signs and erected them on his property to help raise awareness for local residents of Prineville. He stated, “The District Attorney is now trying to use these signs against me, as if I’m some kind of extremist, in an attempt to build their case.”

One major concern is that Jerry Keller obstructed Benjamin Renfro from passing Jerry’s vehicle. The location of the incident was reportedly changed by Renfro during his statement; to a roadway with only two lanes, no center turning lane, or bike lane which is what was described as the location by both Jerry and wife Brenda Keller. The location where both Jerry and Brenda stated the incident took place was much closer to where Renfro’s statement puts Jerry and Renfro’s vehicles as Renfro pulled behind Jerry, coming from Deer St. turning onto West 9th St., headed north. According to BLM employee Benjamin Renfro’s own statement, he was only seventy percent certain of what Jerry Keller looked like. How could he be certain beyond a reasonable doubt of the location where the incident occurred? (This disproves Count 2: Disorderly Conduct)

Brenda stated that after reading the police reports, she couldn’t believe what Renfro was accusing her husband of. She stated, “As soon as Jerry exited our vehicle, I unbuckled my seatbelt and watched the entire incident.” She continued, “My husband’s thumbs were inside his pants pocket, with his fingers touching his jeans during their entire conversation.”

Renfro’s original half page – typed statement was brief. His second detailed statement to Prineville Police Officer Jordan Zamora was almost five full pages in length. The accusations by Renfro increased considerably. Given his uncertain initial recollection of specific details regarding the reported incident, this poses a question: How could Renfro remember so much more – thirty-one days after his initial statement? It is doubtful that someone who couldn’t get the license plate correct (according to the police report) and is only seventy percent certain about someone’s identity could all of the sudden have so much more to say?

Another important piece of information which was “QUOTED” several times in Officer Zamora’s report was the alleged “SLAMMING” on the brakes by Jerry while stopping his vehicle, creating “SMOKE OR DUST.” According to expert witness, Bob Fox, owner of Bob Fox Auto Repair, “44 feet of skid marks were produced by Jerry’s vehicle while ‘Slamming’ Jerry’s breaks, travelling at 25 miles per hour.” Mr. Fox also noted that while conducting his tests, “there was an absence of smoke and or dust while observing ‘Slamming’ on the brakes.” It is reported that these tests were conducted on the same type of roadway as 9th Street.

Another inconsistency in Renfro’s statement regarding Jerry “Slamming” on the brakes of his vehicle was the absence of “skid marks” altogether. According to one eye witness, and multiple sources, both disputed locations of the alleged incident, presented “No skid marks whatsoever.” This disproves Renfro’s statement. In fact, when comparing Renfro’s original statement with the statement produced by the police – this is the perfect example of a false and exaggerated police report, created to ensure a successful prosecution.

With a current government crisis on revenue and spending, many people are concerned with where to cut costs.  Our own elected politicians are often at such odds, that budgets are rarely agreed upon. One local business owner of Prineville stated, “Our government has grown so much that it is impossible to sustain it financially. Private sector employees of Prineville who are fortunate enough to have a job can barely afford to put food on the table, especially those who aren’t already receiving government assistance. When I see expensive BLM vehicles driving through town, it makes sense that people are outraged.”

Statements from BLM Administrative Officer Rachel Carver pose specific questions regarding the reported false charges against Jerry Keller – Was he obstructing the duties of a firefighter? Was the vehicle properly equipped to fight fires? Was employee Benjamin Renfro properly dressed in a fire fighting BLM uniform? On May 25, 2011, Rachel Carver from the Prineville BLM office returned my call and was very respectful and informative. Although she didn’t know BLM employee Benjamin Renfro, she stated, “It is very likely that a BLM employee was driving an H-1 Hummer that didn’t have an emergency light bar, or proper firefighting equipment; It is also possible that he was wearing a Hawaiian shirt in March of 2010.” She also stated that “During the off fire season, it is common for BLM employees to wear civilian clothing.” (This disproves count 1: Interfering with a Firefighter) The US~Observer would ask, how can a person interfere with a firefighter inside the City Limits of Prineville, Oregon, during off fire season?

Jerry stated “In an attempt to get another conviction, Crook County Prosecutor, Victoria Schwartz offered me a plea bargain on January 25, 2011 that excluded the Disorderly Conduct charge, and required that I plead guilty or no contest to count 1: interfering with a firefighter, and also pay a $500.00 dollar fine.” As Jerry again proclaimed his innonence, he stated, “I will not accept any plea offer, I am 100% innocent and will take this to a jury trial if I have to.” Offering Plea Bargains is a common practice for prosecutors and is a practice that is referred to as: “legal blackmail.” During a recent conversation with a prosecutor in California, he stated, “If you had asked me three years ago to be a defense attorney, I would have laughed. I have always wanted to put the bad guys behind bars. Since I became a prosecutor, I have butted heads with the District Attorney more often than the people I prosecute. I am now considering leaving the prosecutor’s office to become a defense attorney because the DA’s office is more concerned with convictions than serving justice.”

The US~Observer’s intent is to not portray a negative image upon Prineville BLM, or Prineville Police Dept., although it would be naïve to say that all law enforcement officers and government employees are truthful – specifically after conducting a thorough investigation into the false criminal charges against Jerry Keller.

One fact remains: 67-yr.-old Jerry Keller had never been arrested until April 8, 2010. The US~Observer has documented and proven many lies on the part of both BLM employees and bad police officers over the past twenty years. We also have many prime examples of embellished, altered and false  police reports.

The people of Crook County are asked to support Jerry, to support their right to voice their concerns, which is every Americans first amendment right. Everyone in Crook County should spread this article – the factual truth about Jerry Keller and the false charges that have been brought against this outstanding citizen. And remember, if this can happen to Jerry, it can happen to anyone residing in Crook County, Oregon.

Benjamin Franklin once stated, “Whoever would overthrow the liberty of a nation must begin by subduing the freeness of speech.” Don’t allow this to happen, Prineville! 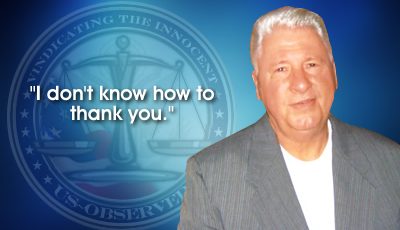