By Ron Lee
Investigative Journalist
(US~Observer) Washington D.C. – April 19, 2017 will forever mark the day when exonerated individuals were granted their rightful property back from the state. The Supreme Court of the United States (SCOTUS) ruled in the affirmative on Nelson v. Colorado that Shannon Nelson could recover the fines, fees and other costs associated with her case, which had been thrown out on appeal. The Colorado Supreme Court had, according to Justice Ruth Bader Ginsburg, just gotten it wrong when it came to their view on due process. 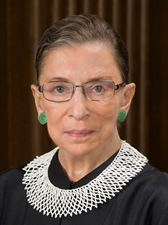 The case’s chief complainant, Nelson, was convicted in 2006 on five counts of sexual and physical abuse of her four children, and she was sentenced to serve 20 years in prison. Her conviction was subsequently thrown out on appeal due to a trial error, and at retrial a new jury acquitted her of all charges. During her initial sentencing she was ordered to pay court costs, fees, and restitution totaling $8,192.50. After her acquittal she was refused a refund of the money she had paid, even though a Colorado appeals court stated that state law required it. Her case went to the Colorado Supreme Court who said that she had to comply with Colorado’s Exoneration Act which required she prove her innocence.

In her majority opinion of the court, Ginsberg pointed out the obvious to the Colorado Supreme Court by showing that a person whose conviction has been vacated in any way still has the full force of due process on their side and they are to be considered innocent until proven guilty. Ginsberg went on to explain, writing, “Colorado also suggests that ‘numerous pre- and postdeprivation procedures’ — including the need for probable cause to support criminal charges, the jury-trial right, and the State’s burden to prove guilt beyond a reasonable doubt — adequately minimize the risk of erroneous deprivation of property. But Colorado misperceives the risk at issue. The risk here involved is not the risk of wrongful or invalid conviction any criminal defendant may face. It is, instead, the risk faced by a defendant whose conviction has already been overturned that she will not recover funds taken from her solely on the basis of a conviction no longer valid. None of the above-stated procedures addresses that risk, and, as just explained, the Exoneration Act is not an adequate remedy for the property deprivation Nelson … experienced.”
Finally, a tiny amount of common sense has injected itself into the justice system.
Next Story