USA – Asset forfeiture is a hot topic. People are either for taking the property of others, specifically criminals, or they are against it. 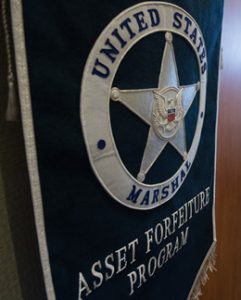 The latter know that the government doesn’t have to prove a person’s guilt in order to seize their property. They also know that this behavior hurts those who are truly innocent of the charges levied against them. By the government stealing the means to defend oneself (funds that could be used to secure an attorney, or even better, the services of the US~Observer), the government is assuring themselves a conviction.

But government always seeks to enrich itself and to ensure their desired outcome. 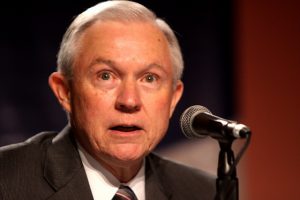 In a move that has many on both sides of the political aisle upset, Attorney General Jeff Sessions signaled a return to increased asset forfeiture while speaking at a National District Attorneys Association Conference. Sessions stated at the Minneapolis event, “[W]e hope to issue … a new directive on asset forfeiture—especially for drug traffickers.” He explained further saying, “With care and professionalism, we plan to develop policies to increase forfeitures. No criminal should be allowed to keep the proceeds of their crime. Adoptive forfeitures are appropriate as is sharing with our partners.”

Asset forfeiture became a prized hammer in law enforcement’s tool chest in the 1980s, when the government was struggling to combat organized drug cartels. Law enforcement groups say the laws allow them to disrupt drug trafficking operations by targeting their proceeds—cars, cash, and guns.

However, the practice has exploded since then, and civil liberties groups and political advocacy organizations, both liberal and conservative, say the perverse profit incentives and lack of due process for property owners lead to far more average citizens having their property seized than cartel bosses.

The Justice Department plays a huge role in asset forfeiture through its Equitable Sharing Program, which allows state and local police to have their forfeiture cases “adopted” by the federal government. The feds take over the case, and the seized money is put into the equitable sharing pool. In return, the department gets up to 80 percent of those funds back. The equitable sharing program distributes hundreds of millions of dollars a year to police departments around the country.

Who Does Asset Forfeiture Hurt?

Again from the Reason Article:

A Reason investigation of more than 23,000 police seizures in Cook County, Illinois over the last five years showed that Chicago’s poor neighborhoods were hit hardest by asset forfeiture. A similar investigation of Mississippi court records showed that law enforcement recorded many big hauls of cash, but the records were also littered with petty and abusive seizures.

A 2014 Washington Post investigative series found that warrantless police seizures of cash through the equitable sharing program have boomed since 9/11, hauling in $2.5 billion. Also in 2014, for the first time ever, the U.S. government seized more property from Americans than burglars did.

More than twenty states have passed some form of asset forfeiture reform in recent years, but forfeiture opponents say the equitable sharing fund essentially allows local and state police to avoid those new laws by going through the federal government.

One thing that is certain is the policy of expanding asset forfeiture will harm everyday citizens. Punishing a person by stealing their property, simply because of an allegation of wrongdoing, is cruel and unusual punishment.

But then again, government is doing everything it can to say what you have earned is not your property.

One would hope that freedom lovers will rise up and stand against this type of government overreach. If not, rest assured, asset forfeiture will impact your life.

Don’t believe me? Here is what the Heritage Foundation article had to say on the topic:

There are many stories of innocent people having their property seized. For example, between 2006 and 2008, law enforcement agents in Tenaha, Texas, engaged in a systematic practice of seizing cash and property from innocent drivers with absolutely no evidence of wrongdoing. In Philadelphia, police seized the home of two sisters whose brother, who did not live there, showed up while trying to evade the cops. In Detroit, cops seized over a hundred cars owned by patrons of an art institute event—because the institute had failed to get a liquor license. You can be totally innocent and still be unable to stop the government from seizing your property.

So, who protects us from government thugs out to take our property? A more powerful or larger government? I think not.

Personally, Sessions needs to go – that would be a start.

Editor’s Note: Should you be faced with asset forfeiture, contact the US~Observer immediately. Email: editor@usobserver.com – 541-474-7885. Not only can we aid you in your overall case, but we are one of the only options when it comes to getting your property back.