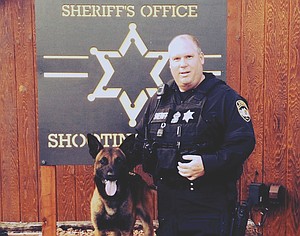 Okanogan County, WA – On December 8, witnesses saw a truck, running on rims only on its driver-side, driving down the wrong side of Highway 97 near Brewster, before being stopped by a Brewster Police Officer. Inside the vehicle was Shane W. Jones, a 46-year-old Okanogan County Deputy Sheriff, who nearly fell down when getting out of his vehicle. Reports state Jones’ eyes were bloodshot and he spoke to the officer with slurred speech.
He had been driving his personal truck and was not on-duty at the time of the incident, which was reported shortly after midnight by another driver.
While he declined a field sobriety test, a warrant was issued by a Okanogan County judge and blood was drawn for testing at Three Rivers Hospital which showed no alcohol in his system. Instead, the blood sample tested positive for Alprazolam, otherwise known as Xanax, a powerful central nervous system depressant used to treat anxiety disorders. It can be highly addictive.
Jones has been placed on paid administrative leave pending an internal investigation by the county’s insurance risk pool and hearings, to be conducted by the under-sheriff. According to one report, the hearings will, “determine if Jones broke any of his agency’s policies or procedures, and if discipline is warranted.”

One thing is certain, this isn’t the first time Jones has been in trouble for being behind the wheel inebriated. In 2006, Jones was fired by Okanogan County Sheriff Frank Rogers for what has been described as belligerence, and lying about a gun being in his vehicle to a trooper who had pulled him over on the suspicion of driving under the influence. During that event, Jones’ blood alcohol was registered as a 0.15, with 0.08 being the legal limit. According to reports, the DUI charge was deferred and five years later dropped.
Jones was apparently reinstated to his deputy position after an arbitrator determined the firing was to tough a penalty. Jones was awarded almost $200,000 in back pay and attorney fees.
One has to wonder if there is any justice in Okanogan County…
Previous Story

Mother Falsely Accused of Child Abuse Wins 3.1M Against Child Caseworkers, Still Does Not Have Custody of Son 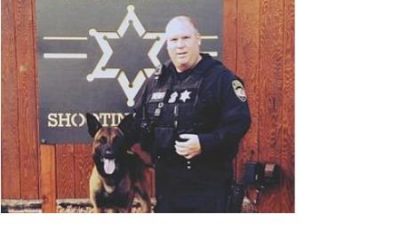 Inebriated deputy resigns and rakes in another $20k