Mother Falsely Accused of Child Abuse Wins 3.1M Against Child Caseworkers, Still Does Not Have Custody of Son

By Joseph Snook
Investigative Reporter
Los Angeles, CA. – Rafaelina Duval recently won a civil lawsuit for $3.1 million when a jury found that California’s Department of Children and Family Services (DCFS) “intentionally and willfully” seized her young son, Ryan, from her custody without a warrant and with malice at the young age of fifteen-months old.
Duval’s attorney, Shawn McMillan said, “The law is very clear and they (DCFS) get training on this, you cannot seize a child from its parents unless there’s an emergency.”
After taking baby Ryan from his mother, social workers disallowed reunification, claiming that Duval had Munchausen Syndrome by Proxy. This syndrome is when a parent intentionally makes a child sick to gain attention. The only catch – sources stated that Duval was never diagnosed with this syndrome – it was all just a “hunch” by social workers who don’t have the ability to diagnose!
Seven years later, Duval only receives an hour and a half of visitation with her son every two weeks.
Young Ryan is now eight-years-old.
In another report, Duval stated, “No money can ever satisfy how I feel.”
This case is a painful reminder that agencies like DCFS have little accountability within family courts. Mirroring that sentiment, a Judge in Oregon recently called child caseworkers/social workers, “the custody police.” Cases like Duval’s are not limited to California.
Another family who claimed to be a victim of DCFS stated, “how can they (DCFS) be held liable financially, while continuously separating a son from his reportedly loving mother?” 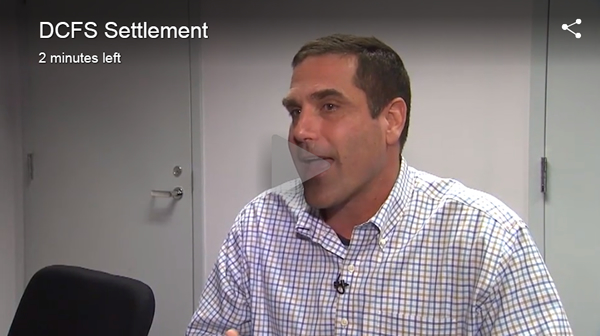 According to video reports, California State will be on the hook for the $3.1 million award, and the yet to be determined amount for punitive damages will be personally paid by the DCFS employees who took her son.

BANNED FROM THE BENCH FOR LIFE