“Thank you! Thank you so much! We can finally move on with life.” 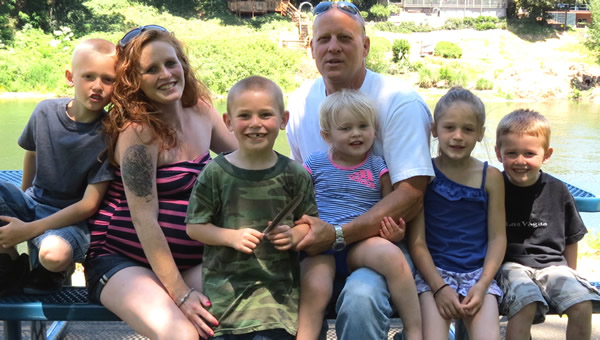 Sarah Walker, with her father Dennis and her children. With the assistance of the US~Observer, Sarah fought DHS abuse and won.

One anonymous call can ruin the lives of your entire family. That’s what Sarah Walker and her family discovered.

According to documents received by the US~Observer an anonymous caller contacted the Oregon Department of Human Services (DHS). The caller claimed that Sarah’s children “were filthy and living in unsanitary conditions.” DHS used this opportunity to move in and interview the children at their school, unbeknownst to Sarah.

When the interviews were over, DHS contacted Sarah and the nightmare began. DHS wanted to conduct another interview on Sarah’s 9 year-old daughter, which Sarah denied.
Soon, Sarah found herself in court.

With only a court-appointed lawyer with her at the hearing, the judge informed Sarah that she must “have her daughter present for an interview within one hour, or the police would be there to pick her (Sarah’s daughter) up.” The judge also informed Sarah that her daughter was presently “in temporary legal care and custody of DHS Child Welfare.” Sarah could retain physical custody of her daughter, “providing that you (Sarah) comply with the following conditions…”

Sarah complied and brought her daughter to the interview; however, Sarah was barred from the building while the interview took place. Sarah, who has never been convicted of a violent crime, waited nervously until the interviewers returned her daughter without saying more than a few words.

What could Sarah do? She was stuck. If she defied the order for a physical examination, she risked losing her children to foster care and getting arrested. There’s something wrong with the system when a mother like Sarah is unable to fight against a group of people who were willing to steal her daughter’s innocence based on a single “anonymous allegation” and a dubious interview with a child.

Sarah was forced to comply and bring her daughter to the medical exam. The results were negative. No evidence of sexual abuse was found.

Even without evidence the DHS abuse continued, but it wouldn’t last for long.

Standing by Sarah, her father and her children, the US~Observer offered the support they needed – guidance.

Soon, Sarah found herself in a courtroom where DHS didn’t even show up. Her case was “closed.”

Editor’s Note: We do not dispute that many children are harmed and require DHS intervention. However, in this case and in numerous other documented cases across the US, DHS has over-stepped its bounds and abused its power.

If you have been harmed by DHS abuse, contact us before you lose your family – 541-474-7885 or editor@usobserver.com. 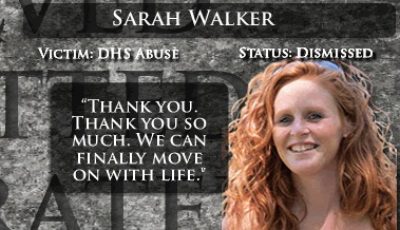