“Thank you for everything… You are the bomb!” 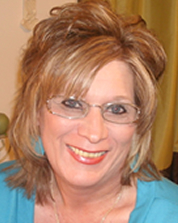 Realtor Pamela Fanning joined a team of highly motivated business professionals to form a new business. She had experience, knowledge and knew the market well. Her new business was essentially a trade with other realtors. She would provide them lists of pre-screened professionals who offered services to new home owners. In return, the other realtors would receive free services from her company. The new business was quickly thwarted by authorities after a complaint was filed. Afterword, Pamela, who had no criminal history, found herself facing 90 years in prison. She was indicted on false Racketeering Influenced Corrupt Organization (RICO) charges.

Having nowhere to turn, Pamela joined her teammates who hired the US~Observer Newspaper to fight for their freedom.

Pamela knew she was innocent. The false RICO charges were just that – false. Her push for vindication by the system she blindly entrusted quickly changed once local prosecutor John DuBose filed the wrongful criminal charges. Above all, Pamela found that relying on a broken system for justice is not to be taken for granted – it must be fought for!

The US~Observer investigated and published the facts surrounding Pamela’s false RICO charges. Next, things took a turn for the better. Evidence was finally forced upon DuBose – via a National Newspaper. Afterword, Prosecutor John DuBose was left with no other option but to dismiss her false RICO charges.

Pamela was finally vindicated by the US~Observer. Facing 90 years in prison caused her an immense amount of undue stress. Finally, her lingering 90 year sentence was gone! Being wrongfully accused is not to be taken for granted, and Pamela can attest to that. Today, Pamela is happily enjoying her well deserved freedom!

If you, or anyone you know are facing false RICO charges, criminal charges, or civil charges – contact the US~Observer before it’s too late. We can help!