“I want to thank you for all you have done, from the bottom of my heart.” 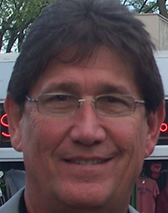 Rusty was approached and asked to invest with in a new real estate service business by a friend. His experience in business led him to see the benefit of this venture. So, he accepted the offer and began pushing to make the new business a huge success. His new company would provide a list of pre-screened professionals who offer new home owners necessary services. In return for realtors providing the list to new home owners, Rusty’s company would provide free services for realtors. The idea was gold. Unfortunately, the promising business quickly became a nightmare. Rusty was indicted on Racketeering Influenced Corrupt Organization (RICO) charges.

Before the business began providing a return for his investment, a complaint sparked an unwarranted, and worse – an inept investigation by local authorities. Despite being innocent, Rusty was falsely arrested and charged with Racketeering Influenced Corrupt Organization crimes.

Being a Veteran with no prior criminal history, Rusty couldn’t fathom the possibility of being sentenced to 90 years in prison for crimes he never committed. For this reason, Rusty went on the offensive, relying on his keen sense of business and past military training. He found the US~Observer Newspaper with the help of his son. After having spent nearly $100k on attorney’s fees, he jumped at the chance to have a national newspaper investigate his case for the purpose of vindicating him, his business, and his partners.

The US~Observer did just that. Upon receiving irrefutable evidence of his innocence, the US~Observer published several articles, systematically proving Rusty had committed no crimes whatsoever. Not long after, Rusty received the good news – his Racketeering Influenced Corrupt Organization charges had been dismissed! Rusty is now enjoying his retirement, and more importantly, his freedom.

If you, or anyone you know are facing false RICO charges, criminal charges, or civil charges – contact the US~Observer before it’s too late. We can help!