Pensacola, Florida – On March 20, 2012, Defendant Rusty Liscoe was subpoenaed for a deposition with Prosecutor John DuBose. On March 21, 2012 the First Judicial District of Florida, Escambia County dismissed all criminal RICO (Racketeering Influenced Criminal Organization) charges they had held over 63 year-old Rusty Liscoe’s head since he was charged with serious felony crimes on July 8, 2010.

Four defendants, including Liscoe hired the US~Observer on September 6, 2011 and one other defendant was included free of charge due to the severity of her charges (possible 90 year sentence) and her level of involvement in the business, which was the same as Rusty Liscoe, who is now a free man.

Another owner involved, Jeanne Weyburn of Pensacola, was never charged. Weyburn received a letter from Prosecutor John DuBose on February 22, 2012, which stated that DuBose didn’t have any evidence in front of him at that time that showed she committed any crime. Weyburn’s involvement in the business was the same as Rusty Liscoe and pretty much the same as the other owners who were charged.

An infamous man once said that there are only two ways to completely eliminate a business partner, “Kill them or have them put in prison.”

This article exposes alleged crooked businessmen aided by totally corrupted public officials to FRAME and prosecute innocent business partners in order to allegedly achieve the goal of – “Kill them or have them put in prison.”

Let us introduce the players in this “Good Ol’ Boy’s Club” as reported:

Pictured from left to right:

Here are the real victims – the business partners who were falsely arrested and charged:

During the month of January 2010, Pepper Rodgers’ company, Top Level Consultants (TLC) was retained by his father, Jimmy Rodgers new company, The Comfort Club (TCC) as a sales force outsource. TLC was to provide (TCC) with a vendors list and retain Real Estate Brokers for TCC’s concept. This is where the trouble started. 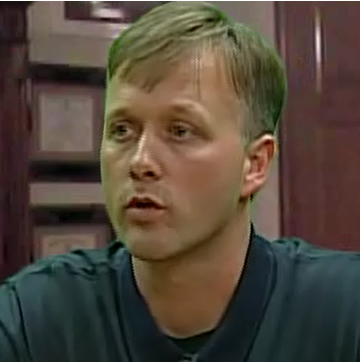 Pepper’s wife at the time, Lindsey Rodgers reportedly did not like the idea of him working on the road. Soon, Lindsey began communicating with Jimmy’s partners, Cliff and Clint Killingsworth, which eventually led to an effort to disrupt and destroy the business and criminalize the other partners. Soon, Lindsey and the Killingsworth’s were allegedly contacting business partners of Mr. Rodgers as well as local law enforcement with trumped up lies of theft and fraud aimed at TCC and its other partners. According to Lindsey Rodgers, “Killingsworth called me over 40 times.” 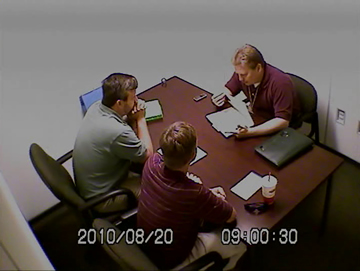 Eventually, Escambia County Deputy Sheriff David Ingram began an investigation of TCC and its owners. David Ingram was clearly biased, which was evident during taped interviews obtained. Ingram appeared to act as the judge and jury on the case, while talking to witnesses. It was his opportunity to save the day, even if he had to invent phony crimes and allegedly conspire with reported criminals to achieve his goal. It was in the spring of 2010, when Ingram joined forces with alleged criminals Cliff and Clint Killingsworth and their attorney, Robert Beasley to allegedly spring a trap on TCC’s partners, that would eventually land the defendants in jail for what should have amounted to a civil dispute, at best.

PUT THEM IN PRISON

Unbeknownst to TCC’s partners, time was running out for their new and successful business. The fourth of July had just passed when all the partners were making big plans to go nationwide with their new business model. Meanwhile, the Good Ol’ Bo’ys had other plans. It was early Thursday morning on July 8, 2010 when there was a knock on Jimmy Rodgers’ door in Lakeland, Tennessee. Officers from the fugitive squad of the Shelby County Sheriff’s Department were there serving an arrest warrant for what would later be determined as RICO charges. Jimmy Rodgers was arrested and informed that he would be transported back to Pensacola to post a $101,000 bond. Sheila, Pepper, Rusty and Pam were all asked to turn themselves in, which they did. All were assigned outrageous bonds, designed to keep all parties in jail or at least cripple them financially.

This is where certain members of the Good Ol’ Boy’s scheme turned diabolical. They arranged for 58 year old Jimmy Rodgers to be placed in the hands of a State of Florida contracted transport company to undergo “Diesel Therapy”, which is reportedly a modern-day form of torture.

On July 16, 2010, 8 days after his arrest, Jimmy Rodgers was booked into the Escambia County jail. Just one look at his mug shot shows the effects of what an 8 day journey will do to someone who is not accustomed to that type of treatment. Fortunately, Jimmy Rodgers had become “much stronger mentally” with plenty of time during his transfer to think about who was behind this injustice.

DEFEND US OR “YOU’RE FIRED!”

Donald Trump is not the only one who can utter the famous words, “You’re Fired!” Four of the five defendants in this case had to fire their lawyers.

Attorney Barry Beroset, who was hired by Rusty Liscoe, was FIRED after the US~Observer instructed Liscoe to do so, due to the fact that in the US~Observer’s opinion he had “sold previous clients down the river.”

Attorney Michael Griffith – Pamela Fanning’s attorney. Reportedly FIRED for not preparing a defense and for allegedly trying to force Ms. Fanning to accept a plea bargain where she would serve 15 years in prison.

Attorney Rick Hill – Jimmy Rodgers’ attorney. Reportedly FIRED for disclosing confidential information that Jimmy had given him to other attorneys on the case.

Attorney Scott Tatum – Pepper Rodgers attorney. Reportedly FIRED for trying to sabotage Pepper’s case and have him convicted. According to Pepper Rodgers, Scott Tatum attempted to get him to commit perjury. This allegation was made in open court before Judge Linda L. Nobles during a Nelson Hearing. Nobles left Tatum on the case at that time. During Edward Snook’s subsequent deposition, Tatum was observed receiving notes from prosecutor John DuBose in a reported effort to impeach testimony that was clearly in favor of Tatum’s client, Pepper Rodgers. Tatum was exposed by the reputable attorneys now on the case who witnessed this. Allegedly, Tatum admitted this to the judge and was dismissed from the case. It is more than apparent that Edward Snook had both DuBose and his buddy Tatum completely rattled during his deposition.

Assistant Prosecutor DuBose’s no-show at recent court hearings, reportedly due to the health of his father had the defendants wondering if they will ever see an end to this grave injustice. However, at a recent hearing, DuBose’s superior, Russ Edgar was there to cover for him. Russ Edgar acted as if he were in the dark on this case and stated to Judge Nobles that he would “get to the bottom of this.” In all likely-hood this case will go on for well over 2 years before it sees any form of justice. We will see if Prosecutor Russ Edgar has any ethics, or if he is just as corrupt as John DuBose, or if he could possibly have been a part of this life-altering false prosecution from the beginning.

John DuBose subpoenaed Rusty Liscoe to his office for a meeting that lasted over an hour on March 20, 2012. After listening to the taped deposition or Mr. Liscoe, it was obvious, having investigated this case that Rusty Liscoe told the absolute truth. All defendants should have had their false charges dropped. Instead, John DuBose only dropped Liscoe’s charges – Nolle Prosecute the next day, yet DuBose kept the false charges against the other owners, who had virtually the same involvement as Liscoe. This is absolute Selective Prosecution, in its purest form.

WHO IS TO BLAME? 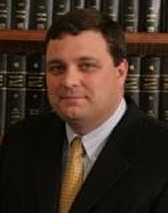 Attorney Robert Beasley – Beasley, reportedly the Killingsworth’s childhood friend and their business attorney since day one of his practice, has been mentioned numerous times. According to reports and emails Robert Beasley performed due diligence before the Killingworth’s became partners with the Defendants. That’s right, PARTNERS, not advertisers or investors, but PARTNERS. According to statements, it appears that Robert Beasley has lied in an effort to get rid of his clients “partners” and make it possible for the Killingsworth’s to have the business all to themselves. Beasley, who relies on his cover as a reputable attorney, is possibly one of the main people involved in the Good Ol’ Boy’s Club.

Beasley and the Killingsworth’s are reportedly well known supporters of Governor Rick Scott. Could this Good Ol’ Boy’s Club reach all the way to the Governor’s mansion? Why else would Governor Scott get involved with the alleged murder of Trayvon Martin and not be willing to look at the corruption in TCC’s case or many other false prosecutions in Pensacola, Florida? If Governor Scott can appoint a special prosecutor to the Martin case – which is evidently due to media exposure, then he has the absolute power to do the same in this case. Governor Scott has been fully informed of this corruption by the US~Observer and he has remained silent. Due to Scott’s silence in this case, the US~Observer has opened an investigation into his alleged illegal activities and involvement in “privatizing” State of Florida prisons and other issues concerning highly questionable activity on his part…

Florida Attorney General, Pam Bondi also has the authority to remedy the injustice which has kept these innocent business owners fighting for their freedom.

Bill Eddins, State Attorney for the First Judicial Circuit of Florida is in charge of Russ Edgar and John DuBose – making him responsible as well. We have been compiling plenty of information on Mr. Bill Eddins over the past three years, that the public should find much more than interesting…

By Russ Edgar’s involvement at a recent hearing, stating he would “get to the bottom of this”, he is now directly responsible for the actions of deciding whether or not to continue prosecuting this case. There is clearly enough evidence that proves the defendant’s innocence, but let’s focus on who should stop this injustice – Russ Edgar and Bill Eddins. These two men hold all the power in North Florida and they need to end this now.

MUG SHOTS TELL IT ALL 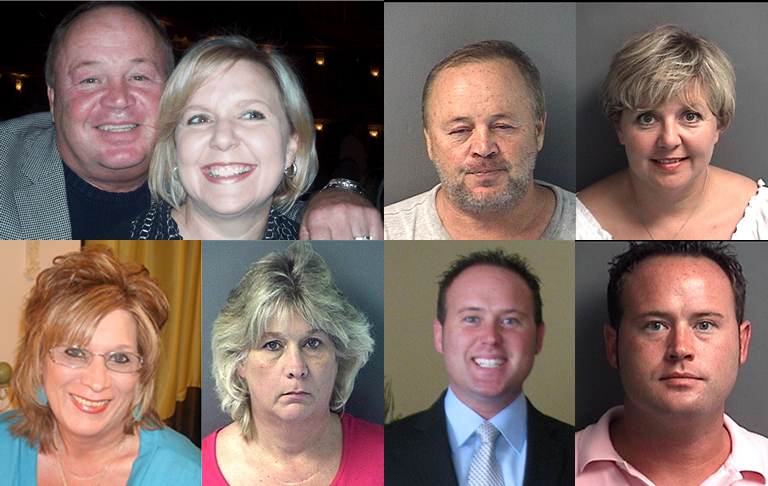 Pictured above: Jimmy and Sheila Rodgers (top), Pam Fanning and Pepper Rodgers (below)

One look at the mug shots compared with normal photos of the five defendants in this case will give you a quick read into their paralyzing fear. This is what the sick minds within some law enforcement and prosecutor’s offices thrive on – A few demented and depraved individuals who hide behind the respectful facades of their badges or titles.

REPUTATIONS ARE BEING EXTORTED

Google any one of the defendants using their name and Escambia County and you can find the mugshots above. For a price, certain companies will take your mugshots off their site, which are search engine monsters. Without the money to do so, you will likely remain there FOREVER! Forget about a future, forget about a job, and absolutely forget about justice… “KILL EM’ OR PUT EM’ IN PRISON.”

“I feel like the reason why I’m sitting here, having to be accused of what I’m accused of is
because of the Killingsworth’s and an attorney named Beasley.”
– Rusty Liscoe, during his deposition

There will be more updates as this case moves forward. Fortunately, for Rusty Liscoe, one of the original defendants, his charges have been dropped. If prosecutor’s Eddins, Edgar and John DuBose are to do the right thing, they will use citizens tax dollars wisely and serve justice in Escambia County, Florida and drop all of the charges in this case.

UPDATE: All defendants in this case have now been vindicated. Jimmy and Pepper Rodgers were the last of the five people indicted to have their charges dismissed.