“If you have been falsely accused, you must contact the US~Observer. Without them, my life was over.” 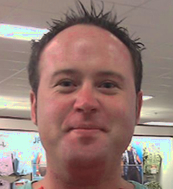 Pepper Rodgers set aside a promising medical career to begin a real estate advertising business with his father and several other partners. The new business provided a list of pre-screened professionals to new home owners for essential services. In return for the referrals, Pepper’s business would provide free services to benefit realtors – helping them garner more sales.

The business had already proved fruitful in other markets, and was about to launch in Pensacola, Fl. when a few complaints were received by local authorities regarding timing issues. Pepper had entered into legal contracts with his clients to alleviate any problems. To further protect himself, Pepper and his partners had their business plan lawfully scrutinized and approved by a their business attorney. Despite efforts to protect their business and clients, Pepper was charged with Racketeering Influenced Corrupt Organization (RICO) charges.

Local authorities failed to perform an adequate investigation before charging Pepper with RICO crimes that carried a 90-year-sentence if convicted. After being charged with false crimes, Pepper and his business partners contacted the US~Observer for help. After a thorough investigation, and publication, Prosecutor John Dubose and his boss, Russ Edgar were left with no choice but to dismiss Pepper’s unwarranted RICO charges. Pepper was a finally vindicated with the US~Observer’s help!

After the false criminal RICO charges leveled against Pepper and his business partners were dismissed, Pepper sought a civil lawsuit to remedy his costs.  Pepper stated, “They (US~Observer) will help you more than any attorney. I speak from personal experience…”

If you, or anyone you know are facing false criminal, or civil charges – contact the US~Observer before it’s too late. We can help!